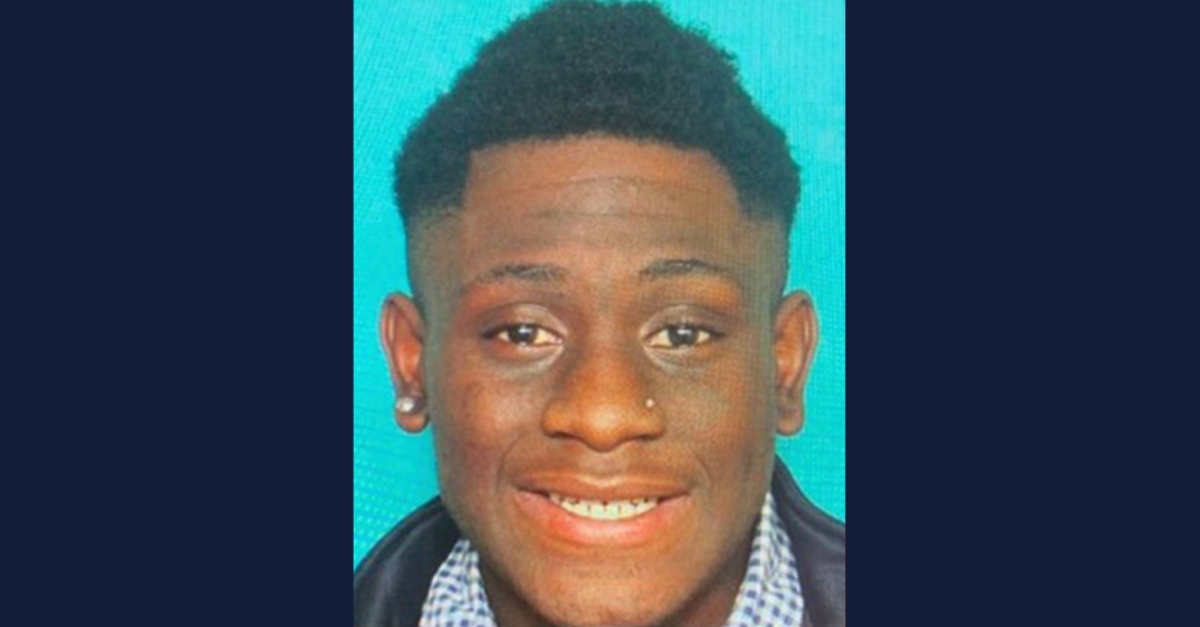 The man convicted of murdering an elderly hotel employee and badly injuring a customer blew kisses at the deceased woman’s family as he was kicked out of court during his sentencing hearing. Terry Dewayne Powell, 20, was grinning, according to KTBS.

Powell was convicted last month on charges including second-degree murder, and attempted second-degree murder after robbing and killing Lynda Palmer, 75, when she was working the night desk at Best Western Plus DeSoto Inn & Suites in the city of Mansfield, Louisiana. Powell also shot survivor Matthew Yeager, a hotel customer, in a separate robbery an hour and a half later. Investigators only learned about Palmer’s death after Yeager called 911. Surveillance footage captured the crimes, authorities said.

Powell was kicked out of court as DeSoto District Judge Amy Burford McCartney was about to hand down the sentence. Powell was making comments, which KTBS described as inaudible. He had refused to stop talking when the judge ordered him to be quiet.

Powell grinned and blew kisses at Palmer’s family in the front row as the bailiff escorted him out.

After a break, McCartney brought Powell back into the courtroom, calling his behavior “derogatory” and “unacceptable.”

“If you can’t stand silent, we will silence you,” the judge said. There was a roll of duct tape on the bailiff’s desk.

The judge handed down a sentence of life plus 50 years, and set the sentences for the Palmer and Yeager shootings to run concurrently.

Palmer’s family had poured their hearts out in victim impact statements. Her daughter Hope Rascoe said she relived every day receiving the phone call that her mother was shot and killed. Palmer was not just a mother and grandmother but her best friend.

Lynda kept working at 75 because she loved people, she said.

“She had many more years to live,” Rascoe said. “She was stolen from us for no reason.”

Palmer’s “beauty was undeniable,” her laugh was contagious, and her heart was bigger than the planet, said Lynda’s daughter Heather Palmer.

“Without her, I wouldn’t be the person I am today,” said Logan Matheny. Palmer and her husband took him in and raised him as their son. “No one understands what it’s like to have your mother taken in this way.”

In a statement read on her behalf, Yeager’s wife said her husband had to undergo many surgeries, months in the hospital and rehab, and to face physical pain, financial stress, and mental stress from survivor’s guilt.

[Image from the wanted poster via DeSoto Parish Sheriff’s Office]