N.C. Mom Indicted for Allegedly Murdering Adopted Son Whose Injuries Included an ‘Abrasion on the Tip of His Penis and a Laceration on His Scrotum’ 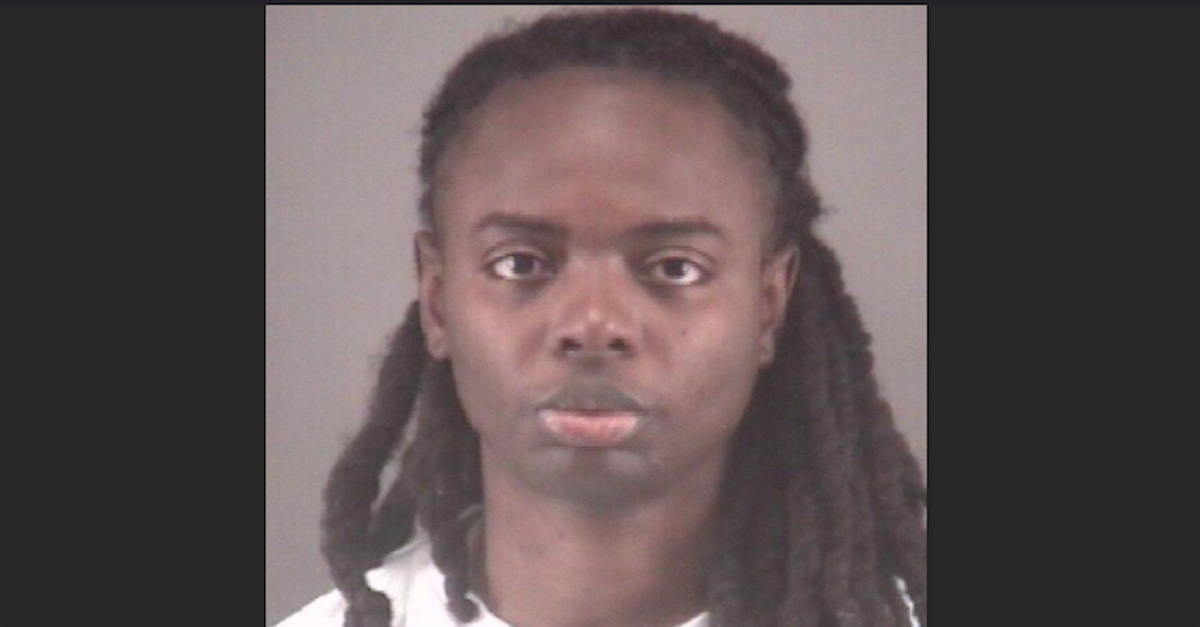 Warning: the details of child abuse in this case may be upsetting to readers.

A North Carolina mother was indicted this week in the death of her adopted 5-year-old son after police say she admitted to taping the child’s mouth shut and beat him with objects such as a phone charging cord and a yard stick.

Kimberly Monique Smith, 37, was formally indicted Monday on one count of first-degree murder in the June 6 death of her young son, Kendall Marquise Smith, the Winston-Salem Journal reported. Smith was also charged with intentional child abuse inflicting serious bodily harm, also a felony, for the alleged abuse inflicted on her 6-year-old son. She has not been indicted on the abuse charge.

According to a press release from the Winston-Salem Police Department, officers and Emergency Medical Services responded to a call about an unresponsive child at a residence in the 2000 block of Whisperwood Street in Rural Hall at approximately 9:53 a.m. on June 6. Upon arriving on the scene, first-responders found Kendall not breathing and attempted life-saving procedures while rushing him to Brenner Children’s Hospital. He was pronounced dead later that day.

According to a search warrant obtained by the Winston-Salem Journal, Officer J.M. Shupe accompanied Kendall to the hospital where he observed that the boy had suffered “extensive bruising on his body,” and also “had an abrasion on the tip of his penis and a laceration on his scrotum.”

An autopsy performed by Dr. William Harrison, a pathologist at Atrium Health Wake Forest Baptist, reportedly determined that Kendall’s death was a homicide caused blunt force trauma to the back of the head. Harrison also reportedly found unique bruises up and down Kendall’s body that police say were later matched to a belt buckle in Kimberly Smith’s home. Investigators believe the belt was among the weapons Kimberly used to allegedly beat Kendall.

“Detectives also compared the masking tape found at the scene and determined it had been used to tape Kendall’s mouth shut by wrapping it twice around his head and neck,” the search warrants reportedly said.

In an interview with police, Kimberly’s stories about what happened allegedly changed multiple times. She initially told investigators she was holding Kendall when she tripped on her other child and dropped him on his head, the report stated. But her other son reportedly told a social worker that his mother actually hit Kendall with a wooden yard stick before moving using the phone charging cord and the belt.

Kendall’s brother also reportedly said that his mother had “flicked his and Kendall’s genitalia for wetting the bed.”

Days later, on June 8, Kimberly Smith reported denied having any involvement in her son’s injuries, saying the victim was “clumsy” and fell while running in his room and later collapsed. Dr. Harrison said, however, that it was very unlikely Kendall’s injuries resulted from any kind of fall; officers took Smith into custody later that evening without incident.

According to the report, Smith later admitted that she had “had taped Kendall’s mouth shut to keep him from screaming and that she had hit him with a yardstick and charger cord.” She also allegedly said she was making the boy run “suicide drills” in his room as punishment because he drank after 5 p.m.

According to the Winston-Salem Journal, one of the search warrants said that a search of Smith’s computer showed that she had performed an online search for funeral home locations that performed cremations.

Lt. Gregory Dorn of the Winston-Salem Police Department told Florence CBS affiliate WBTW-TV that Kimberly has been the children’s legal guardian for about two years, and described the investigation as “the worst case of abuse he’s seen in 16 years.”

Smith is currently being held in Forsyth County Jail without bond.