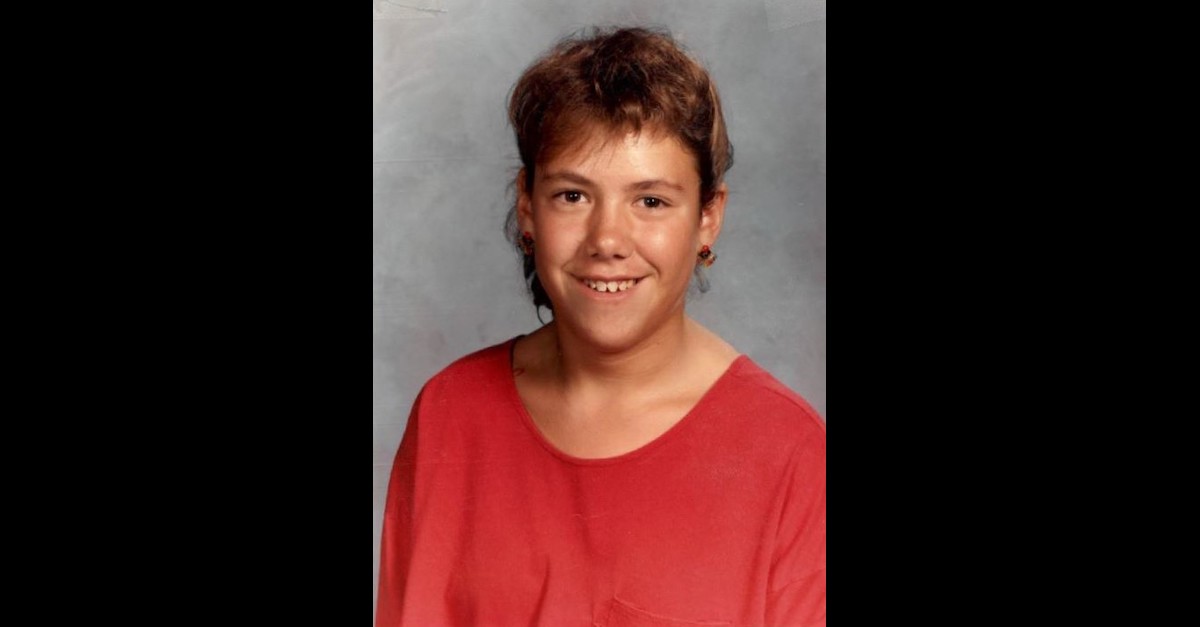 Stephanie Issacson went to school around 6:00 a.m. on June 1, 1989, and never returned home. Her body was discovered sexually assaulted and strangled later that day after she did not return home.

A donation from local resident Justin Woo helped spur DNA testing on area cold cases, the LVMPD said in a news release. The department picked Isaacson’s unsolved death to be one of the cases examined.

➡️COLD CASE SOLVED: Our news conference is underway regarding a 32-year-old Las Vegas homicide cold case. An anonymous donation allowed us to work cold cases with very little DNA.
📲This is the story of Stephanie Issacson, 14, who disappeared on June 1, 1989 pic.twitter.com/rJNXi1vCZu

Othram Labs of Texas worked with a sample from the crime scene consisting of a minuscule amount of DNA — 120 picograms, or less than 15 human cells. Through genome sequencing and “genealogical research,” the lab identified Darren R. Marchand as a suspect in the case. Marchand died by suicide in 1995, the LVMPD said.

Before he died, Marchand was a wanted man in another killing. The police department said in a news release that he was arrested “in connection to the murder of Nanette Vanderburg in 1986 but the case was dismissed.”  Police later said in a news conference that there wasn’t enough evidence to press forward with the charges involving the Vanderburg killing.

Still, “Marchand’s DNA from the case involving Nanette was compared to the DNA located in Stephanie’s case and it was a match,” the department noted.

The testing took about seven months to complete, the police said in a news conference.  It involved new technology — hence why the samples were not successfully tested in the past.

The Las Vegas Sun reported that other DNA samples were tested in 1998 and in 2007 and uploaded to a national database — to no avail.  The new technology established the match.

“I’m glad they found who murdered my daughter,” Isaacson’s mother said in a statement released by the police.  “I never believed the case would be solved.  It’s good to have some closure, but there is no justice for Stephanie at all.  We will never have complete closure because nothing will ever bring my daughter back to us.”

Woo, the donor who spurred the testing, was described by the Sun as a retiree with a career in advertising and marketing.  He has since founded a nonprofit called Vegas Helps, though the newspaper noted that he pulled $5,000 from his own pocket to try to solve this particular case.

Though Woo donated money, he was not privy to which cases the LVMPD picked for testing, the newspaper noted.

“It’s really such a sad case, and we’re glad that we could help with it,” Woo said, according to the Sun.

The LVMPD said it was openly accepting donations to spur other testing. Donations can be channeled through a website operated by the Las Vegas Metropolitan Police Department Foundation and should be designated as being earmarked as follows: “Homicide Cold Case.”