Kidnapping Victim Found Tied Up and Murdered Next to Pennsylvania Cemetery 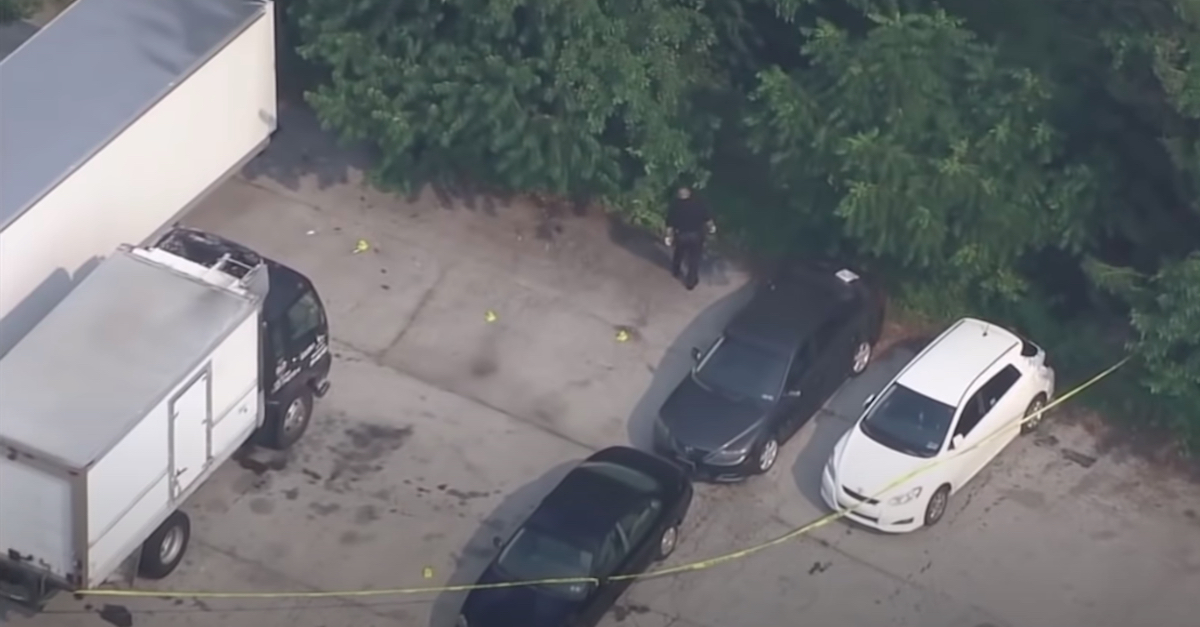 Police in Pennsylvania are searching for answers after the body of man who had been tied up and fatally shot was dumped next to a cemetery early Wednesday morning, Philadelphia-based ABC-affiliate WPVI-TV reported.

According to the report, police believe the male victim was kidnapped in Wilmington, Delaware and transported to Delaware County, Pennsylvania where he was shot and killed before being left in a shipping and warehouse center parking lot on Baltimore Pike, across the street from Fernwood cemetery in the borough of Yeadon. The still-bound body was discovered by a person walking along the wooded area at approximately 7:25 a.m.

Yeadon Police Chief Anthony Paparo emphasized that surveillance video will play a critical role in catching the perpetrators, telling WPVI that security camera footage from the warehouse parking lot has already helped point investigators towards two suspects that they believe were involved in the crime.

“You can’t do anything in this world without being on video, and these idiots are on video. So my suggestion is set a place at the table, ’cause we’ll be coming,” Chief Paparo told the outlet.

A follow up report from WPVI stated that investigators had uncovered “multiple pieces of video” in connection with the commission of the crime and the possible suspects involved.

Chief Paparo also said that investigators had been able to identify the victim and notify his family, however, authorities had not released his name publicly as of Thursday morning.

The investigation into the kidnapping and murder of the victim currently remains a cooperative effort between state and local authorities in Delaware and Pennsylvania, but Paparo told WPVI that federal investigators may take over due to the criminal act appearing to cross state lines.

The Yeadon Police Department did not immediately respond to an email from Law&Crime seeking additional details or updates concerning the case.