School Should Have Known About Nicole Dufault's Sex Crimes: Lawsuit 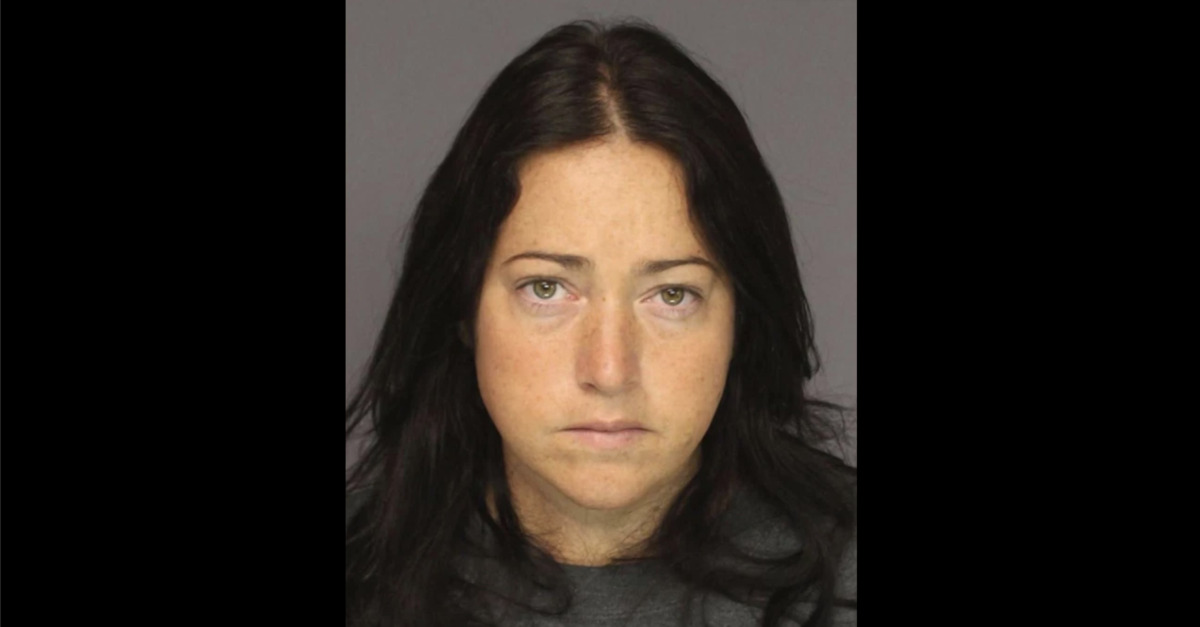 A New Jersey woman and ex-teacher who admittedly sexually assaulted several of her students–but says she only did so because of a problem with her brain caused by surgery–now faces three additional accusers.

Nicole Dufault, 41, pleaded guilty to three counts of aggravated criminal sexual contact in January 2020 on the eve of her trial. Six male students came forward to allege such contact after a video went viral of her on social media performing oral sex on one of the minors.

The plea deal resolved those cases with a 5-year state prison sentence as well as forfeiture of her teaching license and lifetime enrollment in state supervision and a sex offender registry.

Dufault originally pleaded not guilty when she was indicted in early 2015 over conduct that occurred during the 2013-14 school year. She was initially charged with 40 counts over the statutory crimes.

Her defense, eventually abandoned, was based on the notion that she had “frontal lobe syndrome,” a genuine psychological disorder caused by frontal lobe damage that causes an individual’s judgment and inhibition centers to work at reduced-to-nonexistent capacity.

“Ms. Dufault suffers from frontal lobe syndrome which has rendered her defenseless to over-aggressive behavior, and that is exactly what she was exposed to,” attorney Timothy Smith said during the summer of 2015. “Such will be our defense to a number of counts to the indictment. The remaining counts are either legally deficient or resulted from opportunistic tendencies.”

A court later downgraded four of the charges against the defendant due to insufficient evidence concerning two of the victims. Ultimately, the state and defense reached a compromise on the more serious charges and the mental defect theory–premised on a shunt installed in Dufault’s brain after her first pregnancy–was left to the wayside.

According to NorthJersey.com, three more former students have filed civil lawsuits against the South Orange-Maplewood School District and other entities who allegedly should have done more to identify or act on information about Dufault’s illicit sexual liaisons with her students.

One of the ex-students claims that he heard rumors about the Columbia High School teacher who had sex with students, cleaned up their records and gave them gifts.

In the lawsuit obtained by the outlet, he claims that he arrived at Columbia during the summer of 2013 for an educational program aimed at kids with learning disabilities and immediately found those middle school tales to be true–and was eventually “hand-picked” to attend Dufault’s class where the abuse continued.

Eventually, the former student says, he received expensive gifts from Dufault such as a pair of sneakers.

“Nicole Dufault then informed [him] what he needed to do for her, saying, ‘I want you to take me right here and now,’” the lawsuit alleges.

The first student says that Dufault eventually began to alter his grades and the attendance records of some of her most prized students. The lawsuit claims that these alleged actions should have put administrators and the school district on alert that something was amiss–an effort to establish secondary liability.

A second former student echoed the first new accuser’s story–saying he also attended the summer program and was groomed well into his junior year when Dufault began sexting him and sending him nudes.

“These interactions with Nicole Dufault were the first sexual experiences of [the student’s] life – namely, being forced to have sexual intercourse with Nicole Dufault, being forced to receive oral sex from her, being fondled and masturbated by the teacher, and being sexually violated by the teacher at the age of fourteen (14) years old,” a lawsuit obtained by the Daily Voice alleges regarding a third then-student. “It estimated that [the student] was sexually abused over eight (8) or nine (9) times during the 2013-2014 school year.”

One of the lawsuits claims that Dufault once forced a group of her male students to watch a video of her having sex with an adult man who worked at the school before she asked them about their penis sizes.

“She was just out of control with her behavior,” trial attorney John Baldante, who represents the new accusers told NorthJersey.com–insisting that the disgraced teacher’s actions should have been noticed by officials. “The question here is, what did the school know directly or what should they have known?”

Dufault’s attorney has refused to comment on the lawsuits; the school district has a policy of not commenting on active legal matters.

A lawsuit was filed against the district late last month by another former student who claims he has panic attacks because Dufault touched him inappropriately while other children watched.

In March, Dufault was sentenced to three years of time served.