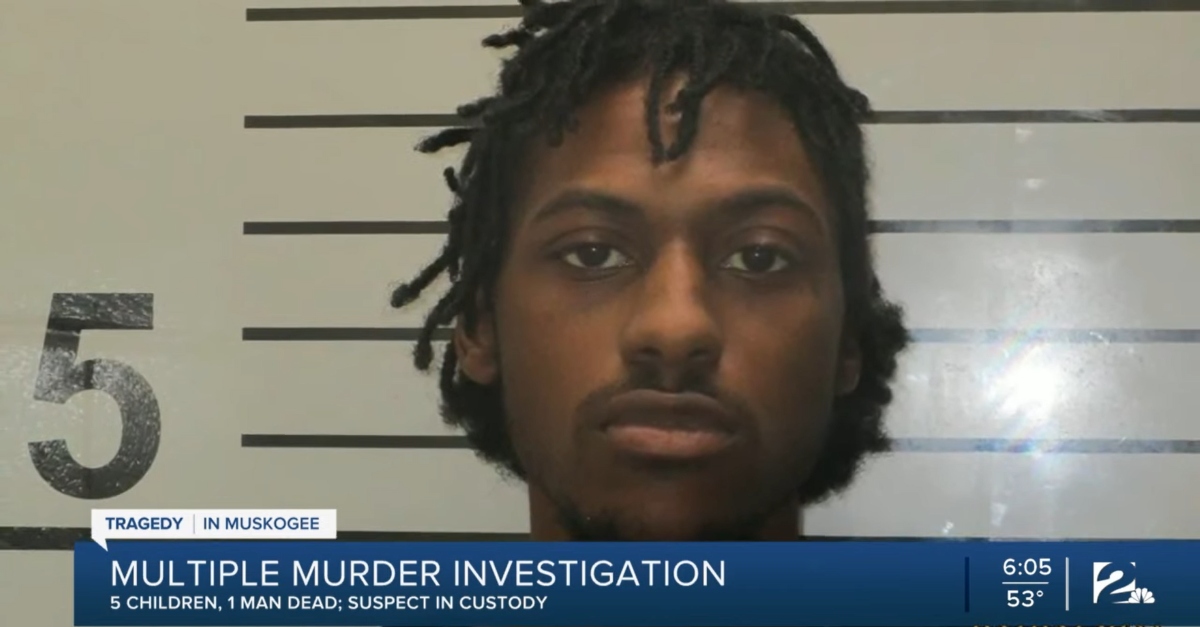 A man who killed five children and his own brother in February deserves capital punishment, say prosecutors in Oklahoma. The Muskogee County District Attorney’s Office are seeking the death penalty against Jarron Deajon Pridgeon, 25, according to a Tulsa World report.

“He is not a person,” Raven said. “He is a monster. And on top of being a monster, he is a coward for doing what he did.”

DEATH PENALTY FILED: The Muskogee County DA is now asking for the death penalty for Jarron Pridgeon, if Pridgeon is found guilty by a jury. Pridgeon is charged with 6 counts of first degree murder for killing 5 children and Pridgeon’s brother @NewsOn6 pic.twitter.com/CrIcuxqBiD

“They were great kids,” she added of the five children. “They were smart. They were full of happiness, energy. They loved life.”

Noting the aggravating factors, District Attorney Orvil Loge (D) and First Assistant District Attorney Larry Edwards said that Jarron Pridgeon knowingly created risk of death to multiple people, that there is a chance he will keep being a threat to society if released, and that the killings were “especially heinous, atrocious or cruel,” according to Tulsa World.

Pridgeon’s defense lawyer Gretchen Mosley said in a closing argument that her client has “serious” mental health needs, and she cited comments he allegedly made during his arrest about “seven chakras,” and his distrust of government.

He is reportedly serving a 10-year sentence for a 2019 assault case after previously getting a deferred sentence on account of a mental health evaluation.