New Hampshire Man Allegedly Kills Wife on One-Year Wedding Anniversary Celebration by Shooting Her in the Head Twice, Dismembering Her Body in Vermont 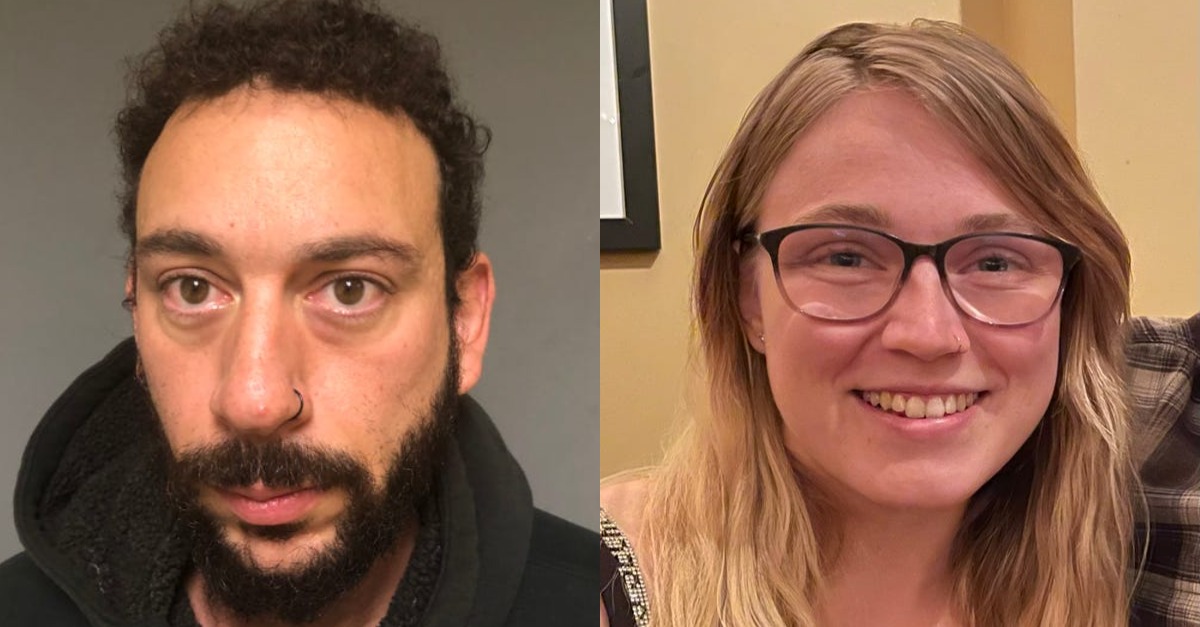 A New Hampshire man was arrested on Tuesday and charged with the murder of his wife in Vermont after allegedly confessing to the crime.

Joseph Ferlazzo, 41, of Northfield, N.H., was arraigned on one charge of murder in the first degree over the death of Emily Ferlazzo, 22. He pleaded not guilty to that charge by way of a virtual arraignment late Wednesday morning, the Associated Press reports.

According to the Vermont State Police, the victim was last seen sometime on Oct. 16. An investigation was launched into Emily Ferlazzo’s disappearance during the early morning hours on Tuesday. Late that same night, the missing woman’s husband was behind bars.

According to Burlington, Vt. CBS affiliate WCAX, the deceased’s family first reported her missing on Monday. Her parents allegedly told police that they had recently spoken with the husband who in turn said that he and his wife were arguing while staying at an Airbnb in Bolton, Vt., about two hours away from home. The husband said the wife eventually left on foot. Family members additionally told police that they had seen scratches and bruises on the victim’s body in the past and that the couple had a history of domestic violence.

After hours of searching, police found Joseph Ferlazzo in a convenience store and convinced him to speak with them at their barracks. There, he allegedly confessed to the murder.

The couple was visiting Vermont to celebrate a one-year marriage anniversary.

In a Tuesday night press conference, VSP officials said the defendant admitted to killing his wife inside their converted bus last weekend.

“He sat down and met with some detectives and provided them a great deal of information,” Major Dan Trudeau said. “The information he provided was that he had killed his wife Emily and said he’d done so in the town of Bolton during the early Saturday morning hours.”

Details about the alleged murder are gruesome and grim.

Police say the alleged killer told them about the couple’s final argument as well.

Things allegedly got physical and the defendant said his wife was repeatedly hitting and kicking him before eventually stopping. Ten minutes later, that cooled-down confrontation culminated in the defendant allegedly pulling out a Glock handgun, jumping on top of his wife on the bed where she was lying down and then shooting her twice in the head. After that, police say, the husband admitted to using a saw to dismember her body and then stored the victim’s remains in the camper’s restroom.

Police recovered eight separate bags of human remains that were transferred to nearby Burlington, Vt. for an autopsy.

“It’s very tragic, and our thoughts and prayers certainly go out to friends and family of Emily,” Trudeau, head of the agency’s criminal division, added, according to statewide news website VTDigger.

The couple’s dog, Remington, had also been missing was but later discovered unharmed, police said.

“She was the girl that ran around in polka dot pants and a striped shirt, dancing,” Prudy Schwarz, the victim’s stepmother, told local Fox affiliate WFFF. “She was always very happy, she absolutely loved to sing, she was a good singer.”

Schwarz claims that something never sat right about the victim’s husband — though she met him only once.

“Something didn’t click the first time we met him,” she continued. “I don’t know what it was about him, but we didn’t like him. I said it’s something with his eyes, he looks evil in his eyes.”