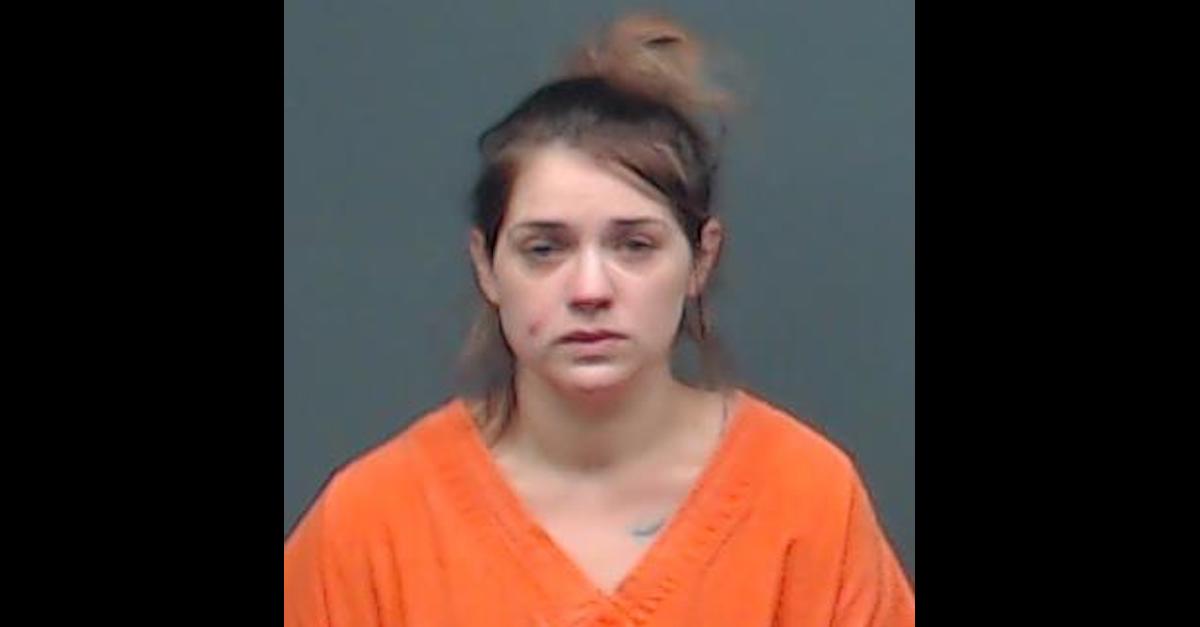 A Bowie County, Texas grand jury on Friday returned a third indictment against a woman accused of murdering her pregnant friend and cutting an unborn baby from her friend’s body. The baby later died.

Taylor Rene Parker, 28, who is also known as Taylor Morton and Taylor Waycasey, now stands accused of capital murder in the death of that unborn infant.  According to court records reviewed by Law&Crime, Parker had previously been indicted on a separate capital murder charge in the death of infant’s mother, Reagan Michelle Simmons Hancock, 21, of New Boston, Tex.  New Boston is approximately midway between Dallas, Tex. and Little Rock, Ark.

Parker is also accused of kidnapping in addition to the two murder counts.

Prosecutors waited to seek the additional charge related to the death of baby Braxlynn because a final medical examiner’s report was not yet complete when authorities filed the initial charges against Taylor. That’s according to a statement made in an early January court hearing by First Assistant District Attorney Kelley Crisp which was reported by the Texarkana Gazette, the local newspaper.

Prosecutors also announced in January they planned to seek the death penalty, the paper noted. 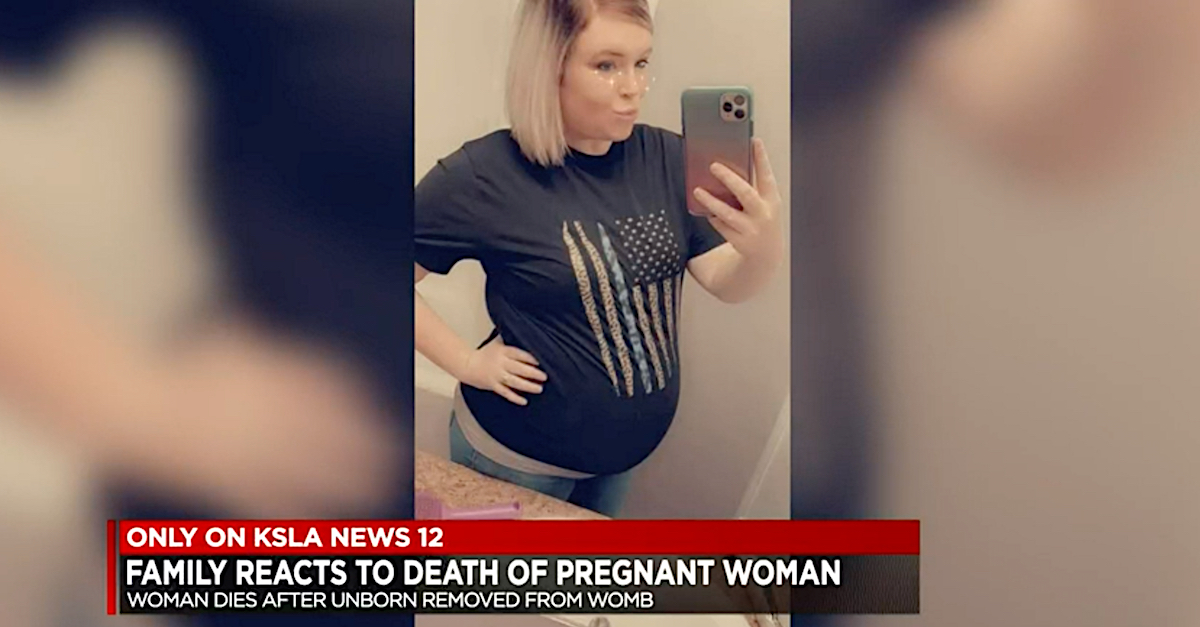 According to a probable cause affidavit reviewed by Law&Crime, the investigation unfolded after Hancock’s mother went to her daughter’s home on October 9, 2020, and found her daughter dead. The mother called 911 at 10:18 a.m.; the local police called the Texas Rangers to assist with the investigation a few minutes after noon.

A member of the Texas Rangers reviewed the local police department’s body camera footage to prepare the necessary charging documents.

The scene was nothing short of a bloody mess.

“Officers learned Simmons was approximately 34 weeks pregnant and requested EMS personnel to come to the scene and check on the status of the baby,” the document continues. “The body camera footage from police shows Life Net EMS turn Simmons’ body over, which revealed a very large cut across Simmons’ abdomen area. EMS personnel determined Simmons no longer had a baby in her stomach area.” 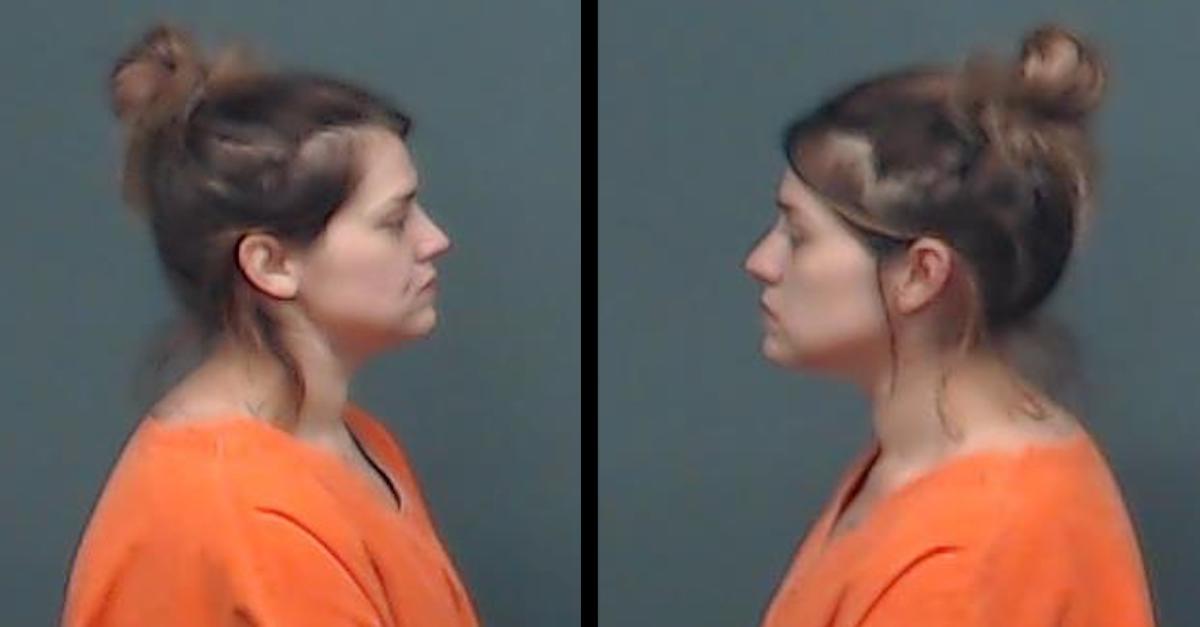 Ironically, the authorities had a run-in with their eventual suspect shortly before the victim’s mother called 911.

According to the affidavit, a Texas state trooper pulled a vehicle over in DeKalb, Texas, at about 9:37 a.m. on the date of the killing.

“Taylor Parker was the driver and was holding a new born infant in her lap,” the court papers go on to state. “[T]he umbilical cord was connected to the infant, which appeared to be coming out of the female’s pants, as if she had given birth to the child.”

“Parker was performing CPR on the infant and LifeNet EMS came to the scene and transported Parker and the infant to a hospital in Idabel, Oklahoma,” the documents says.

The local police chief eventually learned from staff at the McCurtain Memorial Hospital that Parker had not given birth to the infant.

Oklahoma’s State Bureau of Investigation became involved on account of Parker’s transport to a hospital in that state.

According to court documents, Parker admitted what she had done.

“[D]uring the interview of Parker, she told [a] Special Agent . . . she was in a physical altercation with Simmons and abducted the unborn child,” the paperwork says. “Parker admitted to leaving the residence of the assault after the abduction of the child.”

The affidavit says Parker staged an elaborate series of lies to convince others she was about to give birth.

According to the document, Parker’s boyfriend, Wade Griffin, told the authorities “that Parker told him and others that she was pregnant.”

Griffin even said “they had a gender reveal party in celebration of the upcoming birth of their child.”

“I interviewed Parker and she told me she was not pregnant and admitted to being in a physical assault with Simmons,” the Texas Ranger continued by saying.

Parker also admitted that the scalpel she used to carry out the killings was still at the scene, the court papers say. An autopsy in Dallas revealed that “a small scalpel” was, indeed, “lodged in the neck of Simmons and was not visible . . . at the crime scene.”

According to the Texarkana Gazette, Parker and the victim “were friends.”

“Reagan Hancock posted a sonogram photo on a social media site with an early November due date in the months before her murder,” the paper reported. It described the post as “happy.”

A since-closed Facebook fundraiser for the victim’s family topped out at slightly more than $20,000.