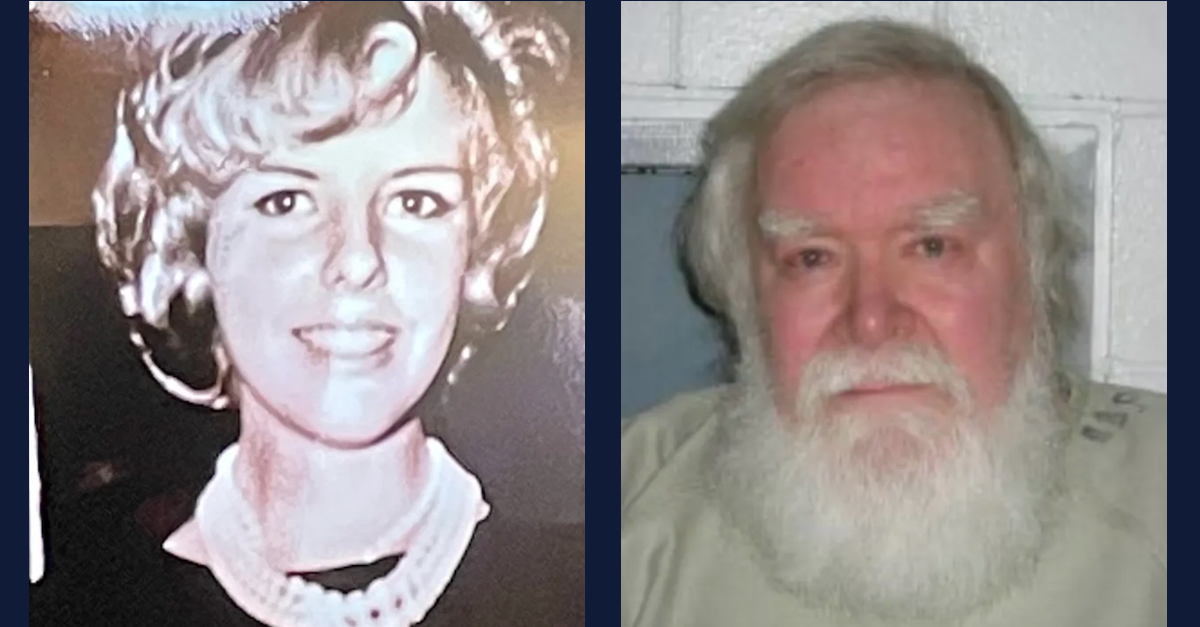 An infamous New Jersey serial killer has been charged with murder in a disturbing cold case from 1968.

Diane Cusick was only 23 years old when authorities say she was beaten and then suffocated to death. Her body was found duct-taped in the back seat of her own car, a 1961 Plymouth Valiant, in the parking lot of the still-extant Green Acres Mall in Valley Stream, N.Y.

On Feb. 16, 1968, Bernard Martin and Rita Martin made the worst discovery they ever would. Their daughter was dead. Her face was bloodied; she had two-inch tape around her mouth and neck. Some of her clothes had been ripped. Her jewelry and purse were still there.

Law enforcement in Nassau County, N.Y. staffed up and worked relentlessly — at times upwards of 100 police were surveying the immediate area for witnesses and clues — but in time the case went cold.

According to New York City-based CW affiliate WPIX, “three sources independently confirmed” a sealed indictment was filed against Richard Cottingham, 75, the so-called “Torso killer,” over Cusick’s rape and murder. He earned his nickname due to the way in which several of his victims were dismembered in Times Square motels.

The indictment against Cottingham has since been made public. He appeared in court on Wednesday.

Cottingham is currently in prison for five confirmed murders of two teenage girls and three sex workers throughout the Empire State and the Garden State in the 1970s. He has formally confessed to killing at least nine women – to law enforcement. But a historian of serial killers, who has interviewed Cottingham, says the defendant has confessed to killing upwards of 100 woman, WPIX reports.

Curiously, however, Cottingham insists he’s not responsible for Cusick’s death. WPIX previously reported he “has retained an attorney and plans to plead not guilty,” citing unnamed sources. The defendant was arraigned on Wednesday, appearing virtually in Nassau County Court before before Acting State Supreme Court Justice Caryn Fink, with a court-appointed lawyer, according to Newsday.

During his appearance, he indeed pleaded not guilty.

Nassau County District Attorney Anne Donnelly echoed that assessment and state of sureness after okaying a new round of DNA testing last year in light of new information her office received.

“We believe this may be the oldest DNA hit to lead to a prosecution in the United States,” she said in comments reported by WPIX.

Authorities in Nassau County recently retested semen found at the crime scene that had been stored in the county’s forensic bureau for decades, Newsday reported. The DNA culled from that sample allegedly matched up with a sample taken from the serial killer.

Relatively recently, Cottingham revealed he used to frequent a drive-in movie theater that was located next to the Green Acres Mall. Authorities eventually took that information and ran with it.

“He didn’t lay out a full admission,” Donnelly continued in comments reported by the Associated Press. “What he laid out was baby steps along the way that we were able to put together with the help of the police department to fill in that story.”

Prosecutors are now reviewing some 15 years of unsolved female murders in order to see if there’s a Cottingham link.

During a press conference after the arraignment, Nassau County Homicide Commander Detective Captain Stephen Fitzpatrick said authorities have submitted five other DNA samples from cold cases to a national database, hoping to tie Cottingham to each outstanding murder.

“I am very overwhelmed,” Cusick’s daughter Darlene Altman, 58, said at the press conference after leaving the arraignment, which she attended in-person, WPIX reported. “He was creepy.”

“He just had this like dead stare,” she continued. “I felt like he was looking right at me.”