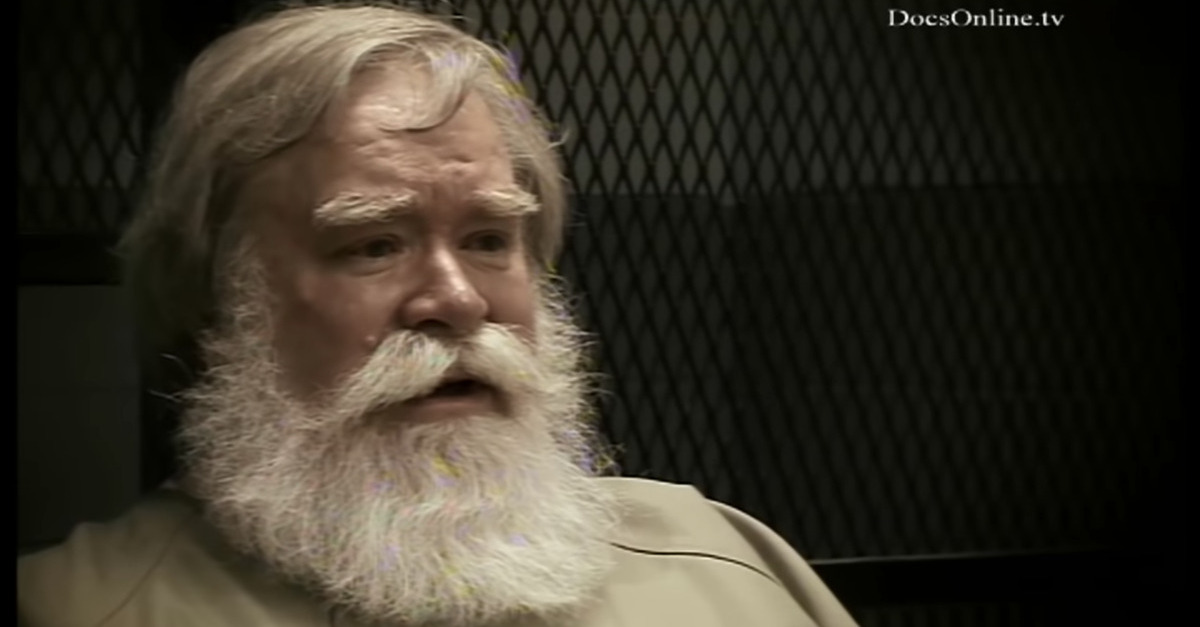 Richard Cottingham raped and killed two teenage New Jersey girls in 1974. Then he dumped their bodies face-down in a forest. On Tuesday, he finally confessed to those brutal cold case crimes.

But it wasn’t the first time he killed and it wouldn’t be the last. A string of New York City murders resulted in his dismembering the bodies of three sex workers–earning himself the sobriquet of the “Torso Killer.”

The Bergen County-based serial killer has been serving time in prison since the early 1980s when he was arrested after picking up and attempting to murder a sex worker whose screams of pain put motel staff on alert and ultimately resulted in the police being called — bringing Cottingham’s rampage of sexualized violence to an end.

Well before that slip-up, however, Cottingham picked up 17-year-old Mary Ann Pryor and 16-year-old Lorraine Marie Kelly. They were both tied up, raped, drowned, and their abused bodies were dumped.

Bergen County Prosecutor Mark Musella offered some details of their disappearance nearly 50 years ago in a 2021 press release:

In the afternoon of August 9, 1974, Pryor and Kelly, both of North Bergen, NJ, left their homes and were last seen walking together on Broad Avenue in Ridgefield, NJ. They had told several people they were attempting to get to a Paramus shopping mall. Witnesses told police at the time that the two were hitchhiking and got into a vehicle driven by an unknown white male. After failing to return home that night, the girls were reported missing to the North Bergen Police Department. Five days later, on August 14, the bodies of the two missing girls were located in a wooded area of Montvale, NJ.

Authorities long surmised Cottingham was to blame for the deaths of Pryor and Kelly but couldn’t quite prove it or obtain a confession. And, in fact, the serial killer himself had boasted of killing some 100 women across New Jersey and New York beginning in 1967 when he strangled Nancy Schiava Vogel to death — his first known victim.

Over the years, Cottingham confessed to nine murders, but definitive answers in the Pryor and Kelly cases remained elusive.

“Seeing how the families are destroyed, you can’t help but feel their pain,” he told the wire service. “But we had nothing, other than what he would tell us. And he knew we wanted this one so bad, which is why he took so long. I think he figured, ‘I’m going to just toy with them, and as long as I can drag it out, I will.’”

Grieco relayed other conversations he previously had with Cottingham to the AP nearly five years ago that in hindsight appear to be references to the murders of Pryor and Kelly:

“‘You did good detective work, but you got one thing wrong.’ . . . He said, ‘You didn’t go back far enough.’ And suddenly, naturally, the bell went off in my head and I said, this guy is going to tell us that he started years before.”

Eventually, due to Cottingham’s professedly close relationship with his defense attorney, the dogged efforts of one local cop in particular, and Cottingham’s alleged sense of guilt, Cottingham decided to provide “a detailed, sworn and recorded statement to Bergen County Prosecutor’s Office Chief of Detectives Robert Anzilotti” on April 14, according to police.

Anzilotti essentially picked up where Grieco left off, Bergen County noted, and “interviewed Cottingham on many occasions over approximately 15 years.” Anzilotti reportedly plans to retire later this week, according to local CW affiliate WPIX.

Another person instrumental in the recent string of confessions is Jennifer Weiss, the daughter of a woman Cottingham killed and beheaded the year before he was caught.

Jennifer Weiss, daughter of 1979 victim Deedeh Goodarzi, befriended NY/NJ serial killer #RichardCottingham and urged him to confess to other murders. His killing spree spanned 1967 to 1980, when he was caught. For full story, go to https://t.co/EpX7B6ToSN. pic.twitter.com/rKnAQWaGse

On Tuesday, the killer waived his right to an indictment and pleaded guilty to the 1974 murders of Pryor and Kelly. He’ll serve two life sentences concurrent with the hundreds of years in prison he is currently serving for the nine previous murders.

“This is a somber day as we revisit the horrific acts and terror this man brought upon Bergen County nearly 50 years ago,” Bergen County Prosecutor Mark Musella said in a statement. “It is my fervent hope that this arrest and conviction bring some semblance of closure to the friends and family of Mary Ann and Lorraine and a measure of justice to members of our communities, who have long feared this unknown actor.”

John Bruno, Cottingham’s attorney, said his client was “relieved” the “cloud” hanging over his head “for many, many years is now removed.”