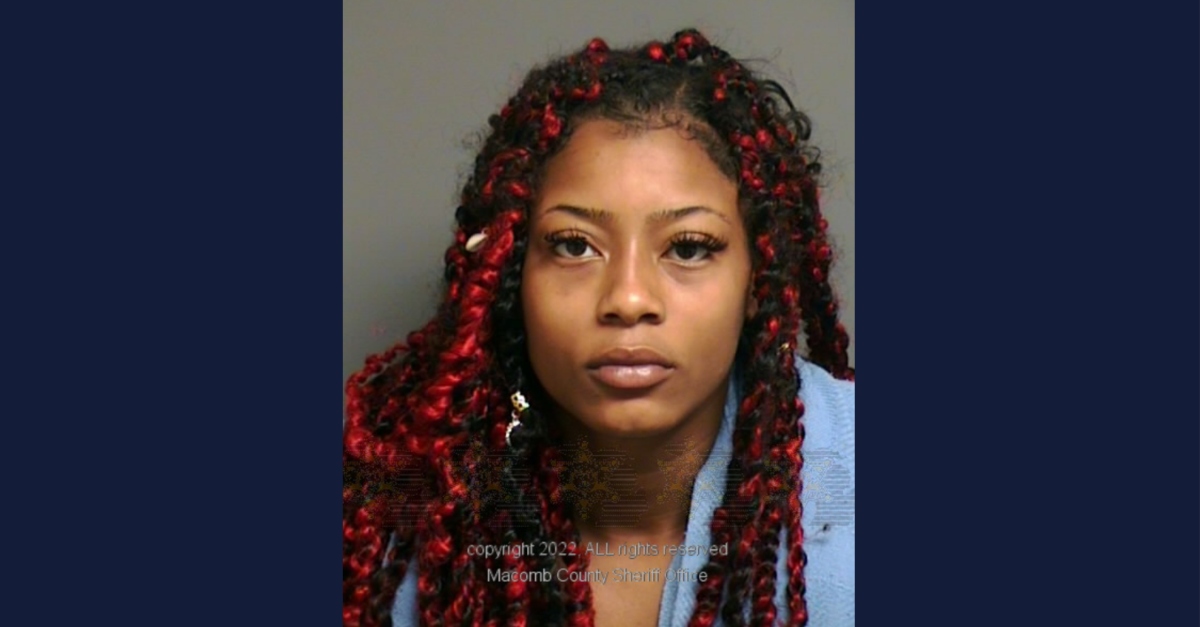 A 21-year-old Michigan woman is accused of fatally injuring a toddler who died after initially surviving injuries allegedly inflicted by the babysitter.

Kimora Launmei Hodges, 21, is currently charged with child abuse in the first degree, but officers said they are working with prosecutors for upgraded charges, according to WDIV. The child, identified by his mother as Kyrie, initially survived his injuries, but the Roseville Police Department announced Wednesday that he has died.

“He’s only 1 and he knows how to count to 5,” mother Taylor Starks said before her son’s death, according to a WJBK report. “It’s been a week but it feels like forever.”

Officers said they were called out to a hospital on June 14 regarding a child suffering severe head trauma, according to The Detroit News. Starks called police, saying she picked up her son from a neighbor babysitting the toddler while the mother was at work. The babysitting arrangement continued on and off for the past two months.

That fateful night, the babysitter allegedly said the boy did not seem normal. The mother called 911, and medics brought the child and the mother to the hospital. Doctors performed emergency surgery.

Starks told WJBK she got a text about the way Kyrie was sleeping. Hodges, she said, claimed the child ate soap and developed an allergic reaction. Starks said she rushed home to find Kyrie having multiple seizures.

“He had blunt force trauma to the head and he was bleeding out his ears and had to have immediate brain surgery,” she said. “All I know is she threw my son into the wall and shook him up pretty bad and they said that’s just a bit of what she did to him.”

Kyrie had no brain activity at the hospital, she said.

Starks described Hodges as a trusted babysitter and a friend, according to WJBK.

Investigators reportedly determined the child was injured some time between 3:30 p.m. and midnight on June 13 while Hodges was taking care of him.

After being taken into custody, Hodges admitted abusing the boy, authorities said.

“Very cooperative and very regretful remorseful for her actions,” Roseville Police Chief Ryan Monroe said of Hodges. “But it obviously doesn’t take it back.”

Hodges’ attorney did not immediately respond to a Law&Crime request for comment.