N.C. Woman Charged with Child Abuse, Arson After Authorities Say They Caught Her with Lighter and Lighter Fluid Setting Fire to Trailer 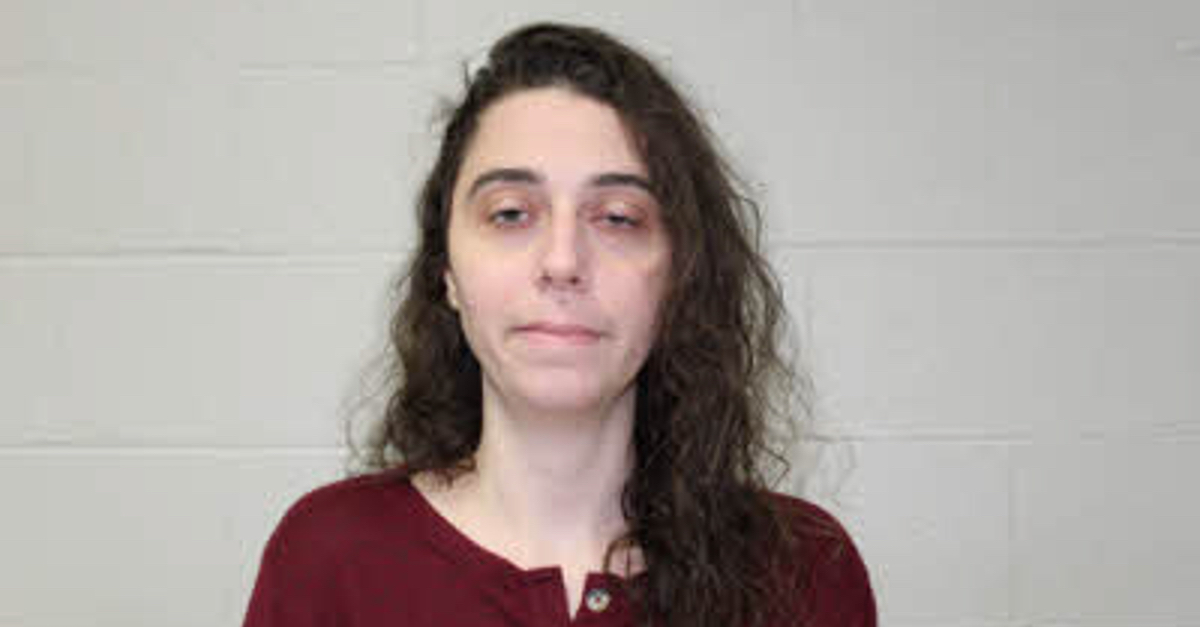 A North Carolina woman was arrested earlier this week in relation to a fire and then subsequently charged with child abuse.

Paulina Chakmakis, 30, stands accused of one count each of arson in the first degree, exposing children to fire, child abuse, damage of property and two counts of resisting, delaying or obstructing a public officer after allegedly setting the fire in Deep Gap, N.C.

According to the Watauga Democrat, the fire broke out early Wednesday evening. The Deep Gap Volunteer Fire Department and the Watauga County Sheriff’s Office responded to just after 7:00 p.m.

On the night in question, the defendant was allegedly seen standing outside of a single-wide trailer home with a bottle of lighter fluid and a lighter in her hands. The woman was allegedly seen in the process of starting yet another fire. Authorities detained her immediately.

Deep Gap Fire Captain Matt Clark said the process of putting out the fire was fairly easy after Chakmakis was in custody. Watauga Sheriff’s Office deputies had been able to successfully control most of the blaze by the time fire units arrived, the captain also said.

“They were actually able to kind of take away some of the underpinning (and) take away some insulation and effectively stopped the growth of the fire before we got there,” Clark said, according to the newspaper. “When we got there, we just continued overhaul efforts and waited for the fire marshal to do their investigation.”

Two out of the three deputies who helped keep the flames at bay were actually well-versed in such techniques because they are also volunteer members of the fire department, he noted.

“They did a very good job in stopping the fire before we got there,” Clark added. “That was extremely helpful.”

The fire had been allegedly been set underneath the trailer.

According to Watauga Online, a ​Watauga County Sheriff’s Office Investigator made their way to the scene and met with the Fire Marshal but Chakmakis, who lives in the neighborhood, refused to speak with investigators about the residential structure fire.

The trailer only suffered minor damage, however, and no injuries were reported as a result of the petit inferno. The fire was determined to be incendiary in nature, according to a press release issued by Watauga County Emergency Services.

The defendant was taken before a local Magistrate judge and assessed a $100,000 secured bond.

While the lack of injury reported might suggest the defendant is not facing substantial time behind bars, the first degree arson charge alone is punishable by over 13 years in prison as a maximum sentence in the Tarheel State.

Law&Crime reached out to the Watauga County Sheriff’s Office for additional details and insight into the charges leveled against the defendant, but no response was immediately forthcoming at the time of publication.