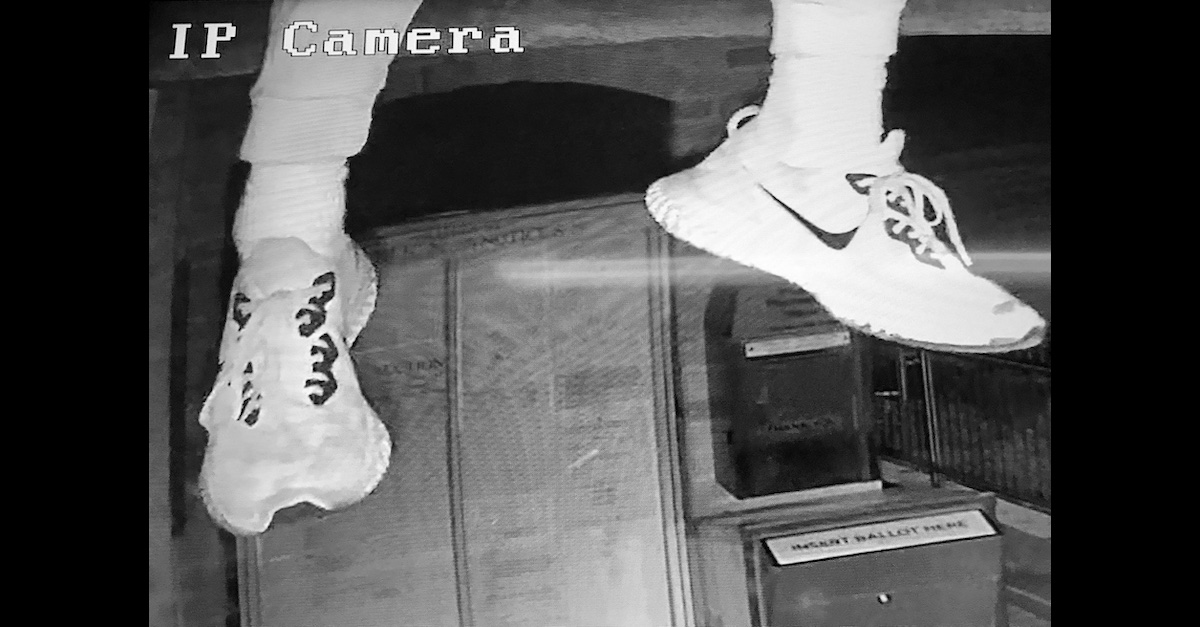 A freeze frame from a security camera captures one of two burglars entering the Willington, Conn. Town Hall on Saturday, Oct. 23, 2021.

State police in Connecticut are trying to figure out who was captured on camera dangling from the roof of a local municipal government building while engaging in a strange Mission Impossible-style burglary. Perhaps the most brazen image of the incident released by the state police shows one of the suspect’s feet dangling from a portico or overhang that covers the main entrance to the building. A sidewalk railing appears under one of the suspect’s feet on the lower right corner of the image; so does a ballot drop box. 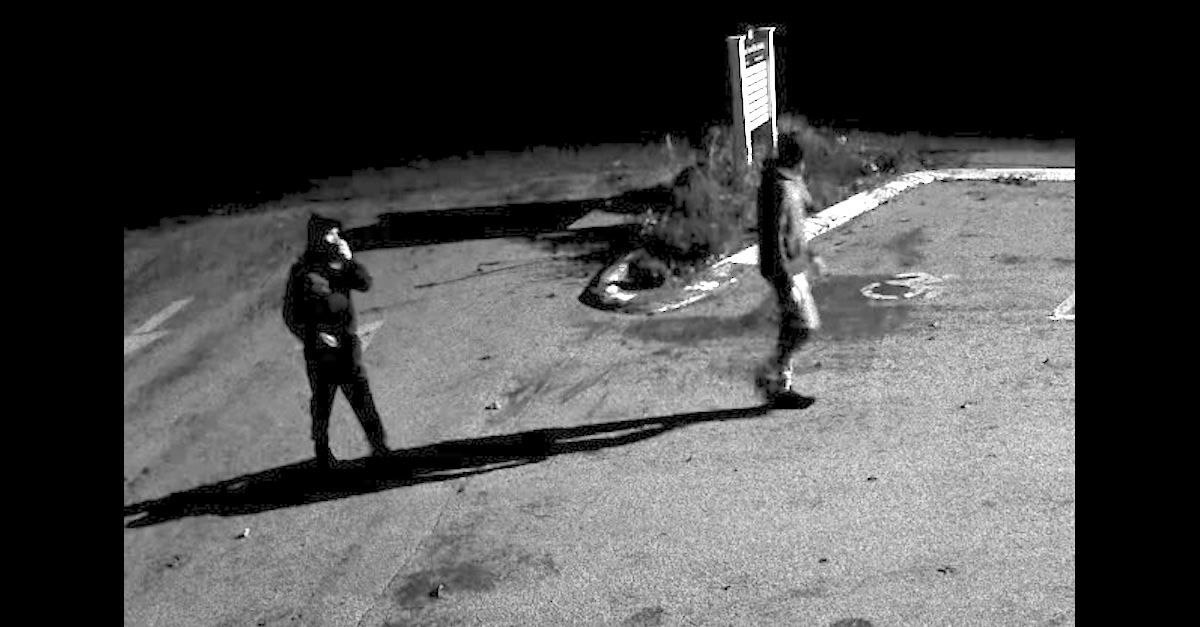 According to state troopers, “two unidentified males” approached the Willington, Conn. town hall on Saturday at about 7:30 p.m. Town officials didn’t call in the crime until Tuesday at 2:20 p.m., the state police said. At least one of the suspects managed to climb through the attic windows of the structure and enter the building. Both eventually gained entrance, but it’s unclear if the second suspect also climbed through the ceiling as depicted in surveillance images released by the police. 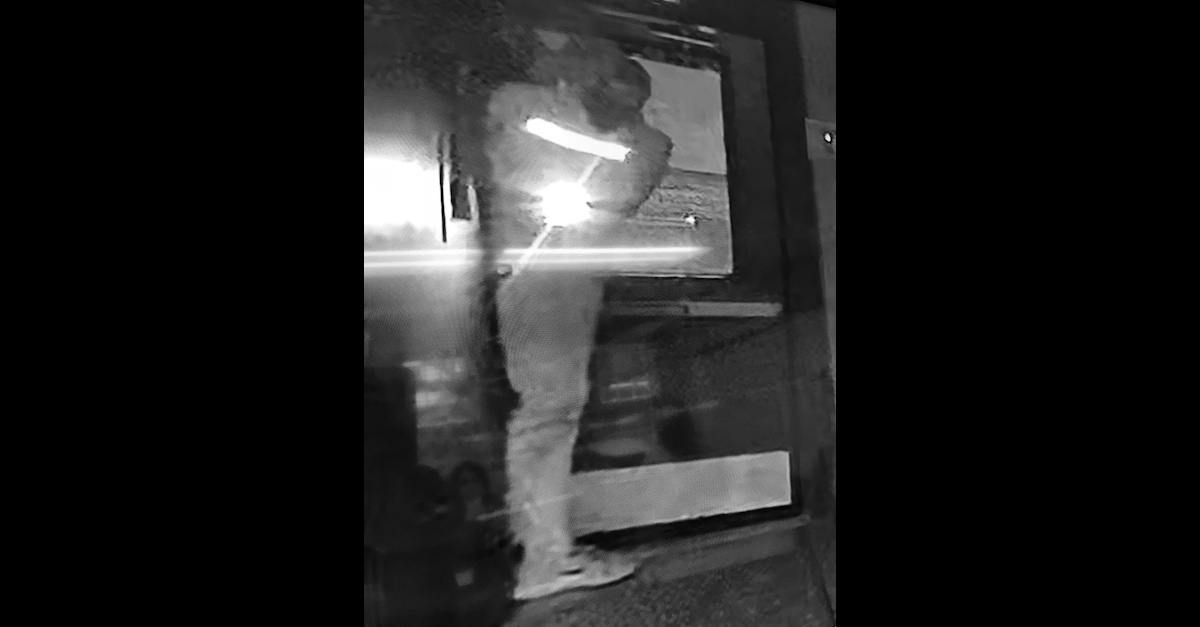 At least one of the men was carrying a flashlight, the images indicate. Both appeared to be wearing masks. 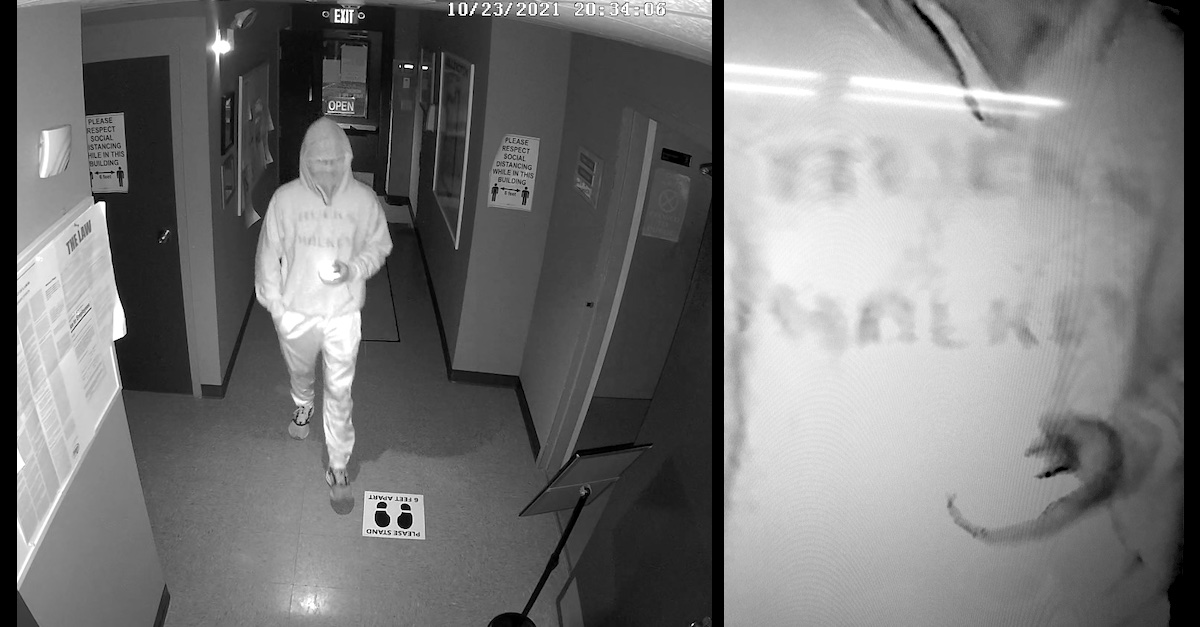 “One of the males is white, wearing glasses and a ‘E.O. Smith Bucks’ hooded sweatshirt,” the state police said — the latter being an apparent reference to a local hockey team in neighboring Tolland, Conn. (A closeup of the man’s hoodie revealed the words “BUCKS HOCKEY” in a faint and grainy image released by the state police.)

The state police didn’t speculate as to a motive or describe whether anything was taken.

Connecticut law contains five separate burglary statutes. The most relevant given the known facts is this one:

(a) A person is guilty of burglary in the third degree when he enters or remains unlawfully in a building with intent to commit a crime therein.

(b) Burglary in the third degree is a class D felony.

It’s unclear from the news release what other crime the suspects might be accused of having the “intent to commit.”

[all images via the Connecticut State Police]