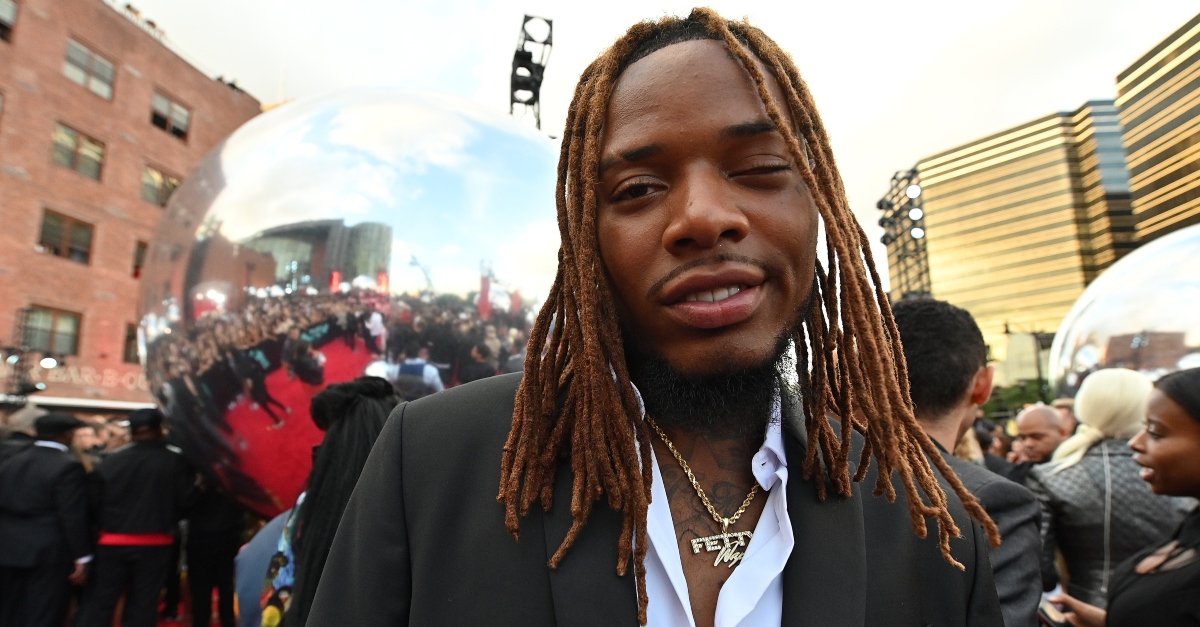 Fetty Wap is scheduled for an arraignment later Friday morning, and the indictment remains sealed, said the source. Federal courts do not currently show the case.

The rapper was scheduled to perform Thursday, the first day of the festival. At least one Twitter user noted that he did not take the stage.

The festival demonstrably hit a bumpy road. For example, some at the concert showed their displeasure after rapper Lil Durk did not show up for his part of the show.

Fans threw bottles at the stage after Lil Durk never showed up for his Rolling Loud set pic.twitter.com/Rs3A287jha

With that said, the arrest hardly ended the festival, which is scheduled to continue for two more days.

Fetty Wap’s management did not immediately return a Law&Crime request for comment.

Prosecutors in Nevada dropped a criminal case against the rapper in 2020 for allegedly striking a Las Vegas valet. He performed community service in exchange for getting this dismissed. In a separate case, he reached a plea deal in a DWI case, after New York City police said he raced on a highway in excess of 100 miles per hour.

“As alleged, the defendants transported, distributed and sold more than 100 kilograms of deadly and addictive drugs, including heroin and fentanyl, on Long Island, deliberately contributing to the opioid epidemic that has devastated our communities and taken too many lives,” said United States Attorney Breon Peace of the Eastern District of New York. “We will continue to work nonstop with our law enforcement partners to keep our neighborhoods safe from the scourge of dangerous drugs and gun violence.”

Anthony and Robert Leonardi, Sullivan, Syntje and Wiggins–but not Fetty Wap–are charged with use of firearms in connection with a drug trafficking crime.

From a DOJ press statement:

As alleged in the indictment and in court proceedings, from approximately June 2019 through June 2020, the defendants distributed more than 100 kilograms of cocaine, heroin, fentanyl, and crack cocaine across Long Island and New Jersey. The defendants obtained the narcotics on the West Coast and used the United States Postal Service and drivers with hidden vehicle compartments to transport the controlled substances across the country to Suffolk County, where they were stored. The drugs were then distributed to dealers who sold the controlled substances on Long Island and in New Jersey. Five of the defendants also used firearms to protect their drug organization and distribution chain. Defendants Anthony Leonardi, Robert Leonardi, Sullivan, and Wiggins participated in the purchase and transport of the narcotics from the West Coast to the East Coast where they were processed, stored, and ultimately resold. Maxwell was a kilogram-level redistributor for the trafficking organization and Cyntje transported kilograms of cocaine from Long Island to New Jersey.

“We pray that this is all a big misunderstanding,” the law firm for Fetty Wap attorney Navarro Gray told Law&Crime in a statement over the phone. They are seeing the judge today, they said. They voiced hope for the rapper to get released soon so they can clear this up.