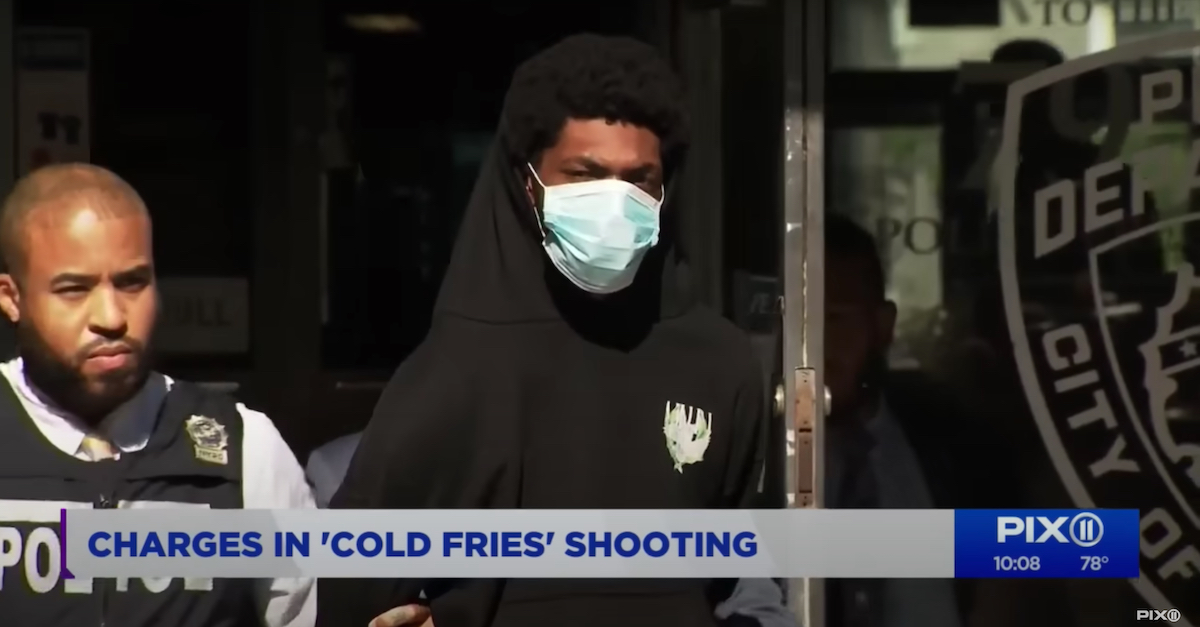 A fast food employee who spent several days this week on life support after being shot outside a Brooklyn McDonald’s has died, according to several local news reports which cite the New York Police Department and Manhattan prosecutors.

The disagreement between Morgan and Webb reportedly erupted around 7:00 p.m. Monday after Morgan’s mother complained about being served a batch of cold french fries.  The New York Post reported that the mother, Lisa Fulmore, asked to speak to a manager at the establishment.  She was reportedly in the midst of a FaceTime conversation with Morgan during her attempt to complain about the temperature of her food; when she was laughed at in response, Morgan took it upon himself to go to the restaurant in question, the Post said.

An ensuing argument reportedly spilled onto the sidewalk outside.  Surveillance video reportedly shows Morgan beating Webb before shooting the victim in the neck.

Fulmore reportedly told the police that her son said “he gotta do what he gotta do.”

“The people are anticipating homicide charges in this case, given the victim is currently on life support,” Assistant District Attorney Luis Paternina reportedly said on Thursday when Morgan was arraigned on preliminary attempted murder charges. “So, essentially, the victim’s family is waiting to make a difficult decision about taking the victim off life support.”

That decision resulted in Webb’s death as confirmed by the NYPD on Friday, according to the reports.

Paternina also reportedly said that Morgan admitted obtaining the gun from a neighbor.  Morgan’s girlfriend, identified by the prosecutor as Camellia Dunlap, 18, is reportedly charged with felony weapon possession.  The Post said that Dunlap handed Morgan the gun. CBS News reported that Dunlap hid the gun.

Relatives held a vigil for the dead McDonald’s employee on Friday. 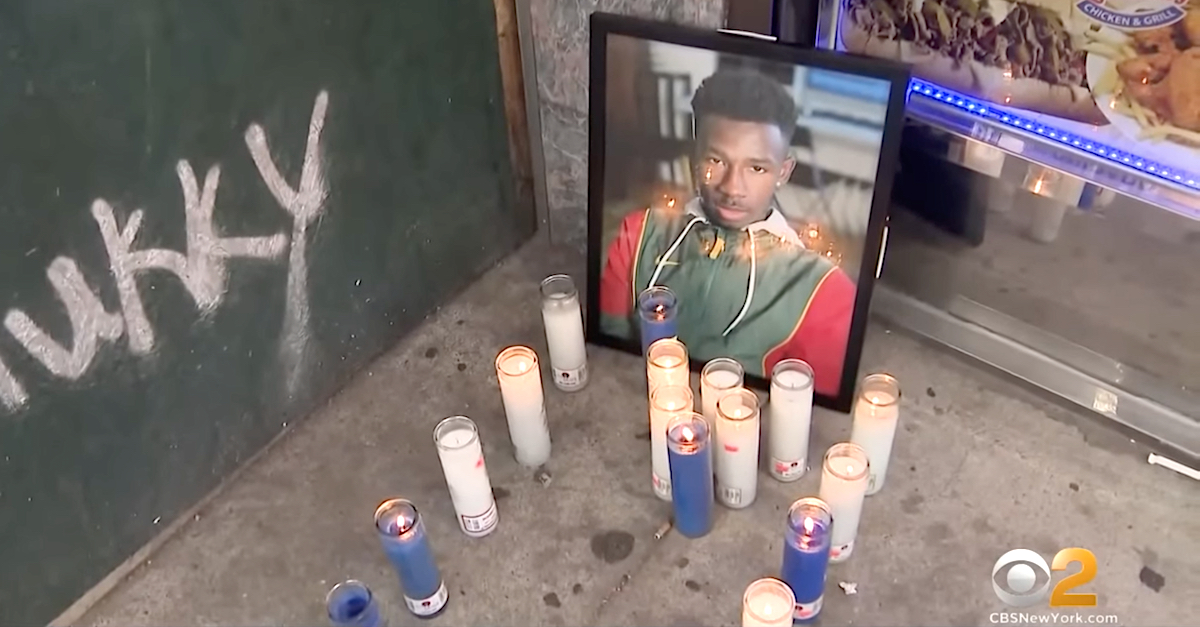 “Matthew Jeremiah Webb was a loving, fun, respectful young man, working two jobs, putting himself through school,” a relative told New York City CBS affiliate WCBS-TV.  “He was an organist at the church, making something of his life as a man before his life was just viciously and senselessly stolen.”

The owner of the McDonald’s store at 1531 Fulton Street in Brooklyn, where the shooting occurred, released a separate statement.

“We are heart-broken by the passing of our crew member as a result of this senseless act, and we are thinking of his family at this time,” said restaurant owner and operator Roy Iraci, according to CBS News and WCBS.  “We will continue to cooperate with authorities as their investigation moves forward.”

The ongoing investigation into the McDonald’s shooting eventually revealed another plot twist.

Morgan allegedly confessed to a separate 2020 murder after his arrest for allegedly attempting to kill Webb, according to the Daily News.  That 2020 shooting reportedly left Kevin Holloman, 28, dead as an unintended target.  Morgan was allegedly after Holloman’s cousin when he shot Holloman instead.  That shooting occurred just blocks from the McDonald’s that is the subject of the more recent incident.

WABC-TV said that Morgan has 13 prior arrests on his record.

That same television station further noted that the McDonald’s shooting occurred amid a rash of other violent incidents at New York City fast food restaurants.  In May, a worker was stabbed at an East Harlem McDonald’s; in January, a 19-year-old was shot and killed during armed robbery at a Burger King that is also located in East Harlem.

Additionally, as Law&Crime reported in late June, one Subway employee in Georgia was killed and another was critically injured after a fight about the amount of mayonnaise on a sandwich.