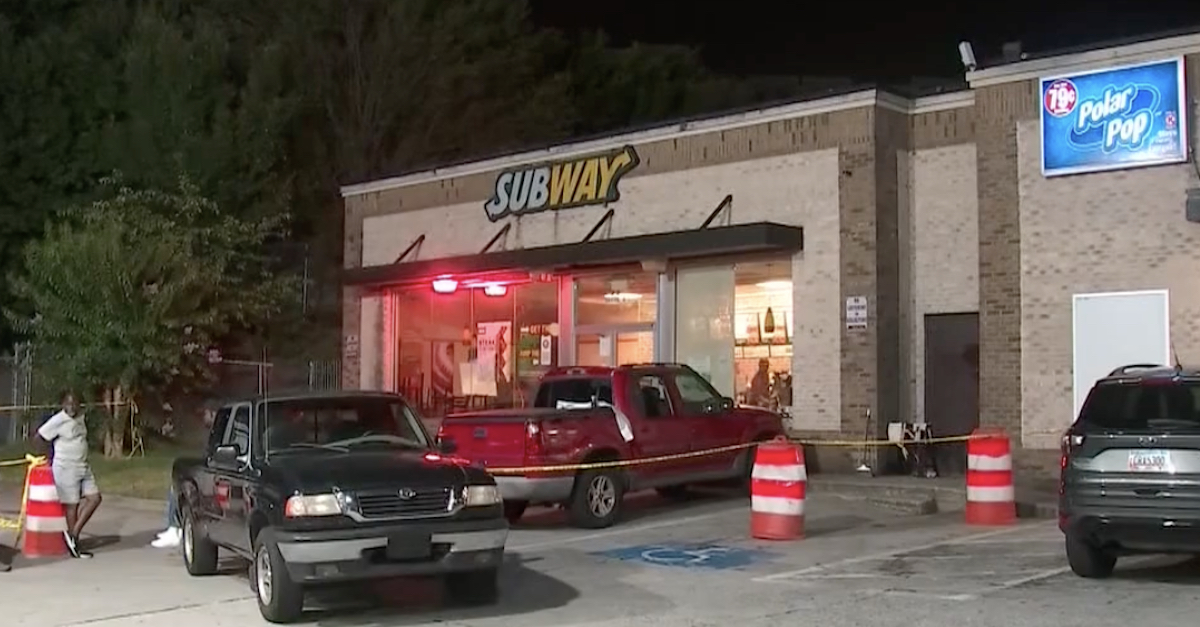 A 36-year-old Georgia man killed a 26-year-old Subway restaurant employee and critically injured another on Sunday because he thought there was too much mayonnaise on his sandwich, police say. The alleged shooter was arrested shortly after the tragic incident.

While authorities have not yet revealed the alleged shooter’s name, Atlanta Police Deputy Chief Charles Hampton Jr. said that the suspect is from the Atlanta area. Hampton provided details about the “very tragic situation” to reporters during a Monday afternoon press conference.

“What we know is that the suspect came inside the restaurant and ordered a sandwich and there was something wrong with the sandwich that made him so upset that he decided to take out his anger on two of the employees here,” Hampton said.

According to Hampton, following the Sunday shooting, which occurred at approximately 6:30 p.m., a witness contacted authorities with a tip about the shooter that “helped lead this investigation in the right direction.”

“A very senseless act,” Hampton continued. “Someone armed with a handgun who could not resolve their conflict decided that that was the way to resolve it. And so now we have one female deceased and another recovering from the injuries.

A 5-year-old child also in the restaurant when the shooting occurred was in grave danger, Hampton said. That child is the son of a 24-year-old female employee who is reportedly in critical condition.

The owner of the restaurant, Willie Glenn, spoke with Atlanta NBC affiliate WXIA-TV and confirmed that the alleged shooter was angry about the amount of mayonnaise on his sandwich.

“We had a customer come in that was a little upset with how his sandwich was fixed. Believe it or not, it was over too much mayonnaise on his sandwich. He decided to escalate the situation and from there — that’s when all hell broke loose,” Glenn reportedly said. “Because of what happened tonight, my partners and I are reevaluating whether or not we’re going to continue to do this, in this neighborhood anyways.”

The manager of the restaurant was also armed and reportedly returned fire at the suspect, the owner said.

“It just breaks my heart to know that someone has the audacity to point a weapon and shoot someone for as little as too much mayonnaise on a sandwich,” Glenn reportedly told The Associated Press.

Asked why authorities were not releasing the name of the suspect in custody, Deputy Chief Hampton said it was to keep the focus on the more important issue.

“I want the focus to be on the gun violence,” he said. “Yes, it’s a sandwich, but more importantly, someone failed to resolve a conflict by just walking away, having a conversation to just reorder a sandwich, decided to take actions into his hands, and now we have families who are devastated.”

Sunday’s deadly shooting was not the only senseless food-related homicide in recent weeks. Authorities in New York City last month arrested a man who allegedly killed a Chinese food delivery man over the amount of duck sauce he received in an order from the restaurant where the victim worked.