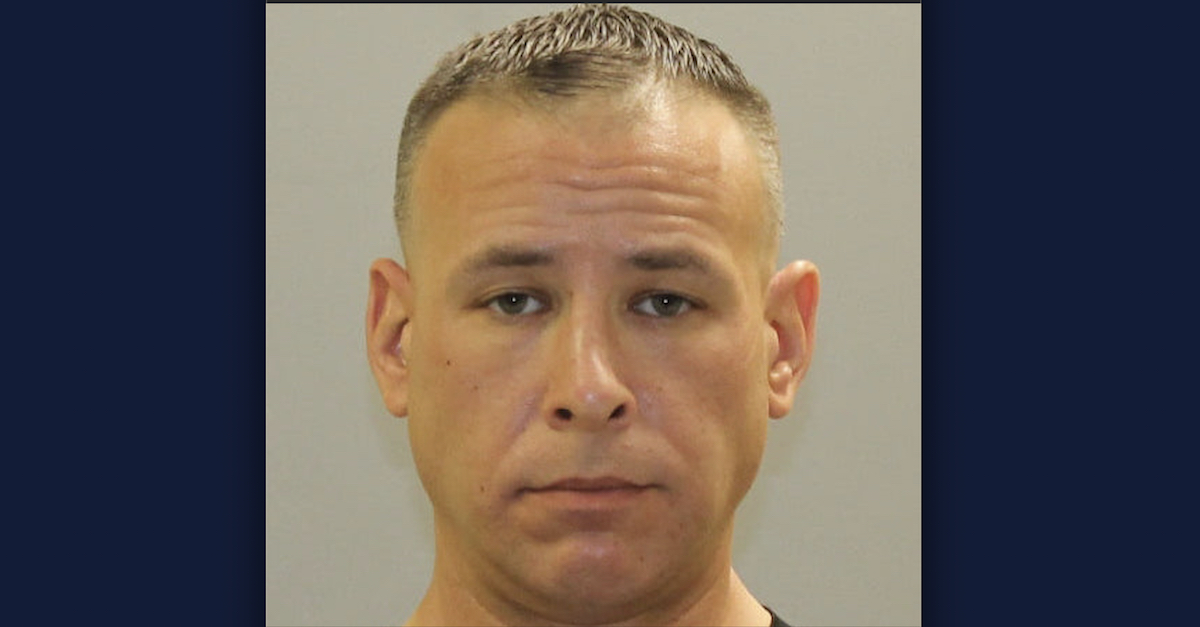 A 42-year-old Maryland man was detained and booked last week and charged with a slew of counts — including allegations involving child pornography and bestiality. Jason Paul Havelt is facing 16 separate criminal charges after police allegedly found a series of repugnant photographs and videos in his possession that depicted minors engaged in sex acts as well as Havelt himself engaging in “sexual acts” with his own dogs, authorities said.

Detectives with the Frederick County Sheriff’s Office say they received a tip in November 2021 concerning ongoing animal abuse and cruelty. The tipster identified Havelt as the alleged suspect, the sheriff’s office said in a Friday press release. The tipster provided the FCSO detectives with a USB drive that allegedly contained “photos of Havelt performing sexual acts on his dogs,” per the release. A copy of the USB drive was also provided to the Frederick County Division of Animal Control.

A criminal summons was issued in the District Court for Frederick County against Havelt on Feb. 2, 2022 charging him with seven felony counts of aggravated animal cruelty, records show. The summonses were not immediately served on Havelt.

Deputies on March 17, 2022 obtained and executed a search warrant on Havelt’s home located in the 4300 block of Ijamsville Road where Havelt was taken into custody without incident, authorities said. In the course executing the warrant, investigators seized three cell phones and other electronic devices allegedly belonging to Havelt.

Officers with Fredericksburg Animal Control also reportedly responded to the scene and took custody of two dogs in Havelt’s possession, The Frederick News-Post reported. The agency’s director, Dave Luckenbaugh, reportedly told the newspaper that the animals had been examined by a veterinarian where were both “doing well.”

Per the News-Post, Animal Control’s investigation into Havelt began back in February 2020, when an anonymous tipster indicated that officers should look into the well-being of his pet dogs. An officer reportedly went to Havelt’s home and found him with six dogs but did not find anything unusual. Because the tipster did not provide a name, Animal Control was unable to get back in touch with that person for additional information. Police were reportedly able to followup with the original tipster after coming into possession of the USB drive.

Havelt was convicted in 2005 on three misdemeanor counts of possession of a forged prescription and received an 18-month suspended sentence, per court records. Havelt does not appear to have been convicted of a felony in Frederick County, and prosecutors have not responded to a Law&Crime request to ascertain which felonies render the defendant ineligible to possess a firearm.

The Frederick County District Court Clerk’s office said that the state’s aggravated cruelty to animals case against Havelt was initiated by a criminal summons which had not yet been served on the defendant. The office told Law&Crime that the summons is expected to be served on May 11, when Havelt is scheduled to appear for a hearing on those charges. Additional court documents will be made available to the public following service of the summons, per the clerk’s office.

In addition to the seven counts of animal cruelty, court records indicate that Havelt is facing charges of possessing child pornography with the intent to promote or distribute, possession of child pornography, and seven firearm-related charges.

He is scheduled to appear before a judge on the child pornography and firearms charges on April 11 and on the animal cruelty charges on May 11.  Online jail records indicate the defendant remains in custody; court records suggest he’s being held without bond.

Havelt is listed as being represented by the Frederick County Public Defender’s Office, though no specific attorney is listed.

The FCSO did not immediately respond to a message from Law&Crime seeking additional information on the case.