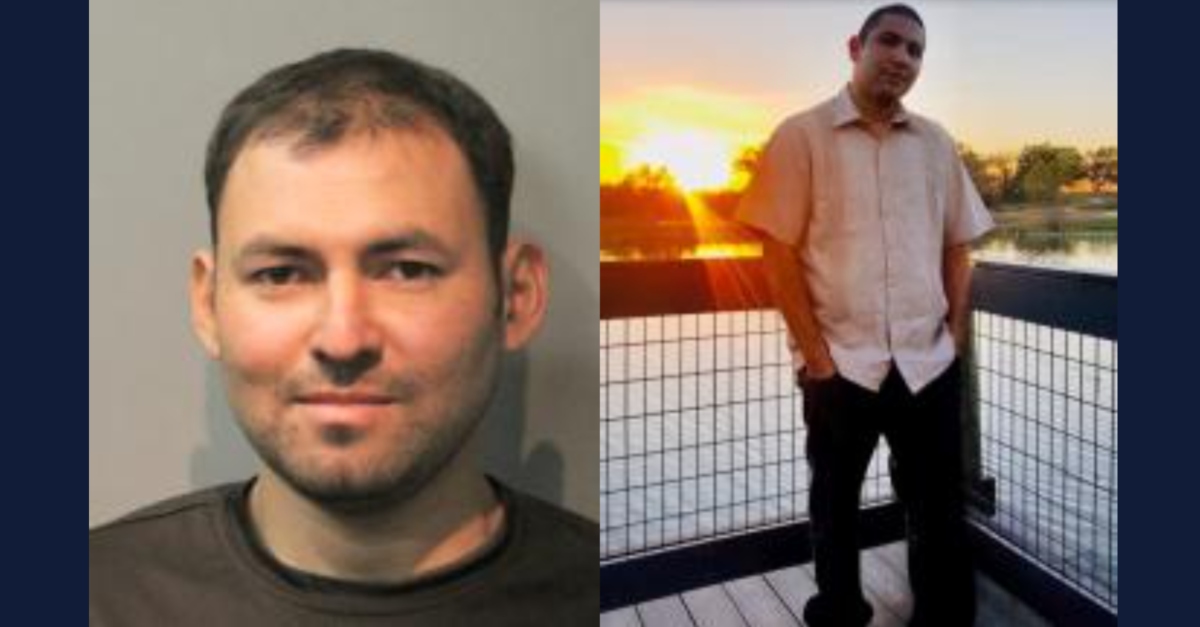 A Texas man was sentenced to prison for shooting and killing a man he falsely believed had stolen from his transmission-repair shop when in truth, victim Nicolas Bautista was just an “innocent stranger” walking by defendant Oscar Aristides Garcia‘s business that fateful day.

“A man who intentionally kills an innocent stranger and then does everything he can to cover up his crime and run from accountability deserves to spend decades in prison for the pain he caused,” Harris County District Attorney Kim Ogg said in a statement released over the weekend.

Records show Garcia, 35, was sentenced last week to 35 years in prison, with credit for 776 days in jail. This development was only just reported with Ogg’s announcement over the weekend.

(Law&Crime Coverage: Mother, Father and Toddler Dead in Mysterious Arkansas Double Murder-Suicide that Has Shocked a ‘Tight-Knit’ and Tiny Town Not Used to Violence)

According to the press statement and charging affidavit, Bautista, 37, and his girlfriend walked by Garcia’s transmission shop on Oct. 28, 2018. The couple was going to a restaurant for Sunday brunch, but Garcia believed Bautista was the man stealing pickup tailgates from the shop.

Prosecutors said Bautista was never actually implicated in such behavior. But Garcia, armed with a shotgun, drove off in a truck he had been working on and followed the couple, authorities said. Bautista and his girlfriend took an Uber to a restaurant when they discovered their intended destination was closed. After their meal, they took another Uber home. Garcia continued following them all the way to their residence in the nearby city of Pasadena.

According to authorities, Bautista’s girlfriend said they had been dropped off at their home when a black pickup truck pulled up behind them. The suspect accused Bautista of stealing from him. The girlfriend translated for her boyfriend because Bautista knew little Spanish.

“During the rebuttal of the allegations, the victim began to walk away from the suspect at which time the suspect raised the rifle and shot the victim one time,” the affidavit said.

Prosecutors said Garcia even pointed the shotgun at the girlfriend and pulled the trigger, but it did not fire.

(Law&Crime Coverage: Alabama Man Gets Life in Prison for Murder of Woman Who Was Beaten to Death, Dumped in an Abandoned Well and Covered in Concrete)

Garcia picked up a shell casing and fled in the truck. Officers arrived to find Bautista lying face down on the sidewalk, with a faint heartbeat. He was taken to a nearby hospital and pronounced dead a short time later.

Meanwhile, Garcia worked on hiding evidence, authorities said. He demanded another mechanic store the truck in the man’s garage, he destroyed his business’ security camera recording device to hide that Bautista walked by his own business, and he broke into a local taqueria to destroy their security camera recording device as well, prosecutors said.

Garcia then fled to his native country of Salvador, even leaving his pregnant wife and their three children behind, prosecutors said. They later joined him there. U.S. Marshals arrested him when he returned stateside two years later.

Prosecutors requested a sentence of 50 years in prison, and the defense asked for 15, the D.A.’s office’s statement said.

David M. Paz, an attorney for Garcia, told Law&Crime that his client conceded guilt and accepted responsibility. Their case was focused on offering mitigation evidence.

He said that both Bautista and Garcia had a tremendous amount of support in court. He said he was grateful for how Judge Marc Brown handled the sentencing hearing. It was a difficult case for both families, he said.

“In cases like this, emotions run really high,” he said.

“He was a loved son, a loved brother, and a loved boyfriend,” the prosecutor said. “He worked hard and is remembered very fondly, and they’re glad they finally got justice.”