Alabama Man Gets Life in Prison for Murder of Woman Who Was Beaten to Death, Dumped in an Abandoned Well and Covered in Concrete 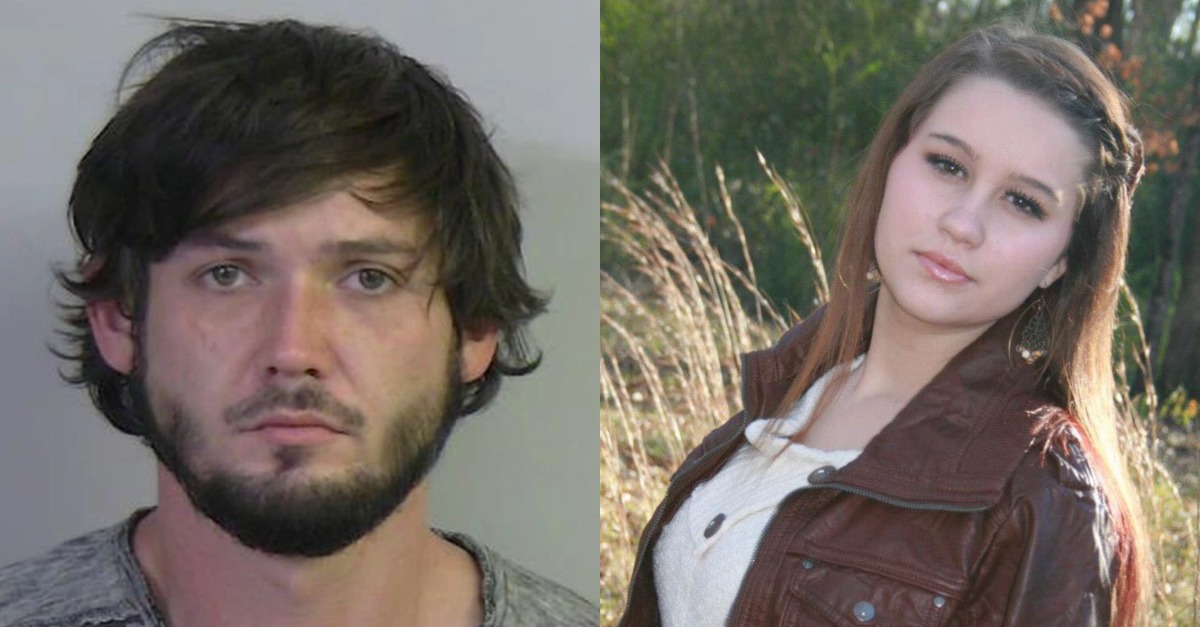 Marka “Willoe” Watkins was only 20 years old when she was beaten and strangled to death by a group of people in Alabama during the summer of 2019. Her assailants then wrapped her corpse in garbage bags, dumped her body in an abandoned well and covered it up with concrete.

On Wednesday, one of her killers was sentenced to life behind bars.

Kendal “Tyler” Battles, 31, was facing a minimum of 10 years in state prison over the murder for which he was convicted in September of this year. He got the maximum instead. Though granted time-served since his arrest in July 2019, Battles will not be eligible for probation.

Hailing from West Jefferson County, Ala., Watkins was reported missing by her grandmother on June 15, 2015. Her body was discovered at the bottom of an abandoned, old well, some 30 feet below ground on July 29, 2019 in Tuscaloosa County, Ala.

According to AL.com, investigators spent over 12 hours excavating the well in order to retrieve the woman’s remains.

“We believe Watkins was at one of the suspect’s residence in the 20000 block of Tanya Dr. in Tuscaloosa County when she was assaulted and killed,” Tuscaloosa Violent Crimes Unit Assistant Commander Captain Kip Hart said. “The suspects then drove her to the address on Will Walker Lane to dispose of the body.”

Battles was originally charged alongside Joseph Brandon Nevels, 22, in the murder. Since then, the list of co-defendants has doubled.

Devon Trent Hall, 30, pleaded guilty to taking part in the murder in July of this year. He received a 30-year sentence.

Authorities at the time described the body-recovery process as a “brutal scene” and later investigation returned evidence of a shockingly brutal crime. Watkins was beaten with a baseball bat and shotgun before she was strangled to death with some kind of a cord. According to the Tuscaloosa News, the Alabama Department of Forensic Sciences found that Watkins cause of death was due to blunt force trauma and asphyxiation–while noting that she suffered a broken hyoid (neck) bone.

The alleged motive was petty anger over a small-bore theft.

“[Nevels] stated Watkins stole his cell phone,” court documents obtained by AL.com after Hall was arrested in August 2019 allege. “Nevels got upset and hit her in the head with a shotgun.”

After that, the three others allegedly joined in and used their hands, feet and the youth-sized aluminum bat to beat the woman before strangling her with the cord. Hall and Nevels each claim the other performed the final act of killing with the cord.

Violent tragedy is no stranger to the Watkins family–in starkly and disturbingly similar terms.

The victim’s mother, Miranda Michelle Lynch, was found dead in a pool of her own blood inside of a Jefferson County mobile home in August 2015. Authorities say Lynch was kidnapped, held captive and then repeatedly beaten by a group of three women.

Those three women, authorities allege, wanted access to her believed-to-be-dying boyfriend’s Supplemental Nutrition Assistance Program funds (the federally-funded and state-administered program previously called Food Stamps) which, at the time, would have been roughly capped at substantially less than $200 per person per month.