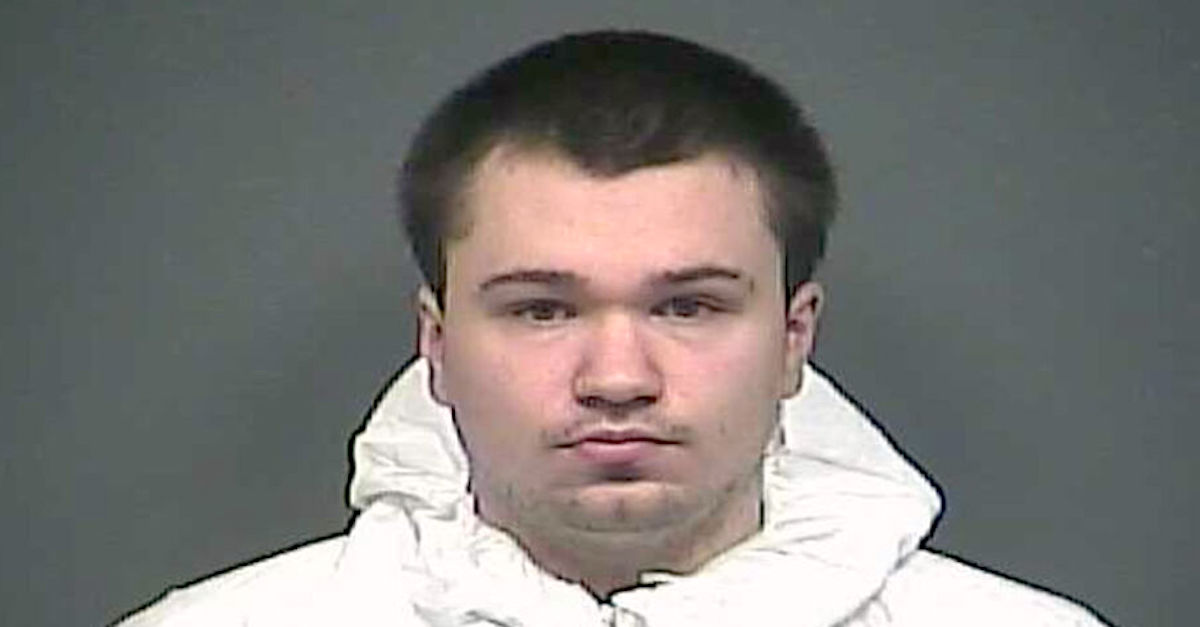 A Tennessee man authorities caught strapped down in “ballistic body armor” is accused of shooting and killing his 11-year-old sister, his mother, and another adult male who authorities described as a relative but did not definitively identify. The man accused of committing the crime spree tacitly admitted to pulling the trigger when a reporter from ABC affiliate WKRN-TV threw questions at him as he was being thrown into jail.  He bizarrely claimed that he killed in “self defense” — despite the alleged body armor and despite his sister’s age.

The Friday killings occurred about an hour south of Nashville in Maury County, the local sheriff’s office said in a press conference carried by area FOX affiliate WZTV.  Sheriff Bucky Rowland told gathered reporters that one family member “escaped through a window” and ran to a neighbor’s house to call 911 during the early morning mayhem. The escaped family member said four others were in the home where one person started pulling the trigger.

Nathanial Pipkin, 22, immediately became a suspect. The sheriff said he fled the area in a silver 2003 Ford Mustang. Authorities in Monteagle, Tenn., spotted the vehicle at 8:50 a.m. and confirmed its license plate number. The local police in Monteagle sought backup from the Tennessee Highway Patrol, pulled Pipkin over, and arrested the defendant “without incident.”

Pipkin was arrested at 8:56 a.m., Rowland continued. In the approximately three hours between the shooting and the arrest, Pipkin had managed to travel 107 miles.

Stephanie Langston, a reporter with Nashville ABC affiliate WKRN-TV, asked Pipkin for comment as he was being hauled into jail.

“Self defense?” questioned a bewildered onlooker.

“Self defense?” questioned two more people present — one of them apparently Langston.

Video of the impromptu perp walk question-and-answer session is embedded in the report below:

In response to separate questions from reporters at a press conference, Rowland said he could not comment on Pipkin’s possible motive but did say his department had contact with Pipkin back on March 2 for allegedly unlawfully possessing a weapon.

Rowland did not name or otherwise identify the person who escaped through the window and called 911. He said he wished to protect the individual’s privacy because the person “went through a horrible situation.”

The sheriff said the day was filled with both extreme sorrow and a sense of pride.

“Our agency and our sister agencies . . . everybody came together for one cause,” Rowland said. “Within three hours, this guy’s 100+ miles away, and he doesn’t know that we have a clue who he is. And he’s taken into custody. This is one that everything kind of lined up. It was a lot of great work — professional work done, and I couldn’t be more proud.”

“On the other side,” the sheriff added, “my heart breaks for a family that’s been destroyed today.”

“It’s a great place to live and raise a family,” the sheriff said when asked if the triple killings were a shock from the ordinary happenings in his area. “We’ve had more than our fair share . . . there’s nothing happening here or not happening here that’s not happening all across the state of Tennessee and across our nation.”

The local newspaper recounted one such incident — an Oct. 2018 shooting where a mother killed her four teenaged children before killing herself.

The defendant was booked into the Maury County Jail and would be charged with “three counts of homicide,” the sheriff said.

Neighbors told the various area news outlets that nothing much happens in their immediate environs and that people in the area where the killings occurred tend to look out for one another.  One assumed the rush of police activity was the result of a car accident.