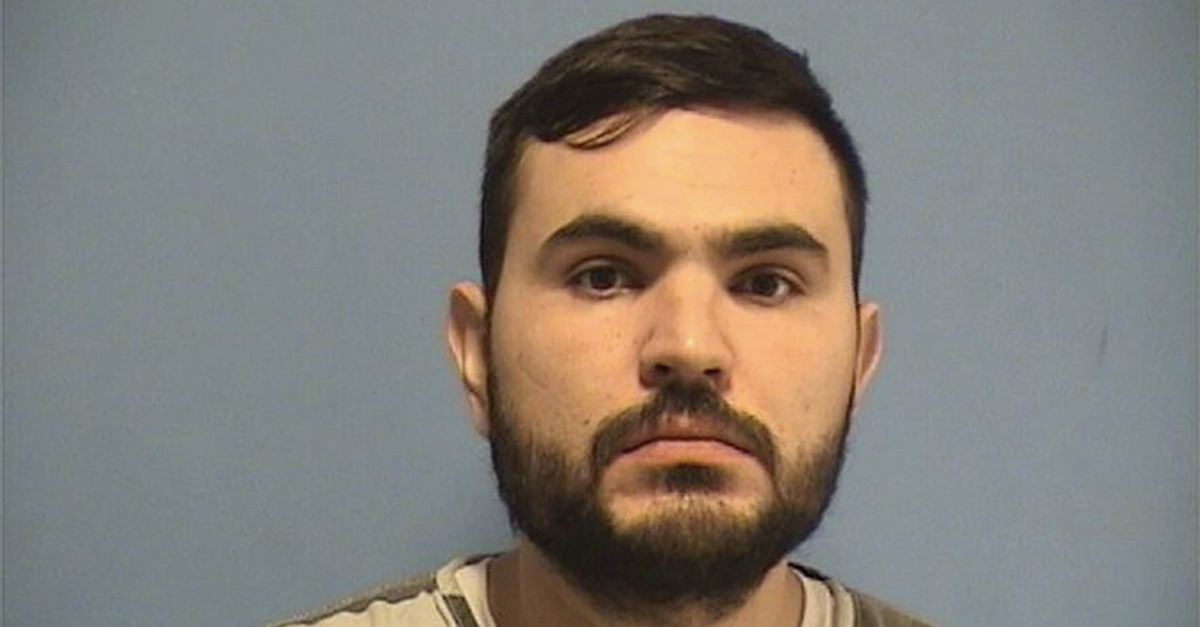 A Louisiana man has been arrested in connection with an alleged murder-for-hire plot that is said have targeted his business partner. Ahmad Slyyeh, 30, stands accused of one count of solicitation of murder. He was booked and charged on Wednesday after turning himself in to the St. Tammany Parish Sheriff’s Office. The arrest was announced on Thursday.

“I am very proud of the hard work of our deputies and detectives!” Sheriff Randy Smith said in a statement obtained by New Orleans ABC affiliate WGNO. “They work very hard to keep everyone safe and to solve any and all crimes. This particular incident could have ended with someone getting hurt, but instead, everyone is safe and the perpetrator is in custody.”

The case appears to have been something of a big easy for law enforcement. According to the STPSO, authorities were told that Slyyeh met with the would-be hit person at his business in Slidell, La., a small city on the northeast shore of Lake Pontchartrain in St. Tammany Parish, roughly 30 minutes south-southwest across the bayou away from the City of New Orleans. In Louisiana, “parish” is the term used in lieu of “county.”

After that alleged meeting, however, the person who was said to have been offered money for the hit went to law enforcement — as well as the defendant’s business partner — and spilled the proverbial red beans and rice.

According to Crescent City metropolitan area-focused news outlet Nola.com, the business in question is a gas station and convenience store that is operated on U.S. Route 11 near the outer edge of Slidell.

It’s unclear when either the alleged murder-planning meeting occurred or when the putative assassin had the apparent change of heart.

But, the STPSO says, detectives eventually obtained enough evidence to issue a warrant for the defendant’s arrest.

Slyyeh, who hails from Metairie, La., became aware of his wanted status, as well as the concomitant police search, and turned himself in at the St. Tammany Parish Correctional Center, according to local FOX affiliate WVUE.

Law enforcement has not currently suggested a motive for why Slyyeh allegedly wanted his business partner dead.

The defendant is being detained in the St. Tammany Parish Jail. His bond has been set at $225,000.

Murder-for-hire plots have had something of a moment in recent months and years.

In September of last year, a Florida woman allegedly attempted to use the easily-traceable Bitcoin cryptocurrency to facilitate such a plot. Similar alleged (and subsequently foiled) plots by women attempting to use Bitcoin were reported on again in both October and November 2021 in Wisconsin and Mississippi, respectively.

Aside from poorly-thought-out uses of the digital asset, murder-for-hire plots also made news out of Texas and New York City last November. In the Lone Star State case, an attorney allegedly attempted to have another attorney killed over sexual assault allegations. The Big Apple plot was conceived by a former NYPD cop who pleaded guilty to obstruction charges and received a four-year sentence in an Empire State prison.