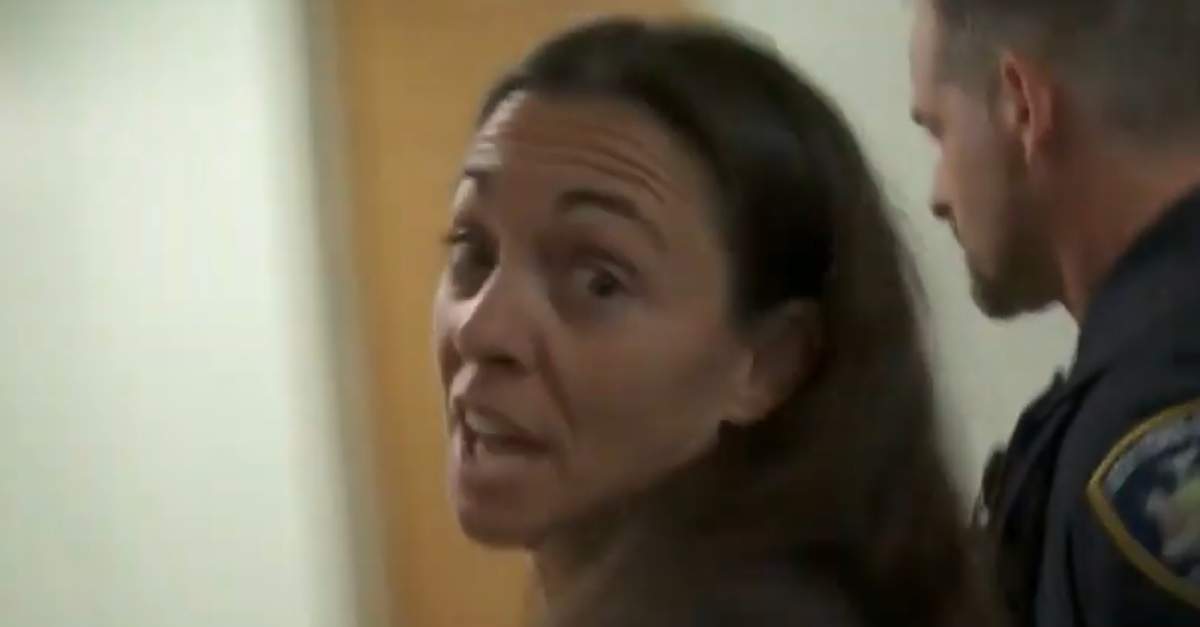 A former New York City police officer who pleaded guilty to obstructing an investigation into what prosecutors called a “brazen” and “violent” murder-for-hire plot received a 4-year sentence on Friday, Law&Crime confirmed.

In 2019, then-NYPD officer Valerie Cincinelli had been working with the department’s domestic violence unit in Queens when a grand jury indicted her for allegedly hiring a contract killer to murder her estranged husband Isaiah Carvalho and her boyfriend’s daughter. Cincinelli deleted text messages related to the plot.

The case relied heavily on an informant: Cincinelli’s boyfriend John DiRubba, who provided recordings to the FBI.

Cincinelli’s defense team has argued that the dropped murder-for-hire counts show the weakness of those allegations, characterized by her lawyer as a scorned lover’s revenge.

“In a broken and compromised state Ms. Cincinelli uttered the unthinkable and dangerous words directed at her soon to be ex-husband and John DiRubba’s daughter,” her attorney James Kousouros wrote in a defense memo. “At the time she had these conversations with DiRubba, she was angry, she was emotionally distraught, as DiRubba created and then facilitated the basis and platform for these nefarious conversations. The evidence clearly shows that she did not, however, pay him to hire a hitman and that she never believed that he did or would.”

In a sentencing memo requesting a five-year sentence, federal prosecutors say that the records “leave little doubt” as to Cincinelli’s intentions.

“The audio and video evidence in this case—none of which is disputed—reveal the stunning detail in which Cincinelli plotted the murders,” the memo states. “Contrary to the defendant’s assertions, the recordings leave little doubt that the defendant was determined to have her husband and her boyfriend’s teenage daughter killed by a hitman. Moreover, the recordings are conclusive proof of her own actions in destroying evidence to avoid detection by law enforcement.”

Prosecutors quote from those conversations between Cincinelli and DiRubba liberally in the brief, including a conversation on May 8, 2019, where the boyfriend can be heard telling the defendant, “It’s going to happen this weekend.”

“I hope so,” Cincinelli says.

Snippets from the transcript depict her frustration about the length of time it has taken.

That same day, DiRubba warned that it would look “very suspicious” if his daughter and Cincinelli’s husband turned up dead in a single weekend, and so Cincinelli advised staggering the murders, prosecutors say.

On May 13, 2019, the two discussed alibis, with Cincinelli floating an idea that somebody killed her husband Carvalho, who sold fireworks, during a bungled robbery.

DiRubba: Killed over fireworks? . . .
Cincinelli: No, the money that you have from selling them.
DiRubba: What like somebody robbed him?
Cincinelli: Exactly.

As for DiRubba’s daughter, prosecutors say that Cincinelli harbored “deep-seated jealousy and resentment” toward her, describing the 13-year-old as a “dickrider,” “cunt,” “slut,” and “whore.” Cincinelli cyberstalked her, conducting 130 separate internet searches over the girl.

U.S. District Judge Joanna Seybert‘s sentence fell shortly below the government’s request, which would have exceeded the sentencing guidelines by a year.

Read the government and defense sentencing memos, below: