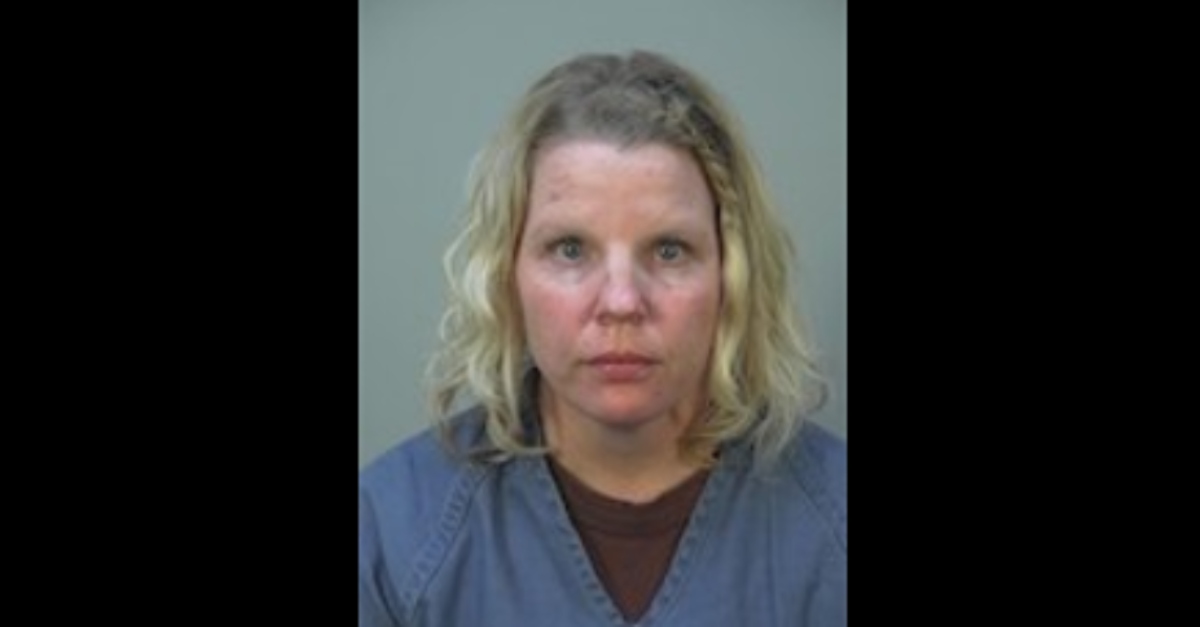 “It was my divine right as a mother to protect my children,” Kelly Harper, 38, said in a Wisconsin court room when she pleaded guilty in a murder-for-hire plot last June, according to The Wisconsin State Journal. But Harper’s divorce file, obtained by the newspaper before a judge sealed it, said her claims of abuse against her ex-husband were either not substantiated or prosecutors declined to file charges.

As part of her plea agreement, Harper was sentenced on Thursday to six years in federal prison. Prosecutors said she concocted a murder-for-hire plot against her ex-husband, described in court documents and a Department of Justice press statement as “KV” or Known Victim.

According to the federal complaint, this wound up on law enforcement radar when cops in Sun Prairie, Wisconsin, got a suspicious person call at a local home on Jan. 12. Once there, they found KV and a person identified as Journalist #1 having a videoconference call with Journalist #2 and Journalist #3. The trio of reporters worked for the British Broadcasting Corporation, according to the Journal. They told officers that they were investigating a murder-for-hire site on the dark web when they learned someone wanted to kill KV. The reporters had communications dated Dec. 3 to Dec. 10, 2020, which showed an unknown person (later identified as Harper) telling a purported murder-for-hire site administrator about killing “the target.”

“The target needs to be killed, he is a white 5 foot 5 male, dark brown short hair, blue eyes, weighs 165 pounds,” she wrote, according to the complaint. Harper gave details about his vehicle, workplace, cell phone number, and also provided pictures of him and his vehicle, authorities said. The site administrator asked for proof of payment for bitcoin. Harper provided a screenshot of a bitcoin wallet worth $5,633.87.

On top of that, she previously made an Oct. 19, 2020 bitcoin transfer to a second murder-for-hire dark web site, authorities said.

A search warrant executed at Harper’s home on Feb. 5, 2021 revealed that screenshots of a murder-for-hire site on the dark web, and pictures she sent to the site administrator. She admitted under questioning that she paid bitcoin to have KV killed, according to the complaint.

Harper said in her sentencing Thursday that she was in a “dark place” when she did this. She voiced an apology to her ex.

“I’m ashamed,” she said, according to the Journal. “I hope he can forgive me.”

Her ex had no kind words.

“You’re a monster,” he said, telling her that he, his significant other, and his children faced anguish from harassment and gossip, and fear he would be killed. They had to move homes. He was labeled a security risk at work because of the murder-for-hire contract, he said. His children faced teasing, bullying and taunting at school. Even teachers tried to get gossip out of the children, he said. And his relationship with his significant other almost broke, he said.

“You, Kelly Harper, have been putting me through hell for six years now,” he said. The outlet did not name him because he could possibly face new harassment. U.S. District Judge William Conley asked him if he thought the six-year sentence was enough. The ex said he would have liked more, but he voiced trust for the U.S. Attorney and the judge with the decision. Harper will have to face three years of supervised release, records show. Her attorney, public defender Joseph Bugni, declined to comment to Law&Crime.

Update – 6:00 p.m.: Bugni responded to a Law&Crime request for comment.