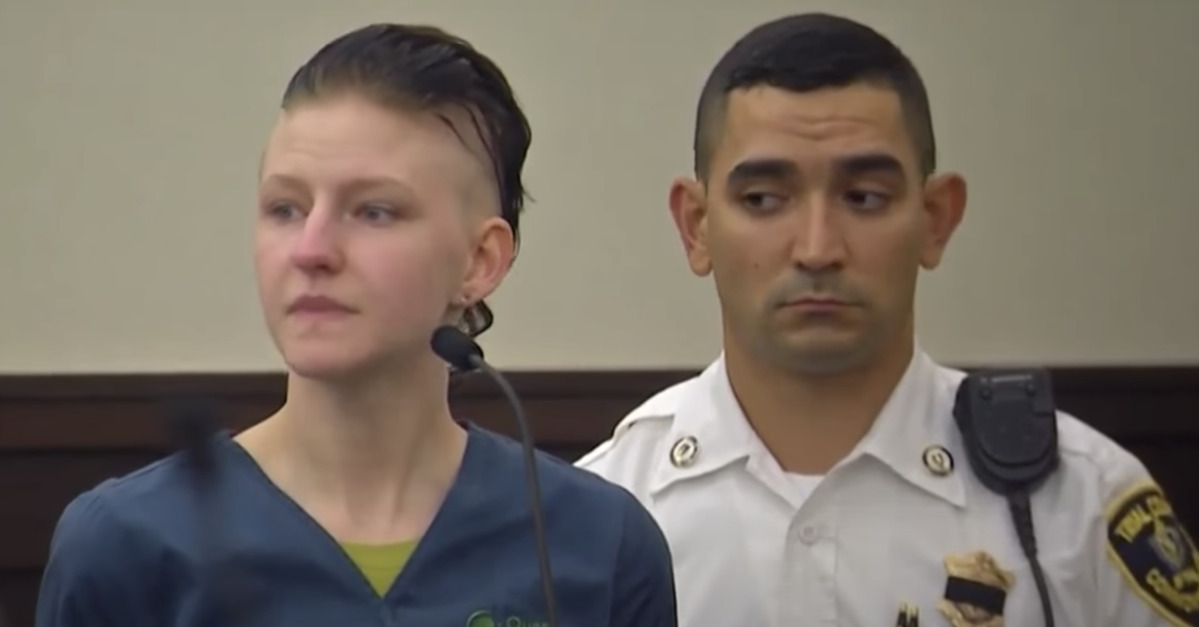 Massachusetts State Police Trooper Matthew Prescott was the lead investigator in the high-profile slaying and took the stand in Worcester Superior Court to discuss the defendant’s alleged pay-for-play activities. During his time, he read from a menu of services that Enright allegedly provided which included, according to MassLive, “hitting and slapping, water play, and fantasy/fetish play.”

Chicklis’s body was found, in a state of advanced decomposition, by a person out for a run on July 10, 2018 in New Hampshire. The corpse was wrapped in a blanket, tarp and canvas sheet–all of which were inside garbage bags that had been duct-taped shut, Worcester County Medical Examiner Jennie Duval previously told jurors.

Prosecutors allege that Enright killed Chicklis and then worked tirelessly to clean up the evidence. From there, she allegedly constructed an alibi by sending the Chicklis text messages and going out for sushi with her boyfriend, John Lind, later in the day after Chicklis died.

The defense, on the other hand, claims that Enright was defending herself against an attempted rape with a knife when Chicklis died. Sarah Olson, identified as a “close” friend of the defendant, testified that Enright never mentioned anything about a sexual assault.

As Law&Crime previously reported, Lind is considered to have some highly relevant information but the prosecution is not relying on his testimony because he intends to plead the Fifth Amendment when quizzed–particularly about a more extreme sexual act involving human waste he previously discussed with police. Plus, the state claims they can all-but make their case using physical evidence alone.

The defense, for their part, unsuccessfully fought to keep evidence about Enright’s “deviant” sexual activities–in the business and pleasure sense–away from the jury for reasons of potential bias.

“If the jurors hear this stuff, they’re going to think right away, ‘She’s a weirdo, she’s capable of doing anything,’” Badwey argued in front of the judge overseeing the case late last month, insisting that the inclusion of such evidence was immaterial and prejudicial.

Worcester Superior Court Judge Daniel Wrenn clearly disagreed and now the defense is forced to do what it can when faced with images in which Enright is wearing dark-colored clothing, wigs and boots while “holding a riding crop or whip,” according to MassLive’s court reporter Melissa Hanson. There’s also an image in which the defendant poses with “a restraint device that hangs from a ceiling.”

According to the Telegram & Gazette, one of Enright’s calendars made note of two separate “sessions” in which she was paid between $400-500. Prescott also testified that the defendant’s computer contained a legal contract which outlined exactly what “models” would and would not provide for clients during such sessions.

Wrenn has previously cautioned the jury, however, in a limiting instruction, that the sexual evidence in the case should only inform them as to the defendant’s possible motive or state of mind.