Jan. 6 Committee Split on Sending DOJ Criminal Referral Even Though They Have Evidence Against Trump: Report 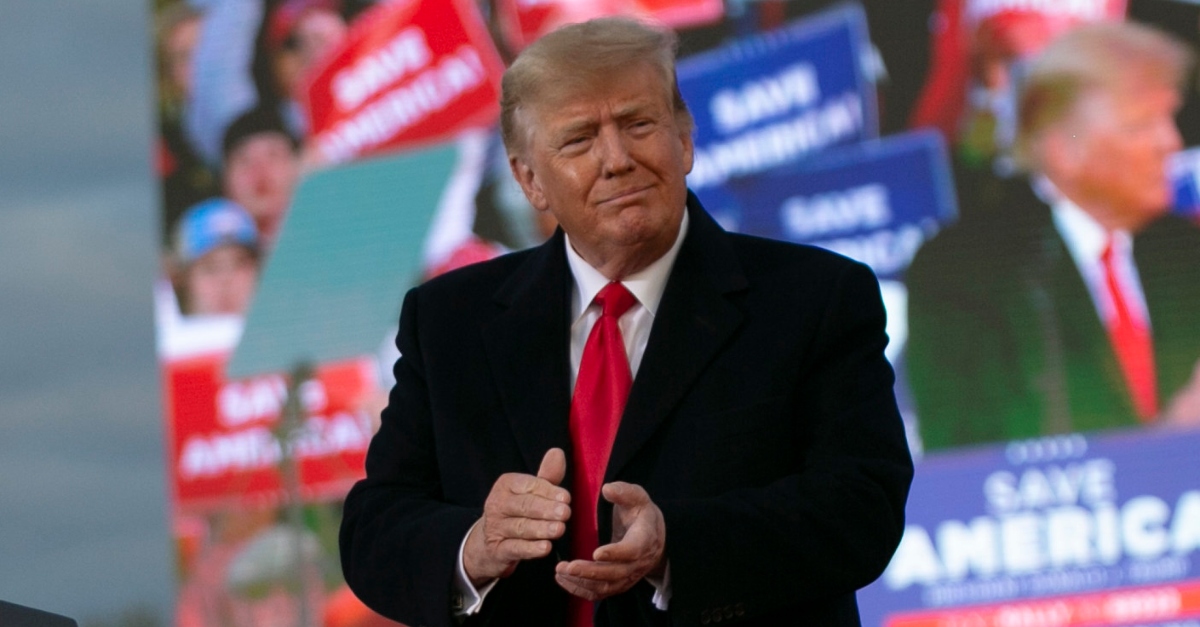 Former President Donald Trump at a rally in Selma, North Carolina on April 9, 2022.

The House Select Committee investigating the Jan. 6, 2021, siege on the U.S. Capitol Building are debating whether to make a criminal referral to the Department of Justice even though they have enough evidence to show that former President Donald Trump committed a crime, according to sources for The New York Times. For them, this is reportedly a problem of optics. At the end of the day, they don’t have prosecutorial powers, so they’re debating on whether they might politically taint the ongoing DOJ investigation into the Capitol siege. The committee still has to put out a final report.

Rep. Zoe Lofgren (D-California, 19th District), a committee member, argued that a criminal referral is unnecessary because it carries no legal weight. Instead, she pointed toward a federal judge ruling that Trump “more likely than not” tried to “corruptly” obstruct the congressional certification of the 2020 election.

“Maybe we will, maybe we won’t,” she said of the potential referral. “It doesn’t have a legal impact.”

She emphasized the ruling by U.S. District Judge David O. Carter of the Central District of California.

“If you read his decision, I think it’s quite telling,” she said. “He and we have reviewed a huge amount of documents, and he reached a conclusion that he outlined in very stark terms.”

Carter’s ruling concerned whether the committee could get their hands on 111 emails written by the so-called “coup memo” author, lawyer and former law professor John Eastman. He ultimately decided the congresspeople could take a look at 101, with the remainder he considered “entirely non-substantive.”  Though evidence “clearly supports” Eastman and Trump and his campaign having an attorney-client relationship between Jan. 4 and 7, 2021, Eastman had encouraged then-Vice President Mike Pence to violate the Electoral Count Act, the judge determined. In other words, this is an exception to attorney-client privilege.

“The illegality of the plan was obvious,” Carter wrote.. “Our nation was founded on the peaceful transition of power, epitomized by George Washington laying down his sword to make way for democratic elections. Ignoring this history, President Trump vigorously campaigned for the Vice President to single-handedly determine the results of the 2020 election. As Vice President Pence stated, ‘no Vice President in American history has ever asserted such authority.’ Every American—and certainly the President of the United States—knows that in a democracy, leaders are elected, not installed. With a plan this ‘BOLD,’ President Trump knowingly tried to subvert this fundamental principle.”

Committee vice chair Rep. Liz Cheney (R-Wyoming) said Sunday on CNN that they have not made a decision about referrals, but she said it was “absolutely clear” that Trump and people around him knew that what they were doing amid Jan. 6, 2021 was “unlawful.”

“It is absolutely clear that what President Trump was doing … was unlawful.”

“I think what we have seen is a massive and well organized and well planned effort that used multiple tools to try to overturn an election,” she said.