Shooting Range Owner, His Wife, and Their Grandson Were Killed in Armed Robbery, Police Say 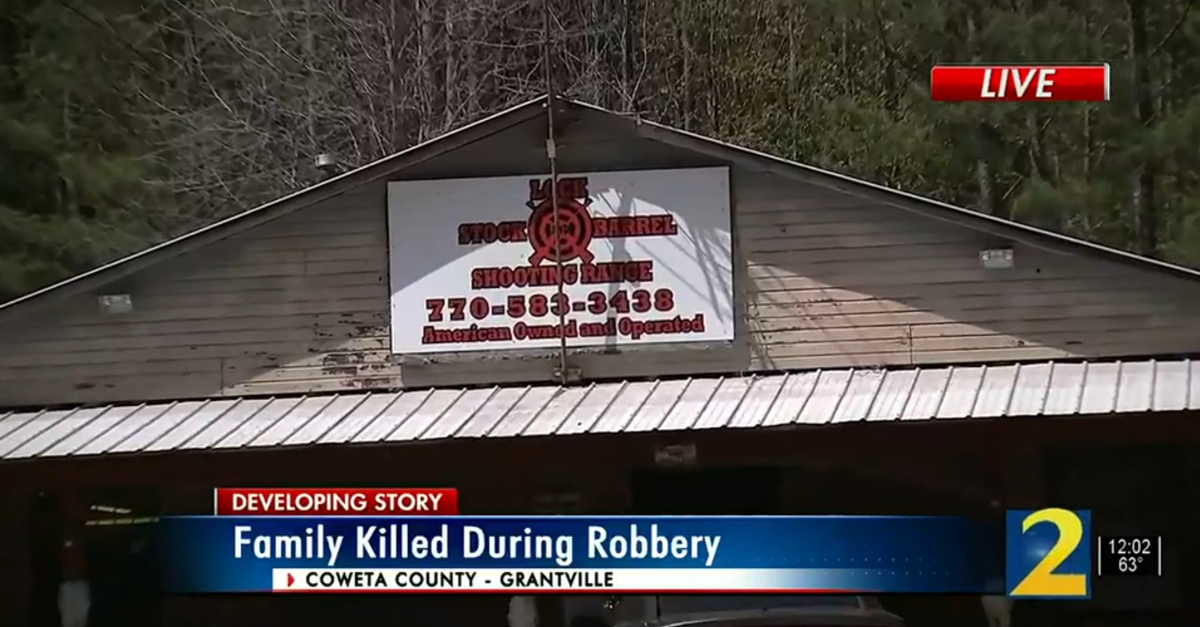 A shooting range owner, his wife, and their 19-year-old grandson were shot and killed Friday in an armed robbery, police say. According to cops in Grantville, Georgia, the person or people responsible stole approximately 40 weapons as well as the camera digital video recorder from the Lock, Stock, and Barrel Shooting Range.

Grantville Police Chief Steve Whitlock identified the victims as Tommy Hawk, Evelyn Hawk, and their 19-year-old grandson Luke Hawk, who was home from college on spring break to help his grandparents with their business, according to WXIA.

The couple usually closed up the store by about 5:30 pm and returned home by 6 pm, the chief said, but when they did not arrive, Luke’s father Coweta Countycoroner Richard Hawk drove there and found the bodies in the business.

Officers were dispatched to the scene shortly after 8pm, cops said.

The couple had no employees and usually worked alone, Whitlock said. Tommy recently experienced a stroke and was gradually returning to full-time work.

Locals voiced shock at what happened. The family was beloved as kind people.

“Tommy would do anything for anybody,” Whitlock said, according to WSB-TV. “It’s just a nice family. It’s been really hard.”

“Anyone having driven by the shooting range during the time frame of 530pm to 630 pm that may have seen vehicles other than a white Ford dually truck and a black Ford expedition are asked to contact the police department,” Grantville officers said. “Please share, maybe someone will remember seeing something to assist with the investigation.”

The ATF, which is participating in the investigation, is offering a $15,000 reward with the city, and the National Shooting Sports Foundation.

ATF, the City of Grantville and NSSF announce $15,000 reward for information leading to arrest and conviction in triple murder, armed robbery and theft of firearms from FFL in Grantville, GA. @GBI_GA pic.twitter.com/XCDkEo05Wq

The agency asks that anyone with information call them at 1-888-ATF-TIPS (888-283-8477), email [email protected], or through its website on www.atf.gov/contact/atf-tips. You can also submit tips anonymous through the Reportit app, or through www.reportit.com.

The Georgia Bureau of Investigation is also participating in the search for whoever killed the family.