Illinois Man Re-Sentenced to 79 Years for Beating Neighbor ‘Nearly Unrecognizable,’ Raping Her as She Died 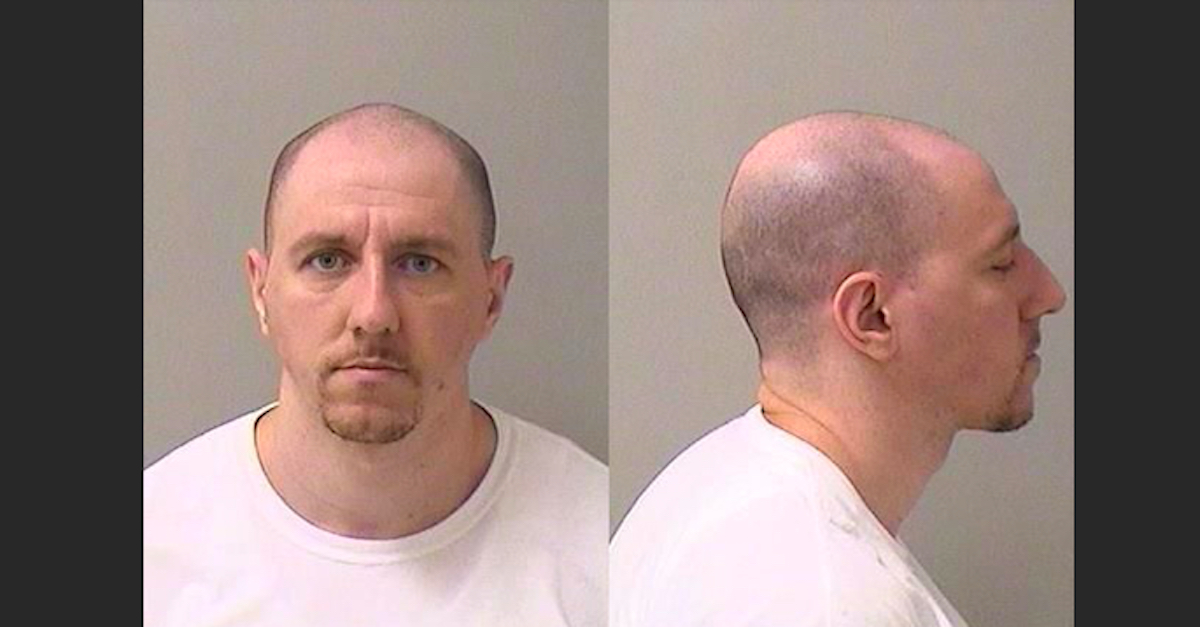 An Illinois man who broke into the home of his 57-year-old neighbor, beat her with a crowbar, and then raped her while she died was sentenced to spend nearly eight decades behind bars for the second time last week.

Minniti was only 15 years old on Oct. 20, 2001 when he broke into Braun’s house located on Bryn Mawr Drive in Aurora and struck her with a crowbar “more than 25 times,” then raped her as she was dying, according to a report from The Chicago Tribune. The Tribune reported that Minniti bludgeoned Braun so viciously that her body was “nearly unrecognizable.” Minniti then reportedly left her to die on the floor in a pool of her own blood, which is where her daughter found her the following day.

He was arrested approximately a year after the attack and reportedly told investigators that he only planned on robbing Braun when she came out and surprised him.

Following a bench trial, Minniti was convicted on one count each of first-degree murder and home invasion, as well as two counts of aggravated criminal sexual assault.

Judge Patricia Piper Golden in 2004 originally sentenced Minniti to 79 years in prison, reportedly saying that “the words `brutal’ and `heinous’ do not adequately describe the degree of depravity” for his crimes. During Minniti’s sentencing hearing, Braun’s son-in-law reportedly read a victim impact statement describing the grisly scene of the horrific crime.

“There was blood on the ceiling, the phone, appliances, light switches, all throughout the house,” he said, per the Tribune. Police detectives also reportedly testified that Minniti took breaks during the barbaric assault to search for food and watch a video.

Minniti’s public defender appealed the sentencing and in March of last year the Illinois Appellate Court for the Second District ordered that Minniti be re-sentenced in light of the U.S. Supreme Court’s 2012 decision in Miller v. Alabama. In Miller, the court voted 5-4 to hold that the Eighth Amendment’s prohibition against cruel and unusual punishment prohibited juveniles convicted of murder from being subject to mandatory life sentences without the possibility of parole.

“Such mandatory penalties, by their nature, preclude a sentencer from taking account of an offender’s age and the wealth of characteristics and circumstances attendant to it,” Justice Elena Kagan wrote for the majority. “Under these schemes, every juvenile will receive the same sentence as every other—the 17-year-old and the 14-year-old, the shooter and the accomplice, the child from a stable household and the child from a chaotic and abusive one.”

But Judge Tegeler reasoned that the original 79-year sentence for the now-36-year-old Minniti did not need to be reduced under the principles espoused in the Miller decision.

“This defendant, at his young age, committed brutal and heinous criminal acts. He violently took the life of a woman and altered our community forever,” Kane County State’s Attorney Jamie L. Mosser said in a statement following Minniti’s re-sentencing. “The victim’s family will never be able to recover from their loss. The safest thing for any community is for this defendant to remain behind bars as long as the law allows. My thanks to Assistant State’s Attorney Joe Cullen who originally prosecuted the matter and was there for the victim’s family to argue on behalf of justice at the re-sentencing hearing.”