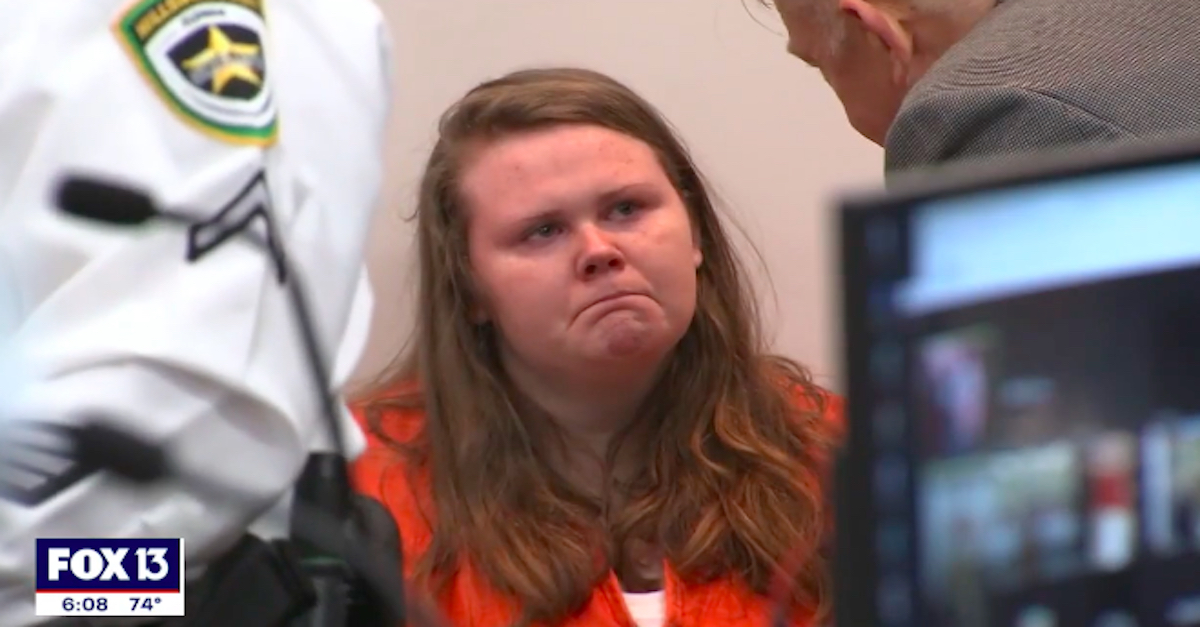 A judge in Florida on Wednesday sentenced a woman to spend the next 15 years behind bars after she admitted to violently shaking her newborn son, leaving the child paralyzed for over a year before he died of his injuries. Tampa Circuit Court Judge Michael S. Williams reluctantly handed down the lenient sentence to Brienna Craig, 27, for taking out her frustrations on her 7-week-old son in 2019, Tampa Fox affiliate WTVT reported.

Judge Williams said he made sure other members of the family signed off on the terms of the plea agreement before he finalized the deal.

“Tough one to accept, but I’ll accept the plea,” Williams reportedly said during Wednesday’s proceeding.

Assistant State Attorney Jessica O’Connor reportedly told the court on Wednesday that Craig penned a letter explaining how she lost her temper and lashed out at the child because he was crying.

“The defendant admitted the victim would not stop crying that day. She snapped. Everything was an accident,” O’Connor reportedly said.

Under the terms of the agreement, Craig pleaded guilty to reduced charges of aggravated manslaughter of a child and child abuse. In addition to the 15 years, Judge Williams reportedly sentenced Craig to 10 years of post-release probation and ordered her not to have any contact with minors. She will also have to take a parenting class and undergo a psychological evaluation.

Deputies with the Hillsborough County Sheriff’s Office in April 2019 responded to a call from personnel at St. Joseph’s Hospital in Tampa concerning suspicious injuries to a 2-month-old baby boy that were consistent with Shaken Baby Syndrome. The child’s injuries were so severe it was determined that he was paralyzed below the neck.

Investigators arrested Craig and charged her with felony child abuse.

The baby remained in the hospital until he died from his injuries in March 2020.

An autopsy performed by the Hillsborough County Medical Examiner’s Office and presented in September determined that the infant’s death was a homicide that resulted from him being violently shaken. Following the child’s death, authorities upgraded the charges against Craig to first-degree murder while engaged in aggravated child abuse.

“This is absolutely tragic and our anger toward Craig is immeasurable,” Chronister told the Tampa Bay Times in September 2020. “The thought of an innocent child suffering at the hands of a grown adult is horrifying and unthinkable. Although nothing will bring this child back, we will ensure Brienna Craig is punished for her evil actions.”

Per WTVT, Craig chose not to take the opportunity to address the court on Wednesday, but Judge Williams addressed her directly with a final axiom about parenting.

“You’re supposed to protect your children,” he reportedly told her, adding, “That’s how it works.”