Florida Man Sexually Abused a Goldendoodle in Front of Multiple Witnesses, Including a Child, Before Fleeing and Destroying Church Nativity Scene: Cops 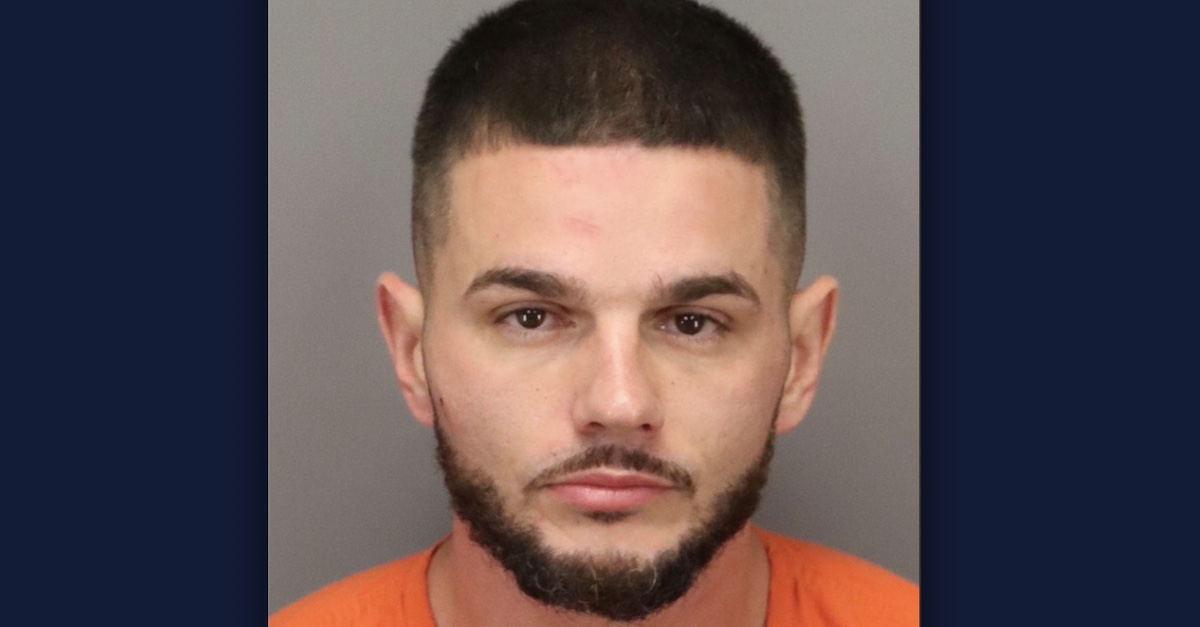 A 36-year-old man in Florida was arrested for allegedly sexually abusing a in front of several horrified families before damaging a church nativity display and attempting to steal a car.

Chad Albert Mason was taken into custody on Sunday and charged with multiple crimes, including one count of sexual activity involving an animal and two counts each of exposure of sexual organs and lewd or lascivious exhibition, court documents reviewed by Law&Crime show.

According to a press release from the Clearwater Police Department, officers at approximately 4:03 p.m. on Sunday responded to several 911 calls regarding “sexual activity involving animals” after Mason “was seen having sex with a dog in the 2600 block of McMullen Booth Road.”

In a sworn affidavit of probable cause obtained by Law&Crime, police wrote that Mason had taken “a known individual’s dog for a walk in an apartment complex” when he then “began to insert his penis into the dog’s anus (a goldendoodle) and perform a sex act.”

In addition to numerous adults who allegedly saw Mason perform the grotesque act, police said that a child was also among the onlookers.

“[Mason] was witnessed by several individuals, including a juvenile,” the affidavit states.

The obscene display was only halted after one of the witnesses stepped in to stop Mason, who proceeded to flee the apartment complex, police said.

“[Mason] was confronted by an adult, removed his penis from the dog and took flight from the scene,” the affidavit states. “During the investigation, [Mason] began to wreak havoc in the surrounding areas. [Mason] destroyed a nativity scene at a church, went into a neighborhood and ripped a mailbox off a residence’s property and entered an unoccupied vehicle, attempting to steal it.”

Police said the nativity scene was set-up in front of Northwood Presbyterian Church, where Mason also allegedly shattered several of the church’s potted planters, causing an estimated $400 worth of damage. In addition to the aforementioned charges, Mason is also facing one count of criminal mischief to a place of worship, jail records reviewed by Law&Crime show.

Officers quickly located Mason and took him into custody shortly after he left the church grounds.

Mason was transported and booked in a Pinellas County jail. He was released on bond and is scheduled to appear in court again next week.