Florida Man Murdered His Ex-Wife and Her Adult Son Amid Dispute over Electric Bill: Deputies 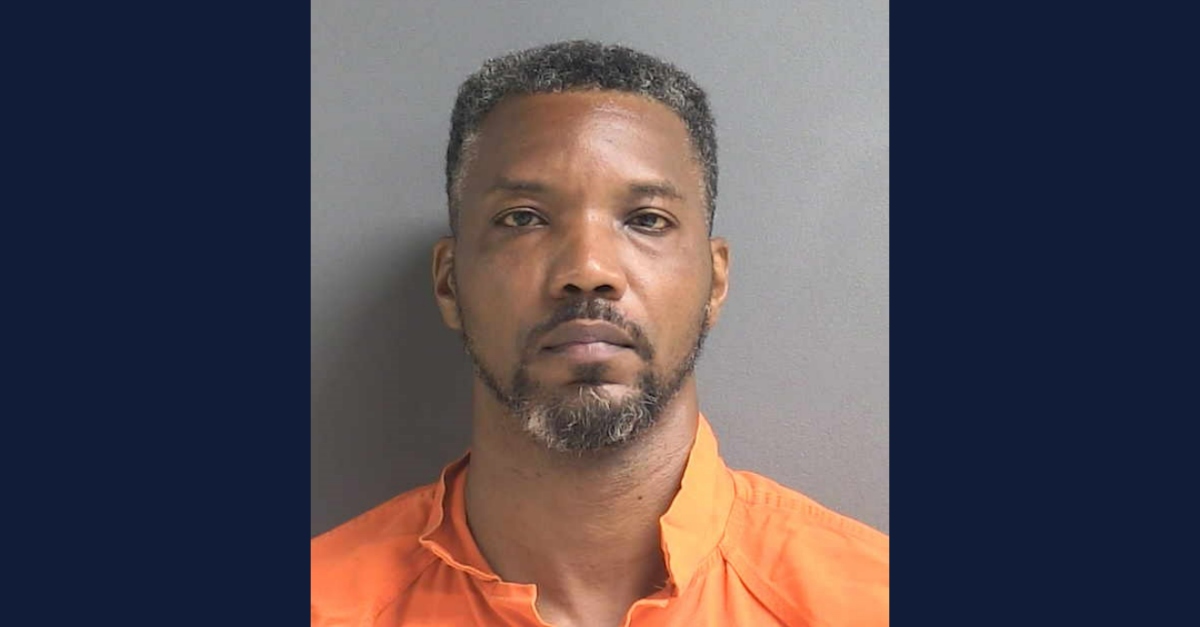 A man is accused of murdering his ex-wife and her adult son over a dispute about the electric bill, and authorities believe it happened in front of the son’s own young children.

Michael D. Williams, 47, allegedly claimed Marsha Ebanks-Williams, 48, and Robert Adams, 28, attacked him and that he was acting in self defense. Authorities, however, said that any visible marks on his body did not match his account of being violently assaulted.

The violent encounter stemmed from a fight over electricity usage at the former couple’s home in Volusia County, Florida. Authorities believe Adams’ children, ages 5 and 6, saw the incident happen.

“This is senseless,” sheriff’s Chief Deputy Brian Henderson said in a press conference on Monday. “This is absolutely senseless.”

Details from a press statement, the press conference and a partially redacted charging affidavit detail what Henderson described as a “toxic” relationship.

Ebanks-Williams and Williams had been married for about 10 years, but they had divorced in June. According to authorities, the plan was for Ebanks-Williams to sell the house, and the former couple would split the money from the sale. Williams was allowed to stay in the home in the meantime, but deputies described the domestic situation as rocky: Henderson said law enforcement was called out to the residence on East Parkway in the city of DeLand five times just in 2022. There were fights and arguments, but nothing rose to the level of arrests, he said.

That allegedly changed, however, after a days-long argument over power usage at the residence. Williams was upset, claiming the others were leaving the lights on at the home, Henderson said.

He allegedly said he left for Orlando to put his things in storage, but before he did, he changed the locks on the patio door, shut off the power to the home via the outside breaker box, and secured that breaker box with a lock. According to deputies, Williams said he got an ADT alert while in Orlando. He returned home to find that Ebanks-Williams and Adams had cut the breaker box lock, Williams said in this account.

Certain details are unclear because the victims’ names have been redacted from the charging affidavit, but Williams claimed he tried to enter the home, a woman (presumably Ebanks-Williams) blocked him from entering, a man (presumably Adams) told him to keep his hands off her, and a fight ensued. Williams allegedly asserted they grappled with him, punched him and kicked him. He maintained that he allegedly opened fire in self-defense. Williams allegedly said the children saw the incident. He called 911, secured the gun in a box and waited in his car in the driveway.

Deputies claim they caught him in a contradiction in his post-Miranda interview. Williams allegedly said he asked the 911 dispatcher if he should go back inside the home and provide aid to the victims and that the dispatcher said no. But according to deputies, the audio showed instead that the dispatcher asked if he would be willing to render aid, and he declined.

Detectives said they photographed Michael for his “injuries, of which there was nothing significant”: a scratch on his upper lip, abrasion on the outside of his left knee, and a light horizontal scratches across his torso.

There was a lot of blood on his pants and socks, but this did not seem to be his, they said.

Deputies said they found the children unharmed in the home. The Florida Department of Children and Families arrived to help take care of them while contact was made with the mother.

Williams remains at the Volusia County Jail, held without bond for two counts of first-degree murder.