Florida Man ‘Completely Severed’ 2-Year-Old Girl’s Spine After the Toddler’s Mother Broke Up with Him: Deputies 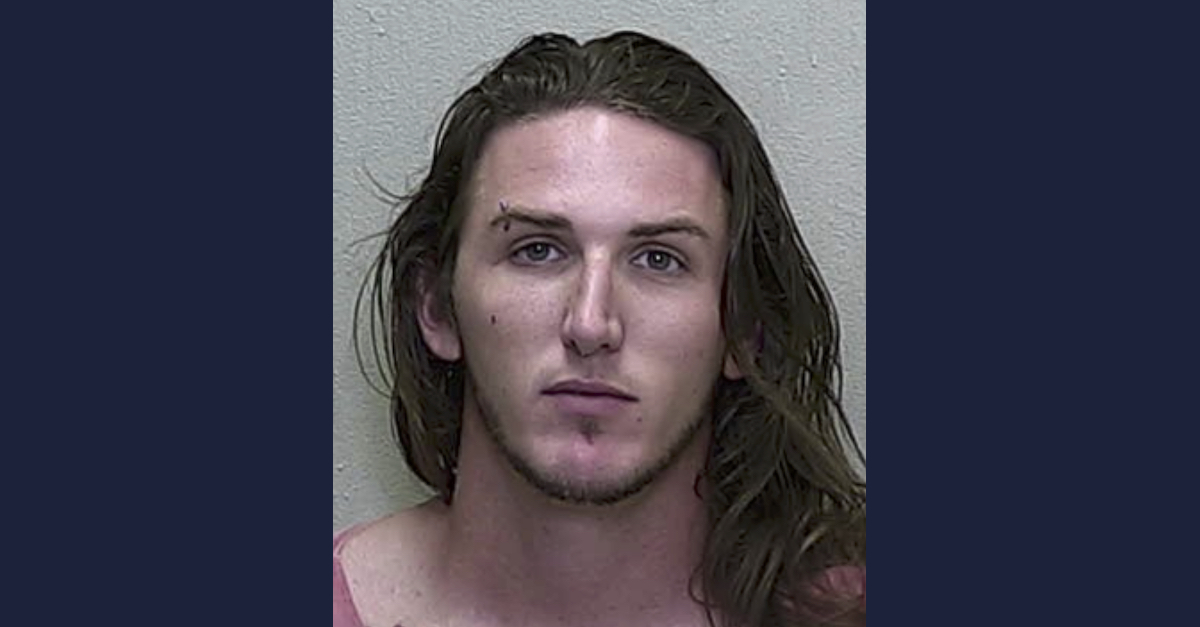 A Florida man has been arrested and charged in connection with the death of a toddler who suffered an extreme spinal injury this spring.

Travis Ray Thompson, 24, stands accused of murder in the first degree while engaged in aggravated child abuse over the early May death of a 2-year-old girl who was left in his care.

According to the Marion County Sheriff’s Office, the defendant abused the girl in such a way that left her spine “completely severed” and then waited 30 minutes before taking her to the hospital.

“Based on the severity and nature of the break, it was determined that Thompson applied significant, gradual force to the victim’s upper and lower body from the front with a fulcrum point on her lower back,” the sheriff’s office said in a Friday press release.

According to an autopsy report cited by Fort Pierce, Florida-based CW affiliate KTVX, the child died from traumatic injuries resulting in the “disarticulation of the lumbar spine.” The document reportedly said the break “was caused by significant, gradual force being placed simultaneously on the front of (the victim’s) upper torso/head and lower body.” Those injuries also resulted in the girl suffering large amounts of internal bleeding.

The TV station reported that investigators learned the girl’s mother was staying in Thompson’s camper on the night of May 2, 2022 in order to help him with an automotive repair the next day. Early the next morning, the defendant dropped an older child off at a school bus stop and returned back to the camper. The little girl was allegedly left in his care during the late morning when her mother went off to work.

Thompson allegedly said he and the girl went down to a nearby lake for 15 minutes and then returned to the camper so he could use the bathroom. The last place he left the toddler, he allegedly said, was on a futon. The defendant told law enforcement he heard a loud sound and came out of the bathroom to find the girl limp and “gurgling,” according to the arrest report, but still taking shallow breaths.

Several phone calls were then made, the arrest report alleges, before the girl’s mother made it back to the camper.

The two then took the girl to the hospital together.

“While en route to the hospital, the victim’s mother directed Thompson to call 911 when she realized the victim had stopped breathing altogether,” the MCSO said.

Staff at the AdventHealth Waterman hospital in Tavares, Florida reported the girl’s injuries and presence in the emergency room as suspicious — and sheriff’s deputies arrived to begin their investigation.

Thompson has consistently maintained his innocence, repeatedly insisting that he has no idea “how or why” the girl died.

According to Tampa NBC affiliate WFLA, investigators learned that Thompson and the girl’s mother were previously in a romantic relationship and that she had broken things off with the defendant roughly a week before the day the toddler died. She reportedly told investigators that Thompson was angry about the split. Detectives also allegedly turned up text messages that relayed the extent of his anger with the girl’s mother, KTVX reported.

The defendant is being held in the Marion County jail without bond.