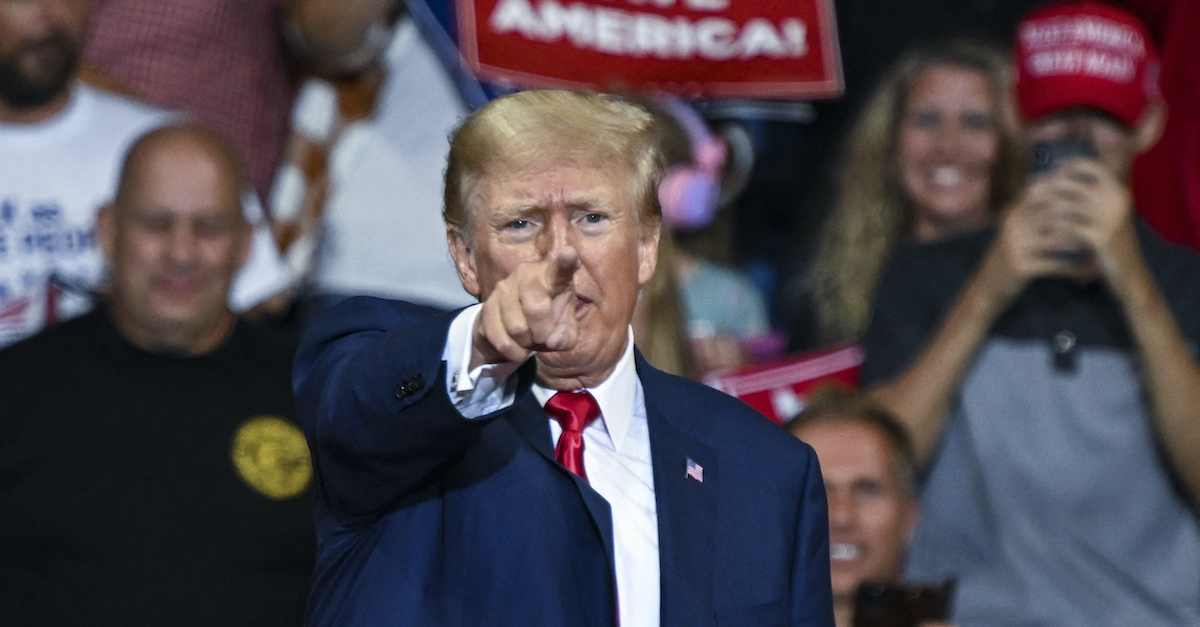 Former President Donald Trump speaks during a campaign rally in support of Doug Mastriano for Governor of Pennsylvania and Mehmet Oz for U.S. Senate at Mohegan Sun Arena in Wilkes-Barre, Penn. on Sept. 3, 2022.

Former President Donald Trump and the Department of Justice submitted their recommendations for the special master to conduct a privilege review of documents seized during the FBI’s search of Mar-a-Lago.

The list, filed publicly on Friday, names four candidates for the position.

At the top of the list among the government’s choices is retired U.S. District Judge Barbara Jones, formerly of the Southern District of New York — but perhaps best known in recent years for serving as special master in cases involving Trump’s former attorneys Michael Cohen and Rudy Giuliani.

The former president’s second choice is Paul Huck, the founder of the The Huck Law Firm and a former partner Jones Day, a major law firm that has long represented Trump, his campaigns, and now his political action committee. A Federalist Society member, Huck served as general counsel to the governor of Florida between 2007 and 2008 and was former Deputy Attorney General for the State of Florida.

Huck is married to U.S. Circuit Judge Barbara Lagoa, a Trump appointee on the 11th Circuit, where the Justice Department has a pending appeal in the litigation. She was on the former president’s shortlist for the Supreme Court.

Under the terms of a federal judge’s order, the special master will scrutinize the seized documents both for possible attorney-client privilege and executive privilege, but the scope of the inquiry remains uncertain in light of the Justice Department’s pending appeal of the decision.

In addition to filing a notice of appeal to the 11th Circuit, the DOJ asked U.S. District Judge Aileen Cannon, a Trump appointee, to stay key aspects of her ruling. Prosecutors want to keep the special master from accessing the more than 100 files with classifications markings up to top secret and above, but they will permit the disclosure of more than 11,000 government documents without classification markings.

Trump opposes that motion by the Justice Department.

The Justice Department also wants Cannon to temporarily lift that part of her order prohibiting the government from using the seized documents in their active criminal investigation until the special master’s review is complete.

On Friday, the government’s appeal was docketed in the 11th Circuit, which is stacked with six Trump appointees. The composition of the panel that will hear the appeal was not made public by press time.