Connecticut Mom Admits Smothering Her Own 1-Month-Old Baby for ’20 Minutes Until He Was Dead’: State Police 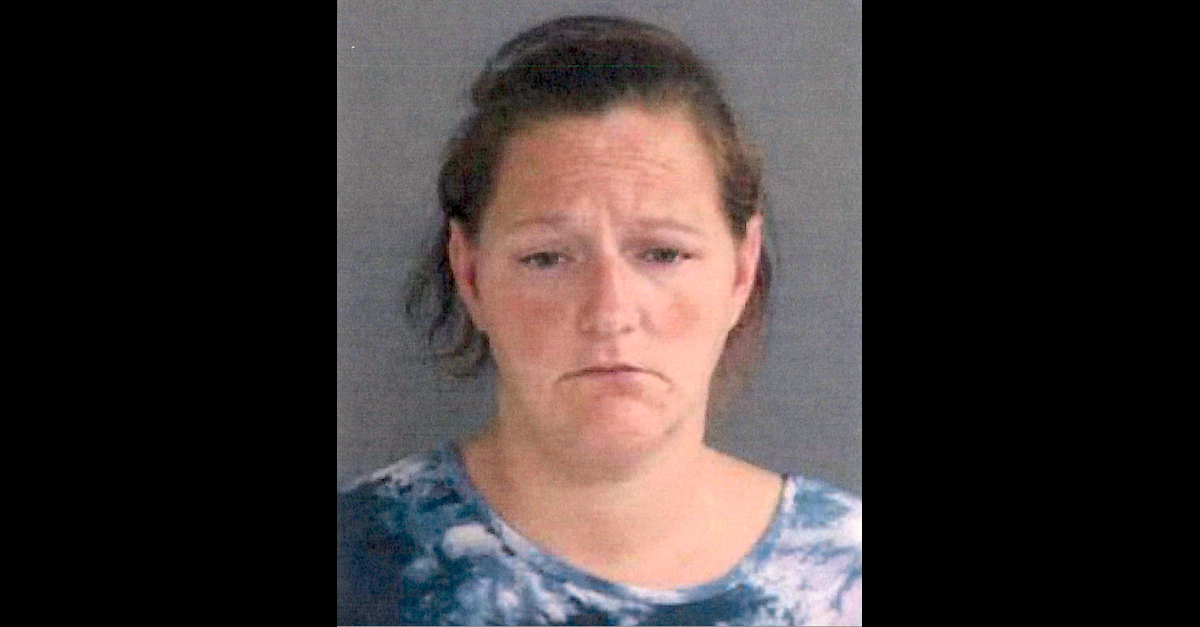 A Connecticut mother is charged with first-degree manslaughter and risk of injury to a child after authorities say she admitted smothering her 1-month-old baby for “20 minutes” earlier this month “until he was dead.”  The victim and another child were crying, and the mother admitted she was stressed out about having a new — and unwanted — baby in the house, police say.

State police documents say Crystal L Czyzewski, 35, of Griswold, made the admissions after a convoluted investigation replete with lies and deceptions, which were allegedly suggested by Czyzewski’s own mother.

She informed the dispatcher that the baby was “barely breathing” and stuff was coming from his nose.  She told the dispatcher that the baby was breathing “very lightly.” The accused was audibly distressed and was periodically crying during the phone call. During the call, the accused could be heard talking to a female with her, whom she referred to as her mom.

Dispatchers talked to the defendant while emergency medical services personnel raced to the scene. EMS workers took the 1-month-old infant, who had been born on Oct 1, to a hospital in nearby Norwich, Conn. They arrived at 9:59 p.m. The infant was treated at that hospital but was flown to the Connecticut Children’s Medical Center in Hartford (CCMC) overnight. The infant arrived at the latter facility at 2:30 a.m. on Nov. 18.

The infant arrived at CCMC in “cardiac arrest” and “did not have a heartbeat,” the state police records indicate. Doctors at CCMC were able to resuscitate the child, but he was not able to breathe on his own.

A child abuse and neglect team examined the infant but found no signs of abuse. But the investigation didn’t stop there.

“Nothing suspicious was noted at the time and there was minimal conversation regarding what happened to the victim,” the documents state.

Social services workers tried to contact the defendant between the 18th and the 21st but were unable. The defendant did not go to the hospital in Hartford to visit the victim because she claimed “she had to care for her 5-year-old child,” the state police reports indicate.

The infant died at 1:30 p.m. on Nov. 21, the state police reports indicate. A “post-mortem examination” on Nov. 22 was “inconclusive,” but further studied were ordered.

Detectives then contacted the defendant, who said her mother told her to lie to the police about what happened:

The accused initially claimed she put the victim in his swing and left with a friend to go for a walk. She later admitted this was a lie and admitted she was home for most of the day. She later said her mom (Ms. Kennison) had told her to lie to police. Eventually, the accused admitted she was stressed out and hadn’t planned on having a child when she gave birth to the victim. She acknowledged that she was stressed due to life and and having two kids.

Then came a stunning admission:

[T]he accused explained that on November 17, 2021 both kids were crying. She said her 5-year-old was crying in her ear, the victim was crying and it was “too much.” She admitted to placing a blanket over the victim’s face while he was sitting in a swing in the house. She admitted she placed her hand over the blanket and the victim’s face for “20 minutes” until he was dead. When she removed her hand, she said the baby was no longer breathing and his body was lifeless. She acknowledged she let the baby in the swing for the remainder of the day. She claimed her mother (Ms. Kennison) knew the baby was not breathing, but they decided they would lie about it because she was concerned she would lose her 5-year-old if the truth was revealed. Later, at around 9:00 PM, the accused said she brought the victim into her room and placed him in a bassinet. At around that time she said she called “911” and reported he was not breathing. The accused further explained that her mother knew the victim was not breathing all day, but did not know she had suffocated him.

The defendant then showed the police which blanket she used to suffocate the child, the documents indicate.

State police then returned their attention to the defendant’s mother.

Czyzewski’s bond was set at $500,000; she remains in custody, according to judicial records. Her next court appearance is scheduled for Dec. 13. She has not yet entered a plea, the records indicate.

Court records also suggest that the defendant is charged with hindering prosecution in an unrelated case dating back to Feb. 2020.

UPDATE — Nov. 25:  State police announced that Kennison was charged with Risk of Injury to a Minor.  She’s due in court on Friday, Nov. 26.