Colorado Man Sentenced to Prison for Dismemberment Murder of Man Who Was Stuffed into Separate Suitcases. The Victim’s Head Was Never Found. 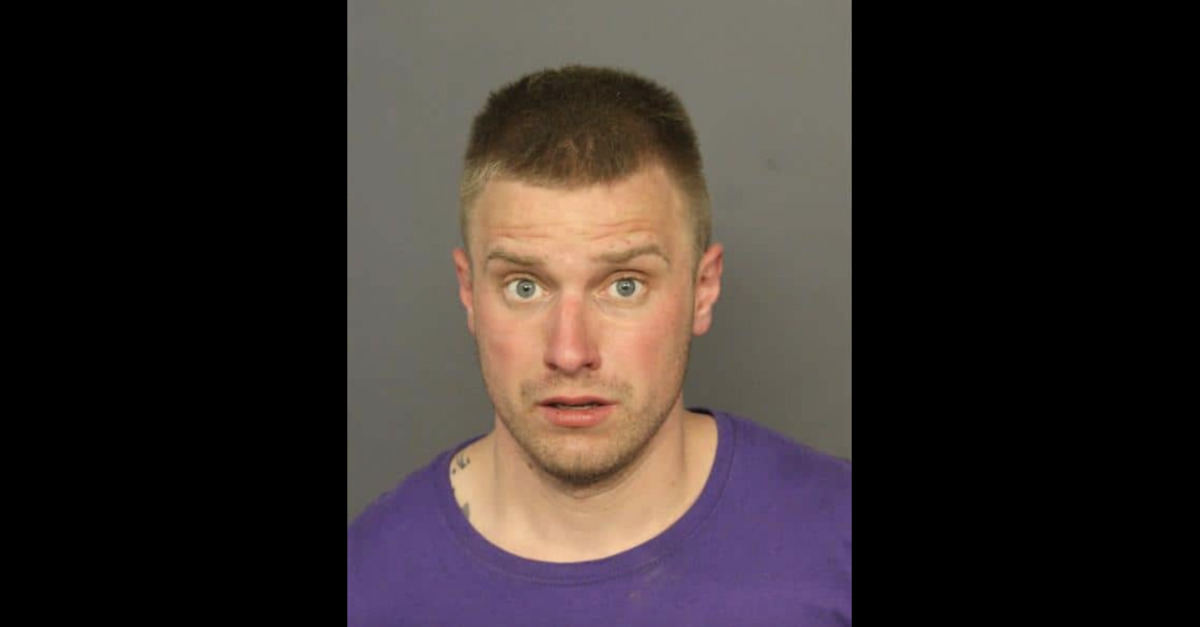 A Colorado man was sentenced to 30 years in prison late last week over the murder of 33-year-old Joshua Lockard, whose remains were found inside two suitcases under the thick Denver snow last year.

In September, Benjamin Satterthwaite, 29, pleaded guilty to one count of murder in the second degree in exchange for Denver County prosecutors dropping both a lesser and more serious charge. The defendant was originally charged with one count each of murder in the first degree and tampering with a deceased human body.

Lockard was last seen alive on Dec. 26, 2020 and was Facebook friends with his admitted killer. The deceased man was a father who had recently experienced homelessness. Both men previously had drug arrests in the Denver metropolitan area.

Denver District Attorney Beth McCann predicted the plea deal would see Satterthwaite be sentenced to a term of 25-30 years in prison and a court last Friday vindicated that expectation by hewing to the upper range of the sentencing guidelines for the Centennial State.

The plea deal was publicized and lauded as a form of victim-centered restorative justice by Mile High City authorities at the time.

“We thank Mr. Lockard’s family for supporting our decision to accept Mr. Sattertwhaite’s guilty plea,” McCann said, announcing the agreement. “This was a horrific murder; however, the cause of Mr. Lockard’s death was never determined which makes his guilty plea and potential sentence length an appropriate outcome.”

While the deceased’s technical cause of death will apparently remain a mystery, Satterthwaite admitted to killing Lockard and then dismembering his body before stuffing the pieces of the victim’s remains into two separate suitcases which he then dumped onto a city sidewalk.

The victim’s remains were discovered by two city parks employees days before the new year began as they were plowing snow. Happening upon the purple and black suitcases, the city workers “opened the purple suitcase and observed a human foot” before calling 911, according to a probable cause affidavit written just a few days later by Denver Police Detective Adam Golden.

That suitcase also contained the clue that quickly led to the defendant’s arrest: a baggage claim sticker “consistent with being placed after a recent flight,” and, underneath the barcode on that sticker the words “Satterthwait” and “Den,” the affidavit alleges.

Inside the black suitcase, responding officers found a human torso. Additional body parts were eventually discovered and catalogued in detail by the coroner–except for the victim’s “head, left arm, right arm, and lower left leg,” which were never located.

Another police call implicated the defendant through something not entirely unlike coincidence.

Denver Police Detective Eric Bueno “happened to be at the Homicide Unit” on New Year’s Day and answered a call about a death-overdose situation at the Royal Chateaux apartments in Southwest Denver, according to Golden’s affidavit. After gaining entry to the apartment, police found a woman who appeared to be “deceased” and Satterthwaite himself who “was unconscious and possibly suffering from a possible overdose situation,” though the suspect’s identity was not ascertained until he was taken care of in a nearby hospital.

“Detective Bueno was aware of Benjamin Satterthwaite’s possible connection to the homicide investigation,” the affidavit continued–while also alleging that officers at the apartment took stock and possession of another “black suitcase” that is “similar in appearance to [the] black suitcase” containing the human remains, “several black trash bags,” “tissues with suspected blood,” “packaging for a hand saw,” “one saw blade containing suspected blood,” a “hand saw,” and a “bank card containing the name Joshua Lockard.”

The couch inside that apartment was also said to be covered in blood.

After tracking down the suspect’s father and learning about his past history of drug abuse, the defendant was charged with Lockard’s murder–for which he received the maximum punishment allowed by law in Colorado.