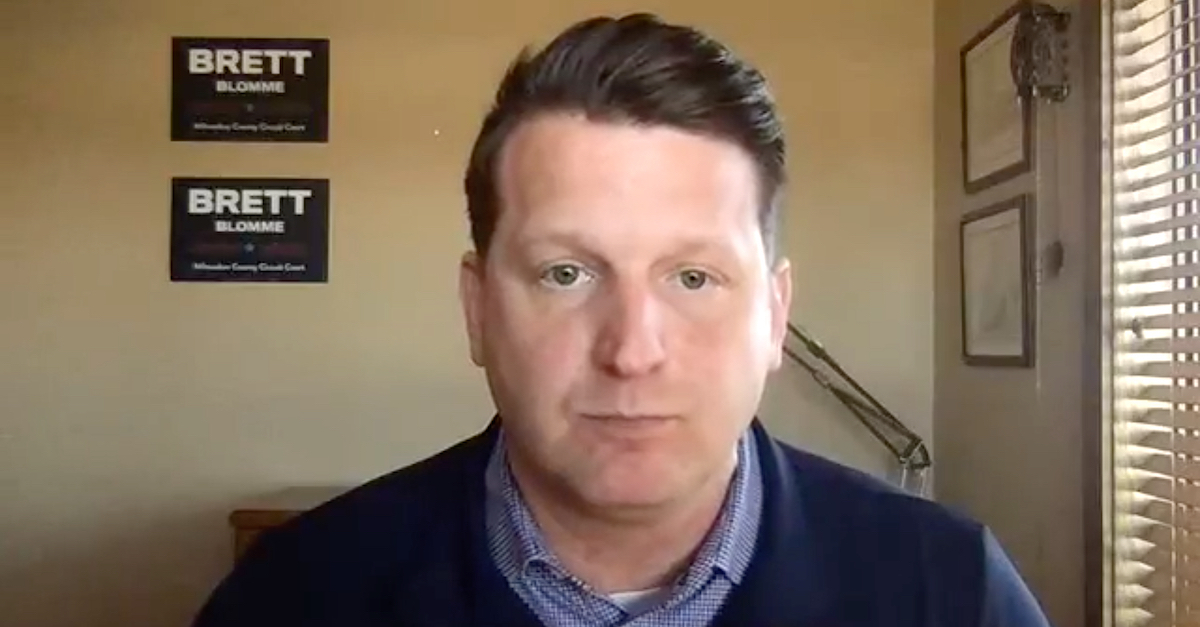 A Milwaukee County Judge has been arrested on “tentative charges of possession of child pornography,” the Wisconsin Department of Justice said Tuesday afternoon.

The statement goes on to say that special agents with the Wisconsin Department of Justice Division of Division of Criminal Investigation arrested the judge “following an investigation into multiple uploads of child pornography through a Kik messaging application account in October and November 2020.”

“Based upon records linking those uploads to the defendant, DCI investigators obtained search warrants for the defendant, his chambers, his vehicle, and his residences in Milwaukee and Dane Counties,” the statement continues. “This investigation was led by the Wisconsin DOJ DCI, with assistance from investigators with the Milwaukee County District Attorney’s office. Special assistance was received from the following agencies in executing the search warrants: Wauwatosa PD; Cottage Grove PD; Racine County Sheriff; Brookfield PD; Waukesha County Sheriff; and the Minnesota Bureau of Criminal Apprehension.”

Charging documents are expected to be filed Wednesday, the statement concludes.

Blomme assumed the bench on August 1, 2020, after winning an April election, WISN-TV reported.

“Brett is a community activist, experienced attorney, and devoted dad,” the judge’s own website states as of the time of this writing. “He has spent his career fighting for the most marginalized in our community.”

“Prior to serving as Circuit Court Judge, Brett was the President & CEO of Cream City Foundation (CCF) in Milwaukee,” the biography continues. (The Foundation says its goal is “harnessing the pride, passion, and commitment of LGBTQ+” community.)

“He has over 15 years of experience in litigation, philanthropy, community organizing and nonprofit management,” the bio adds. “Before joining CCF, Brett served as the Director of Major Gifts for the AIDS Resource Center of Wisconsin (ARCW), a Milwaukee based AIDS service organization.”

Before that, Blomme’s bio states he worked as a public defender and as a legislative aid. He is married and has two children.

The Milwaukee Journal Sentinel reports that Blomme was arrested in Dane County, which surrounds Madison, the state capitol, and which is located an hour and a half west of Milwaukee. The newspaper noted that Blomme and his husband own property in both cities because his husband was unable to find work closer to Milwaukee.

Blomme said while campaigning for a judgeship that he was a “progressive alternative” to an incumbent judge appointed by Gov. Scott Walker, a staunch Republican and conservative.

Residency became part of the debate in the race between the Walker-appointed incumbent, Judge Paul Dedinsky, and Blomme in the general election, but were not enough to keep Blomme from winning the seat he currently holds.

Mary E. Triggiano, the chief judge who oversees the judicial district where Blomme works, told WTMJ-TV she was unable to comment on the matter.

UPDATE:  The judge was subsequently charged on Wednesday.  Read our synopsis of the charges and a description of his initial appearance here.