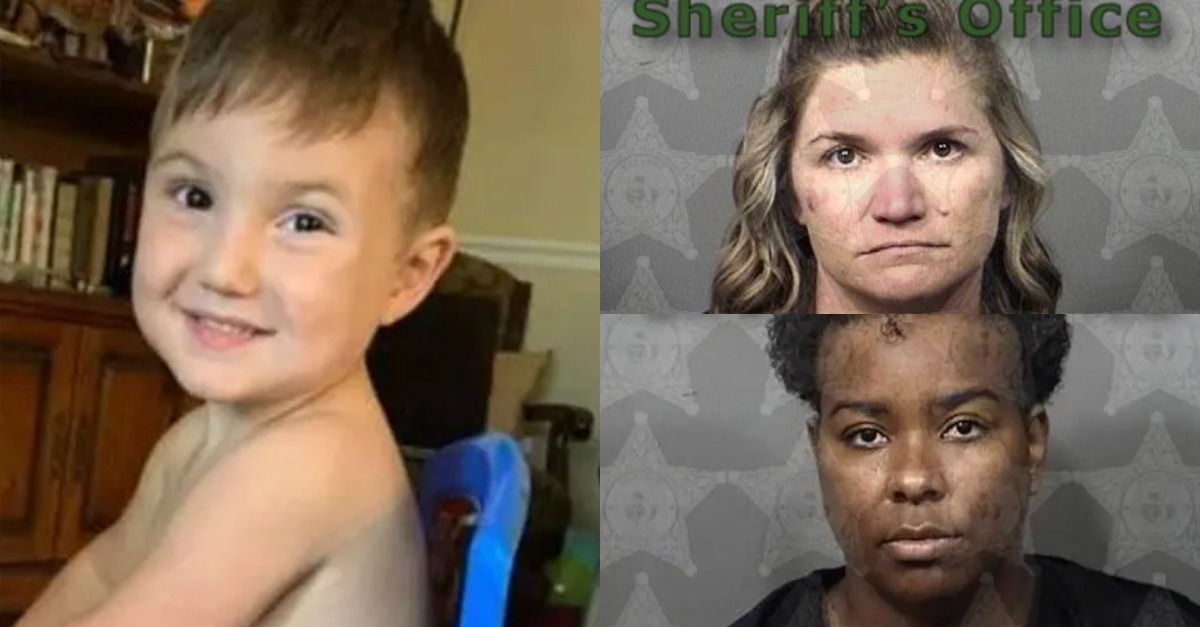 Four people in Florida were recently arrested and charged with failing to report child abuse that is believed to have occurred just days before a 3-year-old boy was allegedly murdered last summer.

The West Melbourne Police described him as “a typical” boy of his age who “liked pizza, Paw Patrol, and riding his Spider-Man bicycle.” But one thing he lacked, unlike most children, “was someone to fight for him,” authorities said during a press conference on what would have been his fourth birthday — a little over a month after he was killed.

The Sunshine State, by way of prosecutors for Brevard and Seminole Counties, is seeking the death penalty for the deceased child’s alleged killers: Nance’s legal custodian Joshua Manns, 25, and mother Erica Dotson, 27. The couple was indicted for murder in the first degree in late July 2021, Orlando CBS affiliate WKMG reports.

The boy’s death was described by the state attorney’s office as “especially heinous, atrocious, or cruel” and allegedly committed as part of a pattern of, or accomplice to, aggravated child abuse.

Investigators claim the boy’s mother left the victim in the care of Manns while she went to work on the day the child died. At around 6:00 p.m. on the day in question, Dotson told police, she called her then-boyfriend and discussed the possibility of looking at a puppy after she got off work. By then, the authorities say Nance was already dead.

Roughly an hour later, the boy’s mother spoke with Manns again. He allegedly told her she shouldn’t be driving because the 3-year-old was, in his words, “not good.” Pressed to explain, the authorities say Manns eventually said the child had drowned. The mother then rushed home as she dialed 911.

A dispatcher thought to contact the adult who had overseen the boy’s apparent injury in an effort to give him instructions on how to perform CPR. By that time, however, Manns was already on the run, the authorities have asserted.

Despite his absence, the male defendant allegedly left a note saying he had a seizure and passed out while giving Nance a bath. When he woke up, Manns allegedly claimed, the boy was floating in the water, dead. The note is said to have insisted that Manns performed CPR but that “nothing worked.”

Investigators ultimately found evidence that suggested to them that the boy had been abused for several weeks prior to his death–including a broken rib, a broken tooth, damage to his esophagus, and at least seven stab wounds to his head. Three of the stab wounds to the boy’s head showed signs of healing, police said, which indicated they were not recent. Tellingly, authorities said there was no evidence that Nance had drowned.

The boy’s mom and final babysitter were each also charged with aggravated child abuse and neglect of a child with great bodily harm.

According to Orlando ABC affiliate WFTV, Jaymie Gaucher, 51, Elizabeth Fowler, 37, and Kristal Samuel, 40, were recently charged with failure to report known or suspected child abuse over some of the injuries suffered by the boy. Authorities believe the trio of Health First Center for Child Development employees were aware of abuse that occurred between June 2, 2021 and June 11, 2021 — the aforementioned day that Nance died.

Court documents examined by Law&Crime describe Gaucher as a “day care director” and therefore a “mandatory reporter” of child abuse.  Fowler and Samuel are both described as day care center workers who are also mandatory reporters.

The fourth charged, identified as Dallas Jasper, was a child protective investigator with the Florida Department of Children and Families, according to court papers and news reports.

In response to a question from Gaucher about an alleged (by his mother) duck attack that caused Nance to suffer yellowish bruises on his left forehead, jaw, and cheek and an abrasion on his ear, Jasper allegedly told the daycare employee “there was not much DCF could do” if the boy’s story matched up with Dotson’s version of events, Orlando FOX affiliate WOFL reports.

“Our hearts continue to ache for Jameson’s family, and Health First has been actively cooperating with investigators on this unimaginable tragedy,” Health First CEO of Retail Services Matthew Gerrell told Florida Today. “We have terminated the employment of the associates involved in the Jameson Nance case.”

Some of the case records are below: