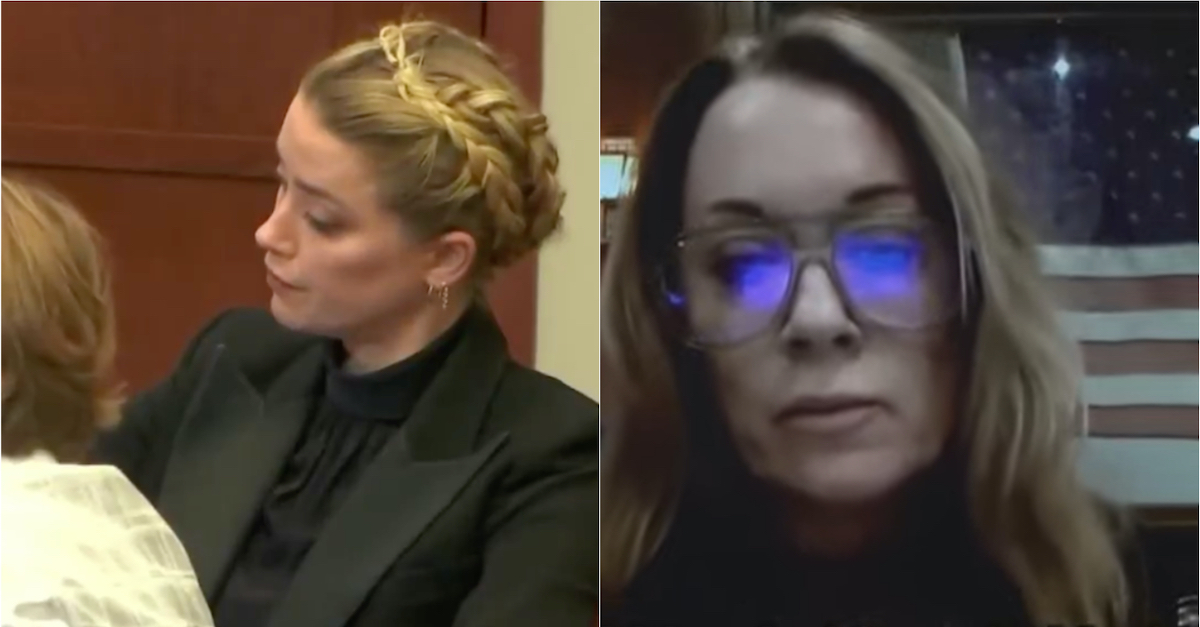 Amber Heard’s former executive assistant showed little love for her old boss in a scathing deposition played for a jury during her ongoing defamation trial over her abuse allegations against Johnny Depp.

Curt and abrasive during her questioning, ex-assistant Kate James groused about the conditions of her employment. She said Heard paid her “very poorly” at $50,000 a year, a salary she personally found “insulting.”

“She felt that gave her the right to spit in my face” when she asked for a salary increase, James claimed.

James, however, was not testifying in connection with an employment dispute.

She has now become a witness in Depp’s $50 million defamation case alleging that Heard stained his reputation with a 2018 op-ed in the Washington Post, describing herself as a domestic abuse survivor.

Depp’s name is not mentioned in the piece, but his lawyers argue the subtext was clear because she filed a restraining order against him some two years earlier.

Echoing the testimony of other witnesses, James insisted that she never saw Heard with any bruises or witnessed any violence over the three-year course of her employment between 2012 and 2015. She also claimed to have witnessed a May 2014 meeting that struck her as a “little conspiratorial” at the Chateau Marmont, a luxury hotel in Los Angeles.

For James, the event appeared “like a strategy meeting or something combined with a pool party.”

“It’s hard to describe,” she continued. “It was very confusing. Originally I thought I was going over for some major emergency but then something else completely different was going on that day.”

Remembering her ex-employer’s alleged abuser much more fondly, James described Depp as a “total Southern gentleman.” She also described him as peaceful, shy and quiet.

Heard has countersued Depp over his denials of abuse, which her attorneys have characterized as extreme. In one alleged incident, Heard’s lawyer Elaine Charlson Bredehoft told a jury, Depp sexually assaulted her with a liquor bottle. Heard claims that Depp would go on drug- and alcohol-fueled benders before flying into rages.

Depp claims that the abuse went the other way, with Heard allegedly violent toward him. The Edward Scissorhands star’s sister Christi Dembrowski testfied that their mother physically abused their father, who remained passive. His attorneys claim that Depp internalized this dynamic.

On Oct. 1, 2015, Depp and Heard went to couples therapy, and their marriage counselor, Laurel Anderson, provided testimony that backed up both of their narratives.

Unlike multiple other witnesses, Anderson recalled seeing Heard with bruises, both in photographs and in person.

“She also came in and she showed me in person,” Anderson said.

Asked to elaborate, she said: “Bruising on her face.”

There may have been more, though she could not remember, Anderson said.