‘Bleached Out’ and Covered in Cuts: Police Say Murderer Admitted Storing Dismembered Bodies in Tote Bags and Hauling Them Around for Weeks 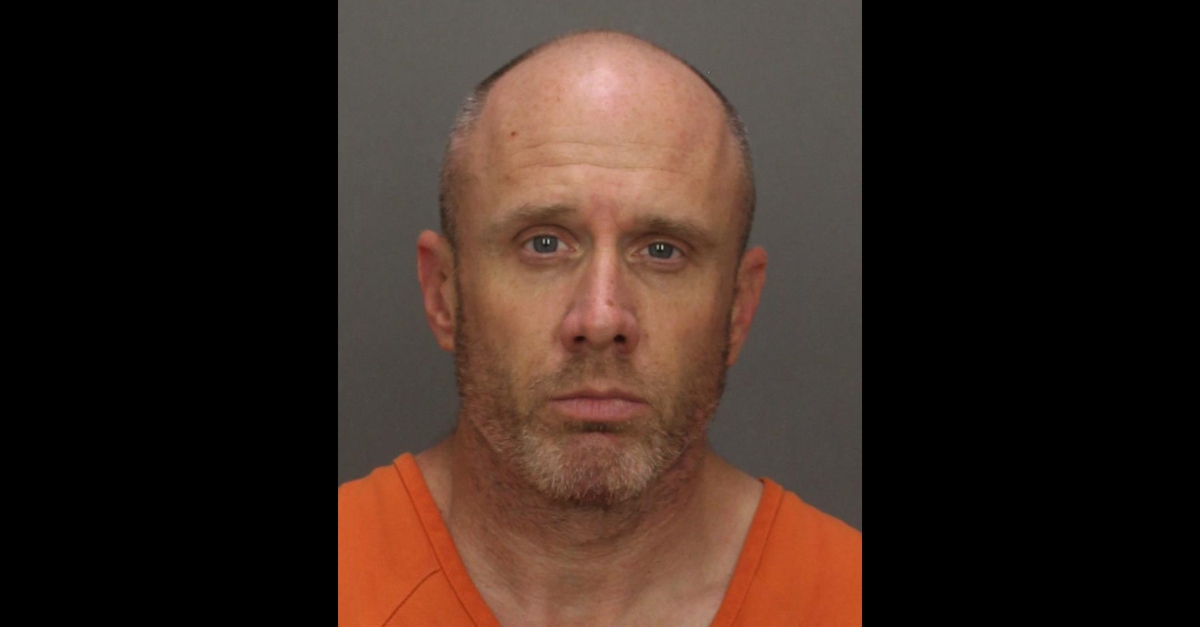 New details have emerged in the puzzling storyline of accused murderer Sean Lannon, a man originally from New Jersey who made a new life out west before allegedly throwing it all away as he embarked upon a spree of carnage and rage in multiple states.

Court documents obtained by NJ.com include claims made by Lannon himself that purport to document the timeline and method in which he killed his ex-wife, Jennifer Lannon, 39; Jesten Mata, 40; Matthew Miller, 21; and Randal Apostalon, 60.

Earlier this month, the quartet’s bodies were found decomposing in a truck parked at the Albuquerque International Sunport, the primary airport serving the Albuquerque, Santa Fe and Las Vegas, N.M. areas.

Lannon allegedly told police during jailhouse interviews his ex-wife and Mata were in a drug-fueled relationship that went awry one evening in late January.

Lannon claims to have arrived at the house to find his ex-wife “freaking out” because she thought her three children were dead after she and Mata had medicated them so that they would fall asleep. Mata is said to have left the house during this incident. Lannon’s ex-wife tried to commit suicide by overdosing on heroin. That apparently didn’t work, so Lannon checked her pulse and shot her in the head, he said. He was about to shoot himself when he heard one of his children shout. Lannon told police that he then stashed his ex-wife’s body and bloody sheets in a backyard container.

One week after that, Lannon claims he lured Mata back to the house and shot him in the back of the head in the laundry room. Miller, who was allegedly the dead couple’s drug dealer, was lured to the house over the course of the following week. Another shot in the back of the head—this time in the garage—dispensed with Miller, who Lannon also accused of manufacturing child pornography involving some of his younger relatives and a man named Daniel Lemos.

Lannon told police he then beat Miller “to stop his gurgling sounds.”

Mata and Miller were dismembered with a borrowed electric saw and initially stored in plastic tote bags next to Jennifer’s body.

At some point, according to Lannon’s alleged jailhouse confession, he moved out of the house and transported his collection of corpses to a friend who also lived in Grants, N.M. — by this time having transferred each body its own plastic storage bin. Then he moved the bins to Albuquerque where they were stored inside of a vehicle adjacent to a different friend’s apartment.

According to the Albuquerque Journal, police subsequently interviewed three different Albuquerque women who said they allowed Lannon to store some of his things inside their storage sheds earlier this year. It is currently unclear if the bodies made it to any of those sheds.

One woman said that Lannon had arrived with his children “all bleached out” (that he was covered in bleach from the waist down), his hands covered in cuts and blisters, that he had a gun on him, was into “weird shit,” and was using methamphetamine at the time.

As for Apostalon, Lannon claims to have hired him to move the bins into a storage unit but balked when he was quoted a higher price than initially agreed upon. Lannon says Apostalon “was going to make him take the containers” out of his truck and was killed in reprisal. This final New Mexico murder, police say, occurred on the same day that Lannon was questioned for the second time by police over his ex-wife’s disappearance.

During an initial interview in early February, Lannon said that Jennifer and Mata had run off together in order to obtain drugs — most likely from Miller — but that he expected both to return. The 47-year-old was questioned by police again in late February and again denied any culpability in the disappearances — specifically denying killing anyone. This time, he told police that he was taking his children to New Jersey to stay with relatives until he could find a house in Albuquerque.

Lannon was released a second time and did make it to New Jersey, where he is currently being held.

While in the Garden State, Lannon allegedly bludgeoned his former mentor, Michael Dabkowski, 66, to death over allegations that the elder man molested him while serving as his Big Brother during the 1980s.

Lannon was arrested earlier this month in Missouri. He allegedly told police he was headed back west to murder Lemos.