Barry Morphew Murder Trial Moving Out of County as Judge Worries About Impact of ‘Massive, Pervasive, and Prejudicial’ Publicity 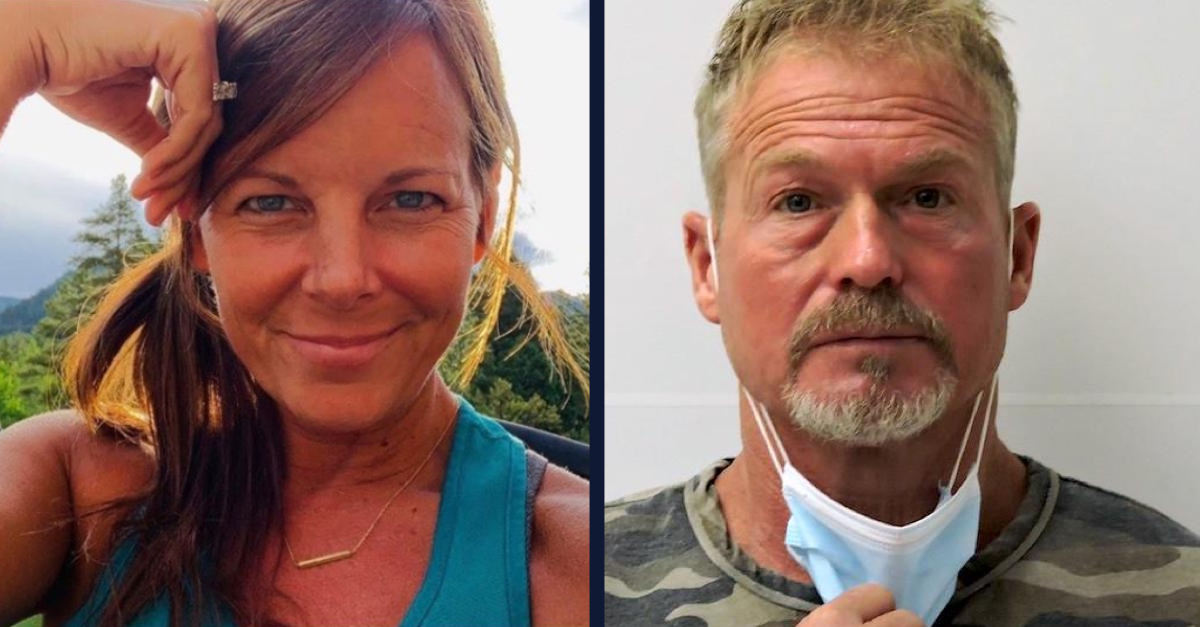 Citing the “massive, pervasive and prejudicial” media attention surrounding the sensational murder case, a judge granted accused killer Barry Morphew’s request to move his trial to a different Colorado county than the one where his wife disappeared.

In high-profile cases, defense attorneys routinely ask to move the case by arguing their client won’t get a fair trial, but those attempts rarely succeed.

Morphew, 53, beat the odds on Monday, winning a transfer from Chaffee County to Fremont County.

Judge Ramsey Lama found that coverage of the case rocked the less than 20,000-population county, where few people likely escaped media coverage of the alleged murder of Suzanne Morphew, 49.

“Because of the size of the community and the pervasive negative pretrial publicity since Suzanne Morphew’s disappearance, the Court finds that a fair trial cannot take place in Chaffee County,” Lama wrote. “This is a high profile case in a relatively small county with a small jury pool. The media saturation is high. Therefore, the Court also finds, considering the factors articulated in McCrary and the Botham tools at the Court’s disposal, the pretrial publicity in this case has been so massive, pervasive, and prejudicial, that Defendant will not receive a fair trial in Chaffee County.”

Lama said he personally witnessed the effects of the press blitz.

“The Court had occasion to see for itself the prejudice caused by the pervasive pre-trial publicity in conjunction with local interest,” he wrote. “On January 25, 2022, the Court heard from Martin Ritter, a neighbor and friend of the Morphews, who the defense called as a witness relative to discovery motions litigation. Mr. Ritter explained that he initially supported Mr. Morphew but came to believe he was guilty after reading the arrest affidavit. Mr. Ritter is an endorsed witness and will not serve as a juror in this case, but the Court cannot ignore that his attitude is consistent with Abby Jefferson’s opinion articulated in her Affidavit filed in support of the motion to change.”

Suzanne, who went missing on Mother’s Day in 2020, was planning to leave her husband for married father-of-six Jeff Libler, even planning to escape with her beau to Ecuador, authorities said. Her body was never found, and she is presumed dead. In text messages, she painted Barry as a manipulative “Jekyll and Hyde” bully.

“Oh I’m sure your mistress has you all happy now so you can say you love me but bully me when you’re with me…yeah that’s love,” she wrote her husband in a text, according to authorities.

Authorities only arrested Barry less than a year after his wife went missing, but according to their affidavit, they quickly found that he lacked credibility. According to the 131-page affidavit, he lied to them about whether he knew about his wife’s affair. He claimed they never sat down to actually talk about a divorce.

They accused of him of deleting cell phone evidence.

“Barry deleted numerous calls between himself and Suzanne from May 4-5, 2020,” the affidavit stated. “When asked by FBI Agents in April 2021 why he deleted those calls, he said he did not recall doing so and he must have been freeing up space on his phone.”

Morphew is fighting the case. His and Suzanne’s daughters are supporting him. DNA from an unknown male linked to three sexual assaults in two states was found in the glovebox of Suzanne’s car.