Nevada Mom and Friend Arrested for Forcing Kids to Live in Tiny Bedroom with 18 Dogs and Sleep on ‘Deflated Air Mattress Covered in Dog Feces’: Cops 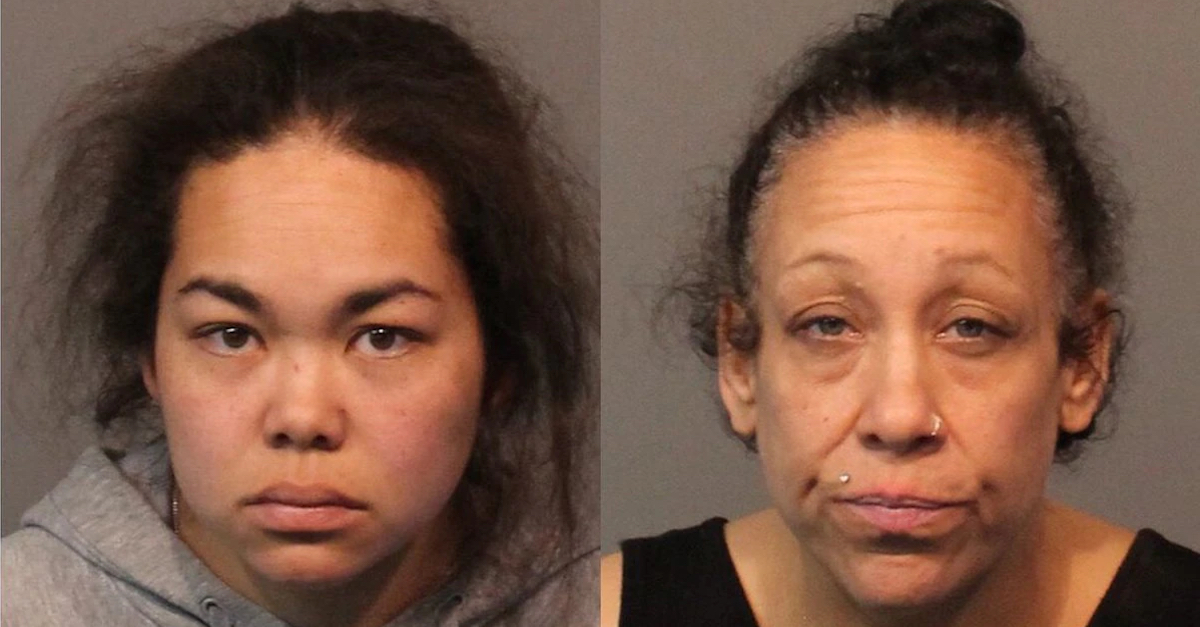 A 29-year-old Nevada mother of two and her 46-year-old friend were arrested this week after police say they forced the children to live in a “deplorable” basement apartment that was covered in animal waste and shared with nearly three dozen dogs. Lisa Arnold and her friend Christa Garcia were both taken into custody Sunday and charged with child abuse and endangerment, the local sheriff’s office said.

Deputies with the Washoe County Sheriff’s Office at approximately 7:00 a.m. on Jan. 31 responded to a call requesting a welfare check on a residence located in the 8800 block of Reservoir Street in Lemmon Valley, according to a press release. The caller sought to have authorities check on the wellbeing of a family subletting two of three bedrooms in a 900 square foot basement.

Upon arriving at the scene, deputies allegedly found Arnold’s two children, ages seven and nine, living inside of a small bedroom along with 18 dogs. Per the release, both of the children appeared to have sustained multiple bites and scratches from the dogs that covered their bodies. The bites and scratches appeared in various stages of healing, meaning they likely involved both old and new injuries. Inside of the small bedroom, deputies say they found a “deflated air mattress covered in dog feces.” The children allegedly said it was the bed that they slept upon.

The deputies then went to the other bedroom, where Arnold and Garcia were said to have been living along with an additional 15 dogs.

A third party who had no apparent familial connection to Garcia or Arnold occupied the third bedroom of the basement and also had a dog of their own, deputies said.

In a probable cause affidavit, the deputies said they found the occupants of the residence in “deplorable living conditions.” The basement floor was described as being “covered with clothing, trash, and animal feces.”

The two children, whose names were not disclosed, were reportedly removed from the home and placed into emergency care with family. Deputies took Arnold and Garcia into custody. Both defendants were both booked into the Washoe County Detention Facility.

After the women and children were taken from the scene, Washoe County Regional Animal Services workers were called to rescue all 34 dogs. The dogs varied greatly in size and breed, ranging from small chihuahuas to large pit bulls, per authorities. Animal Services then opened an investigation into possible animal hoarding; that matter remains open.

The Washoe Sheriff’s Office did not immediately respond to a message from Law&Crime seeking additional details in the case and inquiring about Arnold and Garcia’s legal representation.