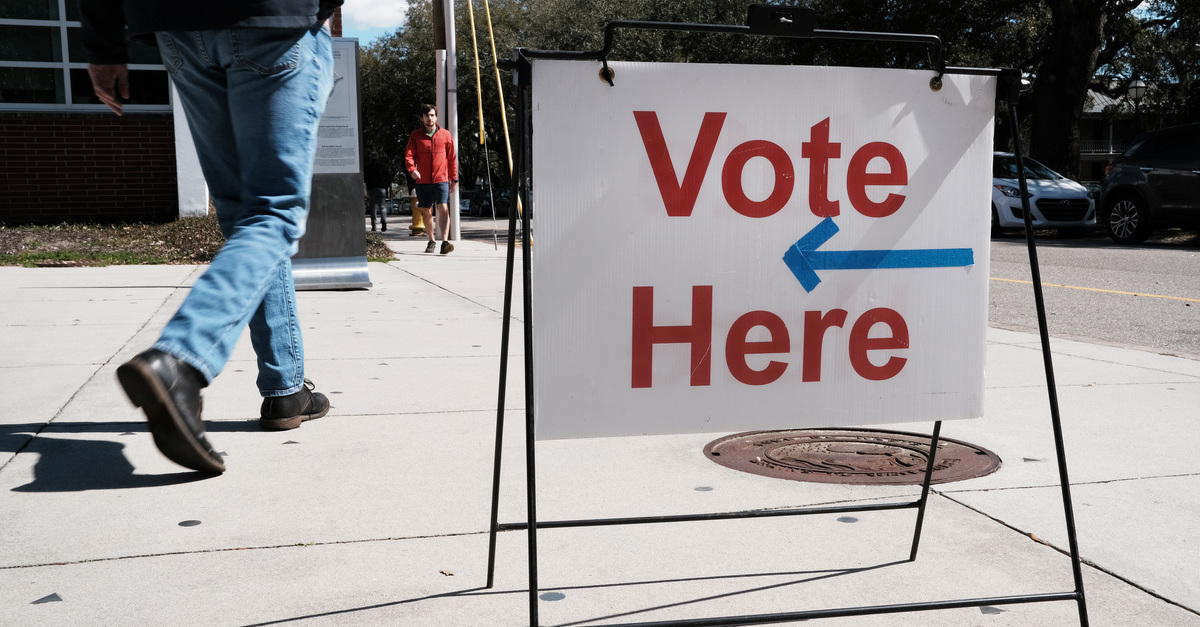 A group of U.S. senators on Tuesday introduced draft legislation intended to reform a byzantine 1887 election law that featured prominently in former president Donald Trump’s litigation efforts to overturn the results of the 2020 presidential election.

The new 42-page bill, authored by Sens. Dick Durbin (D-Ill.), Angus King (I-Maine) and Amy Klobuchar (D-Minn.), would rewrite certain portions of the Electoral Count Act. The ECA is a 19th century law by which Congress vests each state with the power to determine its own slate of electors for the Electoral College. Under the rules of the statute, states have something akin to primacy, but in key circumstances state choices can be reviewed by Congress.

The discussion draft floated by Democratic caucus members would “clarify” that the vice president has only a ceremonial role in the counting of Electoral College votes; it would further state that the V.P. has “no power to reject a state’s electors,” according to a press release accompanying the text of the bill.

Far from picayune, the role of the vice president in overseeing the formal count became a major point of contention in the aftermath of the 2020 contest between Trump and eventual President Joe Biden. Trump, many of his lawyers, and thousands of his supporters pressed then-vice president Mike Pence to reject results from a handful of states where Biden secured close but demonstrative victories against the 45th president. A liberal interpretation of the ECA, Trump’s partisans insisted, would have allowed such action. Pence, in the end, declined and avoided a constitutional and political crisis.

“One of the ways that Donald Trump tried to overturn the 2020 election was by seeking to manipulate rules in the Electoral Count Act,” University of California-Irvine Law Professor and election law expert Rick Hasen told Law&Crime. “That’s an arcane, poorly written law that gives Congress the rules of the road for certifying the final winner of the presidential election. Some Democratic and Republican Senators are smartly talking now about ways to strengthen that law, and other laws, to make election subversion less likely.”

Additionally, the proposal would raise the threshold for raising and sustaining objections to a state’s slate of electors. The present state of the law will allow an objection to be raised in either chamber of Congress on the vote of just one member and allows an objection to be upheld on a simple majority vote. The new language raises those numbers to one-third from each chamber to raise a valid objection and three-fifths of each chamber to uphold any potential objection.

The senators’ draft also explicitly disallows states from choosing electors after election day “in an effort to overturn their state’s election results,” according to the press release. At the same time, the legislation would allow states until December 20th of each year to conduct “legitimate recounts and litigation.”

RELATED: Here’s What You Need to Know About the Safe Harbor Deadline

“Experts across the political spectrum agree that the Electoral Count Act of 1887 needs to be updated to reflect the current realities and threats facing the United States and our election process,” the three senators said in their joint press release.

The push comes as a different group of senators from both major political parties are engaged in a 16-peer working group aimed at reforming the ECA. This group is led by Sens. Susan Collins (R-Maine) and Joe Manchin (D-W.Va.) and their work is widely believed to be duplicative in several key regards. The Collins-Manchin effort, for example, also aims to disempower notions that the vice president has any real power over Electoral College vote-counting and would also raise the threshold for objections to slates of electors.

Notably, the push for ECA reform is different and discrete from congressional Democrats’ much more holistic efforts to shore up the state of U.S. democracy through legislation such as the John R. Lewis Voting Rights Advancement Act of 2021.

Many progressive thought leaders, Democratic Party election attorneys, and even some members of Congress have cried foul on the possibility of ECA reform — essentially a counted-vote protection scheme — lacking what they say are crucial efforts to make sure Americans are allowed to vote fairly and freely in the first place. Indeed, the ECA reform efforts, while gaining legislative steam, have resulted in a bit of a contretemps among election lawyers, among law professors and voting rights advocates, and among politicians and advocates.

Read this and you will understand why simply reforming the Electoral Count Act will do nothing to stop GOP election subversion. Their plan is to subvert the results before they leave the states.

We need to fight subversion where it starts–in the states.https://t.co/E2NaJO7XQ6

The effort to reform the ECA, however, comes amid some evidence that Trump and his allies could launch a much more organized effort to subvert already-cast ballots should the former president run for the highest office in the land in a 2024 rematch.