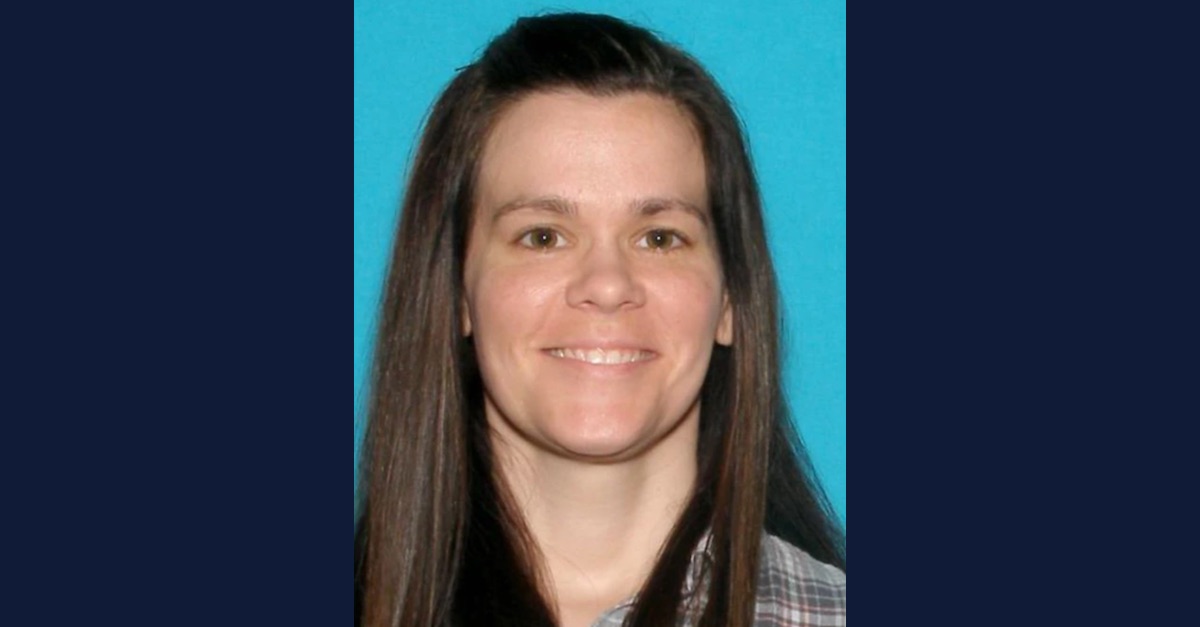 A onetime respiratory therapist is currently wanted by law enforcement over a death believed to be related to her line of work.

Jennifer Hall, 41, stands accused of murdering at least one of her former patients at the Hedrick Medical Center in Chillicothe, Missouri, where she worked from December 2001 through May 2002.

Probable cause documents in the case obtained by Kansas City NBC affiliate KSHB note an atypical number of cardiac collapse incidents that occurred at the hospital during the more or less six months of her employment. Hall was eventually placed on administrative leave and never returned to work there.

“Because of Hall’s singular proximity to stricken patients, her access to pharmaceuticals which are deadly if misused, and her discovery and method of notifying staff of every patient’s cardiac emergency, nursing staff believed Hall was responsible for the patient deaths,” Chillicothe Police Officer Brian Schmidt wrote in the probable cause affidavit, a copy of which was also obtained by St. Louis Public Radio.

According to the police and to the hospital, the facility historically averaged one such “Code Blue” incident every six months. Hall’s tenure, however, coincided with a spike to 18 such incidents during the same time frame, the authorities have alleged.

Additionally, the hospital told investigators, the defendant was the person closest to each of those 18 patients. In the end, exactly half of the people who allegedly suffered cardiac collapses under Hall’s watch, nine in total, died despite efforts to revive them.

The final straw for the hospital came with the death of elderly pneumonia patient Fern Franco.

Court documents allege that Franco was discovered dead by both Hall and another hospital employee.

The circumstances of that discovery were strange, the other employee told law enforcement, because they had never been accompanied by a respiratory therapist when they entered a patient’s room before that incident. The other employee then performed life-saving measures on Franco but their efforts proved unsuccessful.

Hall was placed on leave by the hospital on May 21, 2002, in direct response to Franco’s death. Officials there said that after she was no longer working, their “Code Blue” numbers reverted to the mean.

On May 22, 2002, the Livingston County Coroner requested a search warrant for Franco’s remains.

An autopsy showed that morphine and succinylcholine, a drug used to induce short-term paralysis of the respiratory muscles for general anesthesia, were both present in Franco’s system the day she died. As it turned out, neither of those drugs were prescribed to the victim nor were they ordered by her doctors for a specific procedure.

“We got a new chief of police, Jon Maples, and we got a new prosecutor in Adam Warren, and I went to both of those early on their new appointments and gave them all my information and discussed it with them,” Livingston County Coroner Scott Lindley said. “And after a while they got after the case.”

Experts on medical serial killers recently reviewed those findings and attributed Franco’s death to homicide by succinylcholine poisoning. According to court records reviewed by Law&Crime, prosecutors filed charges against Hall on May 4, 2022.

Hall has previously denied responsibility for the deaths at Hedrick Medical Center.

“My name is just thrown out there, and it’s for horrifying reasons,” Hall said.

When that article ran, the outlet mused that Hall may simply be “extraordinarily jinxed [and] a two-time victim of false allegations.”

In 2001, she was convicted of setting a fire at another hospital. She served a year in prison before her conviction was appealed on the grounds that she suffered from ineffective assistance of counsel. She was tried a second time on those allegations and was acquitted.

In 2019, the Missouri Supreme Court unanimously dismissed a civil case against the defendant by the dead patients’ families because they filed their lawsuits well past the statute of limitations.

An attorney who previously represented the defendant excoriated the recent developments.

“It is absolutely devastating to my client and her family and myself, frankly, to have a case that is without merit whatsoever and based on conjecture and speculation,” Matthew O’Connor told the local NPR affiliate. “This isn’t lawyer talk — there aren’t facts in support of it because Ms. Hall did not commit these acts.”

The 34 state witnesses who complained, according to the probable cause affidavit, have had their identities hidden because they fear for the safety of their families due to Hall allegedly being “exceptionally computer literate, capable of locating anyone’s personal information, and efficient at masking her on-line identity.”

“This case is based on the hindsight of people looking at issues in their own hospital and when Ms. Hall’s prior wrongful conviction came to their attention, they started pushing pieces toward her,” the attorney continued. “They’ve tried for years to find evidence and it didn’t even rise to the level of a civil case, which is a much lower standard. The Missouri Supreme Court has thrown this case out at a civil level.”

Authorities in Livingston County say they believe that Hall is aware of the warrant out for her arrest. The sheriff’s office has her listed as one of the most wanted figures in the Kansas City area. She may currently be using the last name “Semaboye,” according to law enforcement.

Authorities in Kansas are also looking for Hall.

The new case is filed under number 22LV-CR00251 in Livingston County, Missouri.  The current online court docket is sparse and does not list a defense attorney.