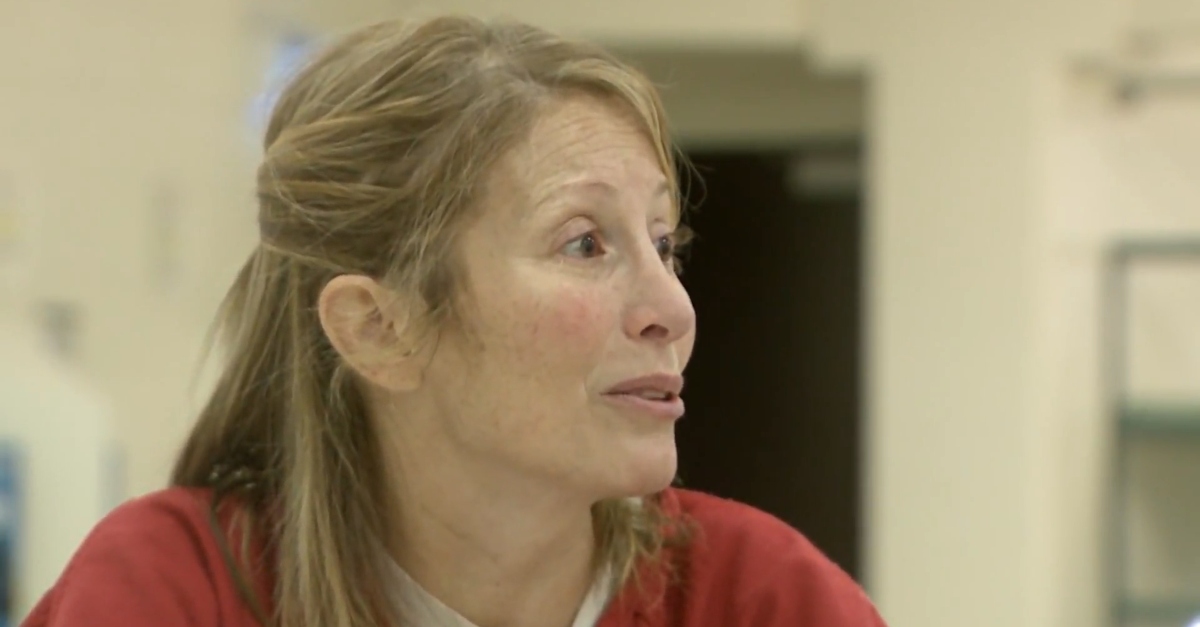 An animal rights attorney and ranch owner in Colorado approached two employees in her plot to kill her husband, according to the Jefferson County Sheriff’s Office.

The new charges stem from the alleged murder-for-hire plot, but deputies said that defendant Jennifer Reba Emmi, 43, has been charged with 16 felonies and 16 misdemeanors since Jan. 2020. Authorities cited an ongoing dispute Emmi had with her spouse and the woman he left her for, who originally worked for the married couple as an au pair. Other charges related to a dispute she had with her neighbors. She allegedly drove her vehicle onto their property and caused damage.

According to the 35-page affidavit obtained by Law&Crime, a 28-year-old man approached the sheriff’s office on November 2, 2020 to say that Emmi, his employer, asked him to “take care of” her soon-to-be ex-husband’s girlfriend. He understood this to mean homicide. In this version of events, he asked the defendant to clarify if she wanted just the girlfriend killed or the husband as well. Emmi allegedly said, “Just her.”

The witness made clear to authorities he wanted nothing to do with this, calling the defendant “psychotic,” and that she did not care about the ramifications of what she was doing. According to investigators, the man contacted them again to say he spoke with Emmi another time, and recorded it. In this conversation, the defendant allegedly discussed using the 28-year-old as a middleman with a potential contact in Texas. The informant asked if she was serious about going through with this. Emmi allegedly said yes, and they discussed a possible start-up cost of $2,500 to $5,000.

They discussed the details; Emmi said she would think about this overnight, authorities said.

Enter another one of Emmi’s employees, a 29-year-old man. The 28-year-old had told him about Emmi soliciting him to facilitate the murder of the girlfriend, according to this account.

Authorities said this second employee was interviewed in Jan. 2021. He initially did not want to talk, but eventually said he was a Special Operations Scout Sniper in the military. According to this account, Emmi knew about his military background, but it was unclear if she knew he was a sniper. In any case, he claimed that the defendant approached him about killing people for her or having people killed for her. This man allegedly said that he believed Emmi was just fantasizing. He denied to ever accepting this request. The man mentioned that the first employee had told him about the murder plot. This second employee allegedly said he tried to leverage his knowledge by reaching out to a man who provided financial backing to Emmi for business, and asking him for $10,000.

The alleged motive behind this murder-for-hire plot isn’t too hard to figure out. Authorities detail a fractured marriage, in which the defendant allegedly harassed her husband and his new girlfriend. In their account, the husband claimed that the relationship started breaking apart in Jan. 2019, when he caught his wife on security camera cheating on him during what she claimed was a “girl’s weekend” trip to Beaver Creek. He planned to divorce her, but she said she got sick and need what the affidavit paraphrased as “extensive medical treatment.” He held off on the divorce, but he said he believed she was faking it.

Emmi’s purported health problems are a recurring element in the affidavit. She brought her health up in a jailhouse interview with KDVR, saying her marriage started falling apart when she suffered a brain bleed, and issues including multiple sclerosis.

“I was struggling with the autoimmune and I said and did things that I can’t believe came out of my mouth, because of the steroids,” she said.

She denied planning to have her husband or his girlfriend murdered, insisting she was “set up” repeatedly.

“All I can say is I want the truth to come out,” she said. “The whole thing is crazy. I don’t want to hurt anyone.”

Investigators noted that during the initial lockdown phase for COVID-19, Emmi was seen on video without personal protective equipment in close contact with people, despite claiming to be terrified of COVID-19 and claiming to be immunosuppressed. Investigators noted that on August 24, 2020, Emmi got approval from the court to travel to California for mental health treatment at an in-patient facility while out on bond in the other cases. In September 17, 2020, Emmi allegedly said she was concerned about being diagnosed as “bipolar” and “borderline.” She allegedly texted on October 23, 2020 that she got kicked out of the facility.

Other pending charges against the defendant include domestic violence, stalking, assault, child abuse, and witness tampering. For example, this included allegedly strangling her then-6-year-old daughter. Emmi also allegedly grabbed her husband from behind, and pressed a knife to his throat.

Jennifer Emmi filed for divorce on February 7, 2020. Her husband has lived with his girlfriend since 2020. Authorities describe her as a woman who originally worked for the married couple as an au pair, but began working for their respective law firms, though she eventually stopped working at Jennifer’s, citing mistreatment. Authorities detail harassing behavior, including Emmi trying to get her deported back to Brazil. Both the husband and the girlfriend said they are in fear for their lives, authorities said.

Emmi’s attorney Colin Bresee, who is representing her with co-counsel Malcolm Seawell, declined to discuss the legal strategy when Law&Crime reached out over the phone. He said they don’t yet have the evidence for the case. He construed the allegations as stating an informant recorded conversations with Jennifer for law enforcement. Bresee said that when Jennifer found out about the affair and the “ultimate betrayal” with the au pair, she understandably said things to people she loved and trusted, not knowing one of them would start recording things and take them to the police.

We asked about Emmi’s interview with KDVR, in which she attributed certain statements she made to steroids she had been taking. Bresee only mentioned that the affidavit documents the “litany” of medical conditions his client suffered.