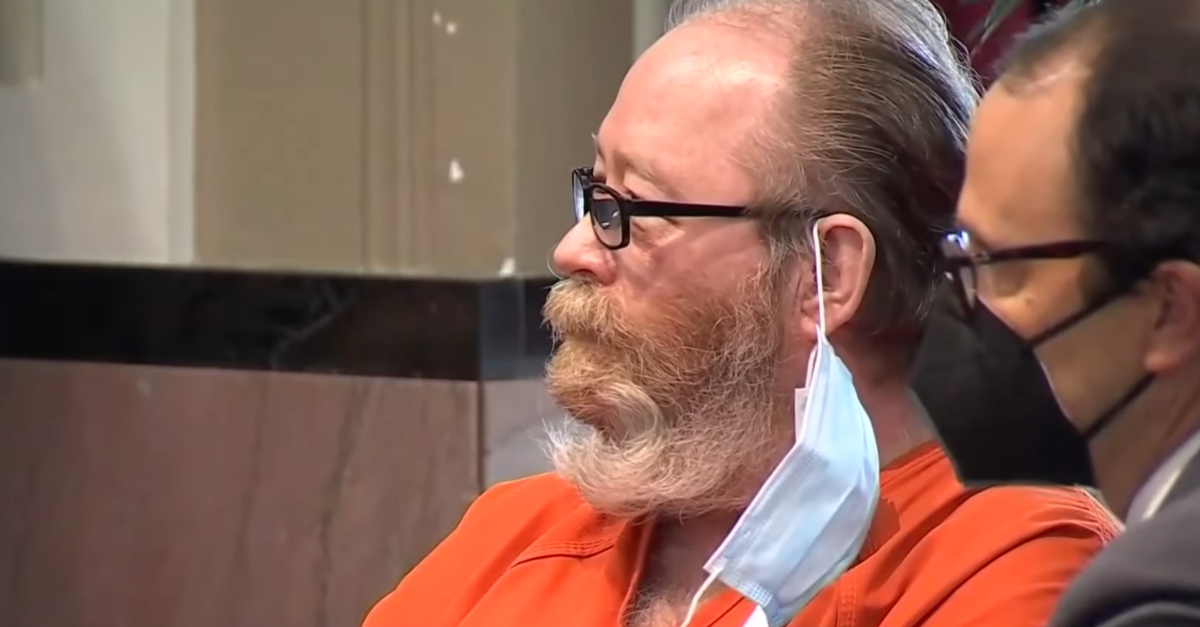 An Oklahoma serial killer already condemned to death last year to killing a teen received a life sentence on Wednesday after pleading guilty to murdering two other girls. He is expected to plead guilty to killing a young woman, according to KPRC.

William Lewis Reece, 62, was sentenced to life in prison for slaying Laura Smither, 12, and Jessica Cain, 17, in Galveston County, Texas, during a spate of four killings in 1997. He is going to Brazoria County, Texas, expected to admit to killing Kelli Ann Cox, 20.

Reece was sentenced to death in Oklahoma last year for strangling Tiffany Johnston. Officials said he confessed to killing the 19-year-old newlywed. Authorities found the missing woman’s Dodge Neon with the keys still in the ignition. Her dead body was later found in Canadian County, Oklahoma. He claimed that she yelled at him for spraying her at a car wash, according to The Oklahoman. Reece said he strangled her with his hands and a rope after she struck him with a horseshoe.

Prosecutors said Reece articulated his motive this way: “She pissed me off.”

Reece said he raped her but stopped because it was too hot, authorities said.

Assistant Public Defender Jacob Benedict argued that his client made a false confession in Johnston’s death. A Texas Ranger promised Reece prosecutors would not seek the death penalty, he said.

But jurors convicted him and a judge agreed Reece should be sentenced to death.

“He likes to abduct, sexually assault girls and young women and sometimes kill them,” Assistant District Attorney Jimmy Harmon reportedly told the jury during closing arguments in late May 2021. “It was his thing.”

Now, across state lines, Reece has admitted to killing Smither and Cain. New DNA testing in 2015 resulted in investigators identifying Reece as the suspect in Johnston’s death. Reece confessed in 2016 to killing Cain, Cox, Johnston, and Smither, officials said.

“There were times we doubted whether we’d get any resolution at all,” her father Bob Smither told KPRC in 2021.

“I’m just glad that he can never harm another innocent young woman,” Jessica’s father C.H. Cain told KTRK in a statement during the Oklahoma trial. “We will miss Jessica every day of our lives, but as for Reece, my heart had been at ease for a very long time, because I know that the final judgement belongs to God. What happens on Earth is temporary. What God decides is eternal.”

There were five surviving victims, authorities said at the Oklahoma said. This included a University of Oklahoma student Reece kidnapped and sexually assaulted in 1986, and a woman he raped that same year, authorities said. Pivotally, this also included Sandra Sapaugh, whom he kidnapped in 1997. Sandra managed to jump out of his moving truck on I-45. Texas prison records show he was sentenced the following year to 60 years in prison for aggravated kidnapping. He will be eligible for parole in that matter starting on Oct. 16, 2027, but that’s now a moot point because of the developments in the cases for Johnston, Smither, Cain, and presumably Cox.

Reece’s disturbing behavior went back even into his personal life.

“He said if I didn’t go out with him, he was going to shoot himself,” Reece’s first wife Judy Fleming told The Dallas Morning News in 2016. She described this statement as appearing good-natured, but Reece, who married her when they were teenagers, first cheated on her, and then he became physically abusive after she filed a second time for divorce.

“He broke into my house and beat me up,” she said. “Put a knife to my throat. Threw me down and put a shotgun to my head.”

She said Reece’s second wife called her multiple times to take him back.