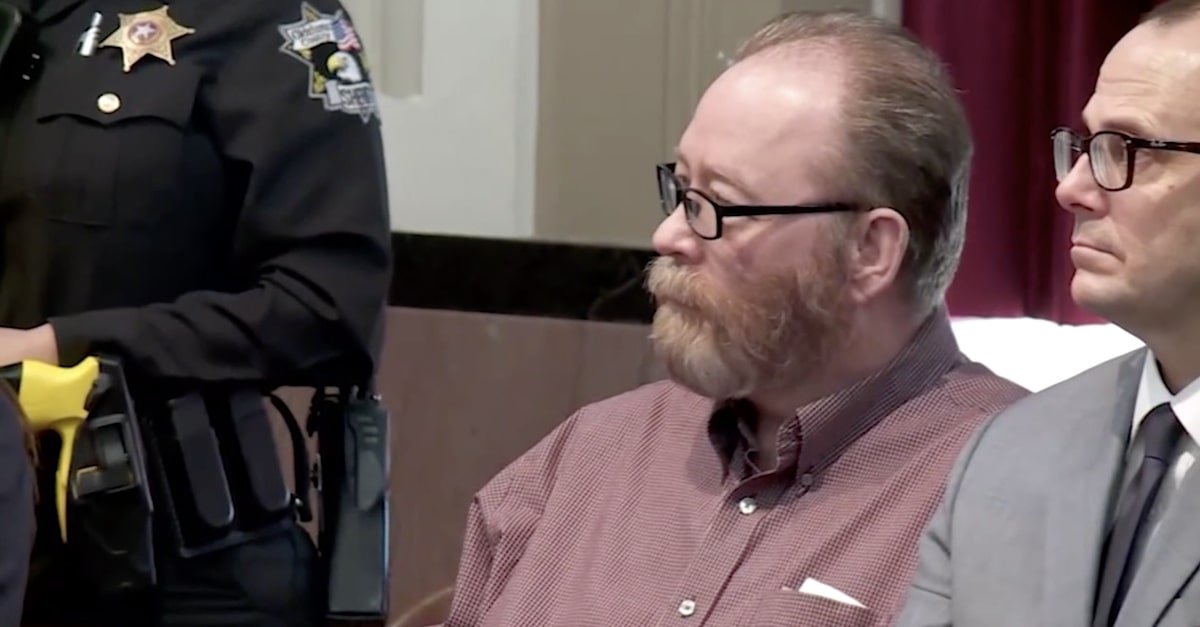 A little more than two months after an Oklahoma jury recommended a death sentence, serial killer William Lewis Reece’s fate has been sealed by a judge over the death of a teen, according to news reports and the case’s docket.

During Reece’s trial for strangling newlywed Tiffany Johnston to death in a car wash, jurors reportedly heard the man’s confessions to four separate slayings in 1997: three in Texas and one in Oklahoma. Reece had been previously serving a 65-year sentence for the aggravated kidnapping of Sandra Sapaugh, who jumped out of a car and lived to tell police about her brush with a man authorities called a “true predator,” according to the ABC-affiliated TV station KTRK.

Johnston was not able to escape Reece with her life. The killer choked her to death at age 19 that same year. The teen disappeared in July 1997, when authorities spotted her Dodge Neon with her keys in the ignition. But she reportedly was not in the car.

Authorities found the victim’s naked body the next day in a field in Oklahoma’s Canadian County.

Nearly two decades would pass before DNA evidence linked Reece to Johnston in 2015, after examiners reportedly took vaginal and rectum swabs from the slain newlywed. Reece, who had been incarcerated for Sapaugh’s kidnapping at the time, confessed to the four killings when confronted by authorities the next year.

Oklahoma County District Judge Susan Stallings, who affirmed the death penalty for Reece on Thursday, let prosecutors show the jury his confessions during his trial this past spring, the Oklahoman reported.

As reported by the Oklahoman, Reece agreed with detectives that he had a dark side right after his confession.

“Well, yeah, ain’t no doubt about it. I ain’t going to lie to you,” Reece reportedly told the detective.

24 years after several young girls and women were brutalized and murdered in Oklahoma and Texas, William Lewis Reece has been sentenced to death. This is specific to the murder of Tiffany Johnston in Bethany, Oklahoma in 1997. More to folo on @KPRC2 pic.twitter.com/LPJ0GGCV4l

“He likes to abduct, sexually assault girls and young women and sometimes kill them,” Assistant District Attorney Jimmy Harmon reportedly told the jury during closing arguments in late May. “It was his thing.”

An Oklahoma jury previously sentenced Reece to death in June, some 24 years after the deaths of the young women and girls.

Records show that Reece filed his notice of appeal on Thursday. Reece’s lawyer, Assistant Public Defender Jacob Benedict, did not immediately respond to a voicemail requesting comment, but press accounts suggests he did not dispute that his client is a killer. Instead, Benedict reportedly told jurors that his client confessed because a Texas Ranger had promised that prosecutors would not seek to put him to death in Texas.

“A promise he couldn’t keep, but still a promise,” Benedict told jurors, according to the Oklahoman.

When Reece was being tried on death-penalty counts this past spring, Jessica Cain’s father released a statement that the family would be at peace, whatever the outcome.

“I’m just glad that he can never harm another innocent young woman,” C.H. Cain told KTRK in a statement. “We will miss Jessica every day of our lives, but as for Reece, my heart had been at ease for a very long time, because I know that the final judgement belongs to God. What happens on Earth is temporary. What God decides is eternal.”