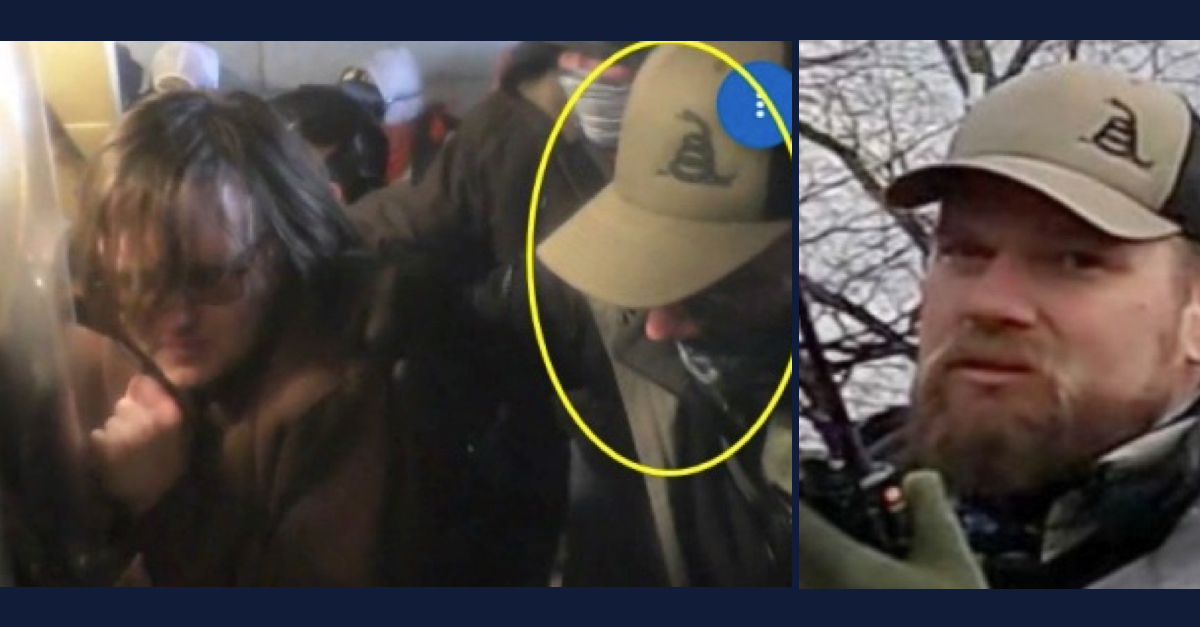 A Rhode Island nuclear facility engineer who allegedly engaged in multiple assaults against police officers at the U.S. Capitol on Jan. 6 has been charged with multiple crimes, including a felony.

Bernard Joseph Sirr, 41, was arrested Wednesday, according to a DOJ press release. He is accused of illegally entering Capitol grounds on Jan. 6, 2021, as scores of Donald Trump supporters sought to block Congress from certifying Joe Biden’s win in the 2020 presidential election.

Sirr was allegedly among the crowd shouting “heave, ho!” as the riotous crowd locked horns with police at the tunnel on the Lower West Terrace of the Capitol. Prosecutors say that YouTube videos show Sirr repeatedly engaging “in a violent assault against multiple law enforcement officers in the tunnel.”

He was also reportedly seen marching toward the Capitol as part of a “stack” formation — a tactic allegedly used by members of the Oath Keepers extremist militia group, some of whom are charged with seditious conspiracy. A YouTube video appears to show Sirr “marching with a group of other individuals” with his left hand on the shoulder of the person in front of him, according to prosecutors. 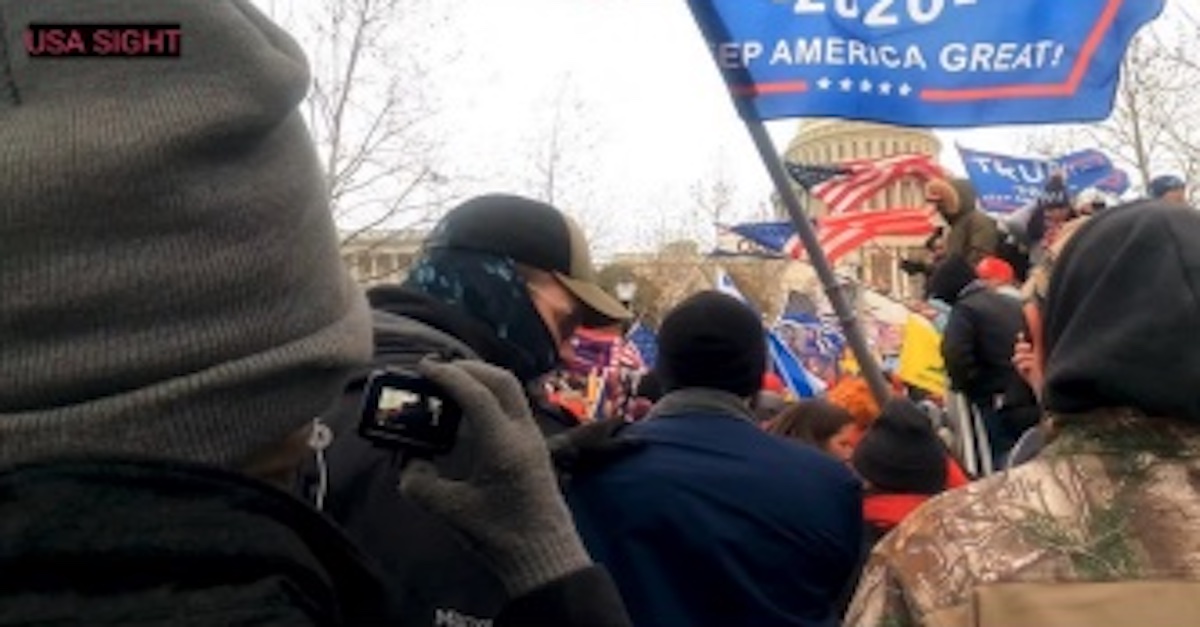 Image via an FBI court filing.

According to the Statement of Facts in support of the criminal complaint, Sirr was seen entering the tunnel on the Lower West Terrace of the Capitol building at around 3:08 p.m. and making his way toward the front of the police line that was trying to hold back the crowd.

Prosecutors say he pushed against the police line multiple times. At one point, he is seen on video “pushing against rioters who are assaulting police officers,” the Statement of Facts says.

That same video apparently shows Sirr “holding onto and pushing the individual in front of him in a brown shirt with long brown hair, later identified as Patrick McCaughey III, while McCaughey is pushing into the police line,” the document says.

McCaughey has been charged in a multi-defendant case with participating in the assault against Capitol Police Officer Daniel Hodges, who was seen on video being crushed by rioters who were using a riot shield to pin Hodges to a door.

Hodges can be heard screaming in pain as the physical pressure intensified. He has said he thought that he was going to die during that encounter.

Sirr allegedly stayed inside the tunnel for less than 10 minutes, during which time he joined the mob in a direct effort to overwhelm law enforcement, prosecutors say. While Sirr is seen on video participating in the assault, the crowd of rioters can be heard shouting “Heave! Ho!” according to the DOJ.

Sirr left the tunnel at around 3:14 p.m., prosecutors say, but he wasn’t done.

About one hour later, he is reportedly seen on surveillance footage returning to the Lower West Terrace doorway, where he once again pushes other rioters who appear to be pushing against the police.

Around 10 minutes after that, police body-worn camera footage appears to show Sirr being ejected from the tunnel.

Sirr has been charged with obstructing law enforcement during a civil disorder, a felony punishable by up to five years in prison. He has also been charged with four related misdemeanors, including engaging in physical violence in a restricted building or grounds and impeding passage through the Capitol grounds or buildings.

Local news reports say the defendant is the same Sirr listed as a facility engineer at the Rhode Island Nuclear Science Center, which operates the Ocean State’s only nuclear reactor. State records show that he has an annual salary of around $82,000.

A representative from the facility did not immediately respond to Law&Crime’s request for comment. However, according to The Providence Journal, a spokesperson for the state’s Department of Administration confirmed that Sirr was now on paid administrative leave.

Citing its own archives, the newspaper further reported that Sirr “was serving with the U.S. Army’s 10th Mountain Light Infantry at Fort Drum, New York, at the time of his wedding in 1999.” He was reportedly part of a “quick-reaction force” in Bosnia in 1998 “whose role it was to protect the United Nations peacekeepers,” the newspaper added.

Read the Statement of Facts, below.