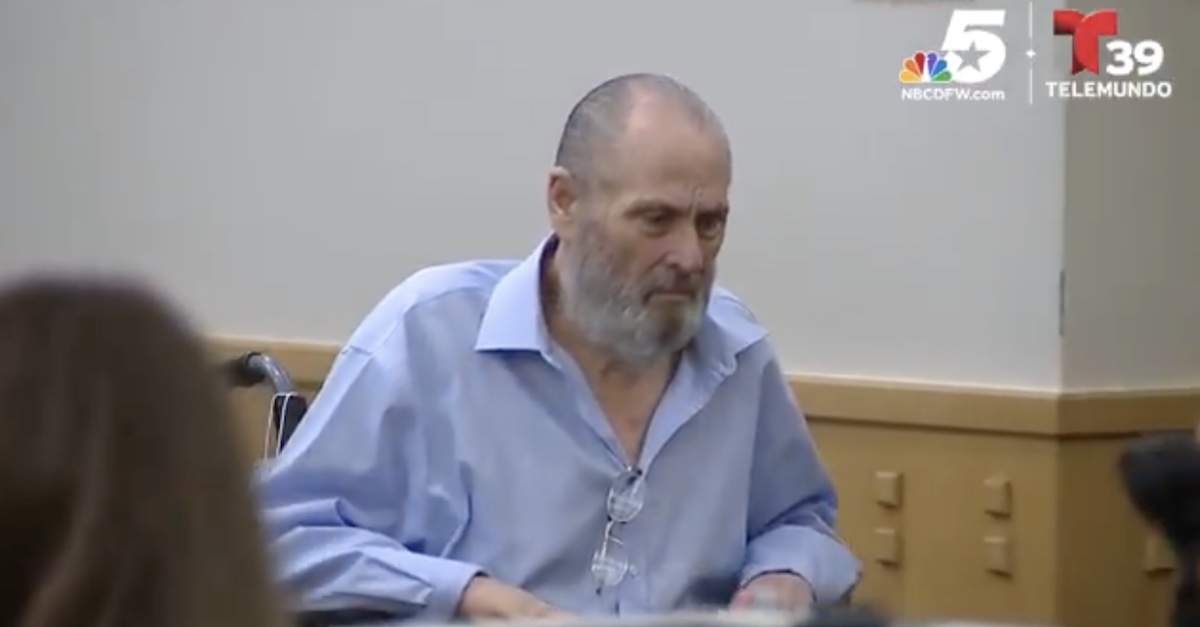 The 78-year-old Texas man who last year was indicted for the 1974 kidnapping and murder of 17-year-old high school junior Carla Jan Walker waived his right to a jury trial and changed his plea to guilty on Tuesday.

#NEW: After two days of testimony in a Fort Worth courtroom, Glen McCurley changed his plea to guilty in the 1974 murder of Carla Walker. He was sentenced to life in prison. pic.twitter.com/IxdHiJWzVs

According to a report from Dallas-based NBC affiliate KXAS-TV, after entering the Tarrant County Courtroom at approximately 8:40 a.m. on Tuesday, Glen Samuel McCurley was sworn in before Judge Elizabeth Beach and then changed his plea from not guilty to guilty following two days of trial testimony.

The station reported that Beach began the Tuesday’s proceeding by stating that she had been given a document “in which McCurley had confessed to Walker’s kidnapping and murder,” then had him confirm that he understood that he had a right to proceed with the trial before formally changing his plea.

McCurley responded by saying he was “guilty” of the crimes charged against him. Beach then “immediately” sentenced him to life in prison for capital murder. You can watch the moment the defendant change his plea and was sentenced below:

Following the change of plea, the trial concluded and the proceedings shifted to hearing victim impact statements from Walker’s family.

Speaking directly to McCurley, Walker’s sister Cindy Stone said that she wished he would have come clean about Carla’s murder “a long time ago.”

“You had choices, lots of choices that night. You went out to kill somebody. You had your gun, you had your alcohol, you had your whiskey, and you’re still not telling the truth about everything you did,” she said, according to a report from the Star-Telegram. “I want to know if you’ve done this to anybody else, you need to bring that out, because those families need to know, too. You have nothing to lose at this point. Because it’s been hell.”

Victim Impact Statement:
Carla Walker’s sister tells Glen McCurley he should have confessed his guilt sooner. He Put their family through hell all these years. Pleads for him to confess to any other murders he may have committed for those families too. @NBCDFW https://t.co/X0Q42ZEpj8 pic.twitter.com/VFV555APwe

Prosecutors on Monday played footage of an interview McCurley had with detectives in 2020 in which he appeared to confess to the murder, eventually telling police that he had been out all night drinking.

“I took advantage of her, I guess,” McCurley said during the interview, according to the Star-Telegram. “I choked her to death, I guess. I didn’t beat her up and all that kind of crap.”

He added that he was afraid Walker “would tell on me.”

One of the officers then asked if McCurley was “guilty of raping and killing her.”

“I guess,” he responded.

As previously reported by Law&Crime, Fort Worth police said in September 2020 that McCurley was the man who attacked Walker and her high school sweetheart in a bowling alley parking lot, kidnapped her, killed her elsewhere, and discarded her body in a culvert. While the department acknowledged that he was on their radar at the time, police said they lacked the evidence to sufficiently connect him to the crime.

That changed with the passage of time and developments in technology, as forensic investigators were able to re-test DNA found on clothing and a bra worn by Walker on the night she was killed. The results, which were uploaded to a genealogical database, linked the DNA sample to three brothers, one of whom was Glen McCurley.