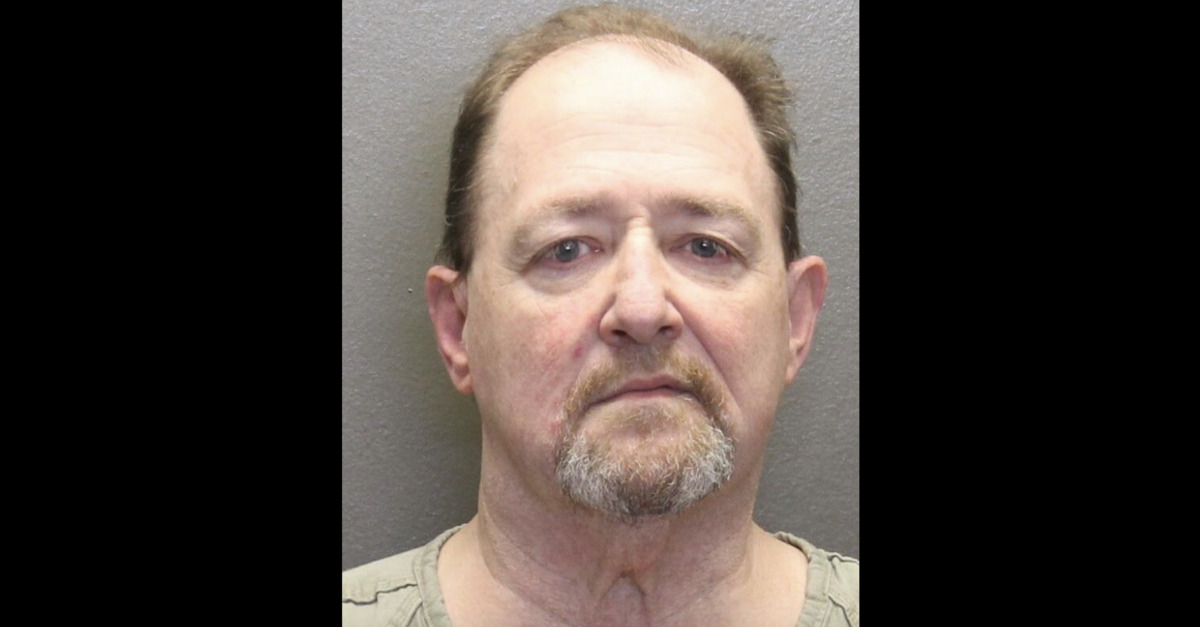 Clayton Bernard Foreman is seen in a jail mugshot.

Mary Catherine Edwards was murdered in her own bathroom in 1995. The killer had sexually assaulted Edwards while she was handcuffed with her hands behind her back before drowning her in the bathtub. Earlier this week, the alleged culprit was finally arrested.

A beloved teacher in the small town of Beaumont, Texas, Edwards was only 31 years old when she was last seen alive on the night of Friday, January 13, 1995.

According to file coverage by the Beaumont Enterprise, her parents quickly grew concerned after Edwards didn’t answer or return phone calls — prompting a visit to her recently-acquired townhouse. Instead of calming their fears, they found the worst — the gruesome scene where someone had hurt and taken their daughter away forever.

“When they arrived, they found Edwards drowned in her bathroom,” a Texas Department of Public Safety news release said at the time. “She had been sexually assaulted and killed.”

And for years that was what investigators knew. The case hit a brick wall, the trail went cold, and some $10,000 worth of DNA testing yielded nothing of value in 2006 — eleven years after the murder.

“We just haven’t found the right person,” then-Beaumont Police chief Lieutenant Charles Tyler told the Enterprise at the time. “As more and more people are put into the [DNA] database, it gives me hope that we will get more of the offenders.”

In 2014, newly-elected Jefferson County District Attorney Bob Wortham asked the Beaumont Police Department to restart their efforts anew. Law enforcement was more than happy to oblige. After all, they had, for years, insisted that it was only a matter of time.

“The very first day I was sworn in as district attorney, I called [current Beaumont Police Chief James] Singletary and asked him to put some people on the Edwards case because it was such a terrible set of facts,” Wortham told the outlet. “I really wanted to find a way to solve that case.”

In early 2020, the clock belatedly began to tick.

According to San Antonio-based NBC affiliate WOAI, police entered DNA information into various databases before getting a positive match on the nonpublic GEDmatch database.

On April 15, the FBI office in Cincinnati and the Reynoldsburg, Ohio Police Department obtained some of Foreman’s trash and tested various DNA samples against their guess.

On April 28, the results came back.

“These lab results confirmed Foreman is the suspect that entered Edwards’ residence, bound her hand behind her back, sexually assaulted her, and subsequently murdered her,” police alleged in court documents.

After initially being split on two possibilities, Foreman and his brother, investigators centered in on their suspect due to his criminal record for what they claim was a similar crime in 1981.

In that case, Foreman pleaded guilty to sexually assaulting a fellow high school classmate — one who he had tricked into believing that he was a police officer while she was stranded and looking for help before he tied her up with a belt, held a knife to her neck, and raped her.

“There are numerous similarities in the 1981 case and the Edwards murder,” the probable cause affidavit obtained by the Enterprise said. “Foreman claimed to be a police officer in the 1981 case, and in Edwards’ case the suspect utilized police tools of the trade.”

According to local Fox affiliate KFDM, the 61-year-old was an organizer of Forest Park High School reunions and specifically in charge of tributes to dead classmates.

Authorities note that the alleged murderer was also quite familiar with his second apparent victim: Edwards was a bridesmaid in Foreman’s 1982 wedding.

He is currently being held for extradition to Texas on a capital murder charge and does not currently have an attorney.

“It is a sigh of relief to hear they have a suspect,” Edwards’ former student La’Toyya Twine-Ozane told the Enterprise. “She didn’t deserve to die.”