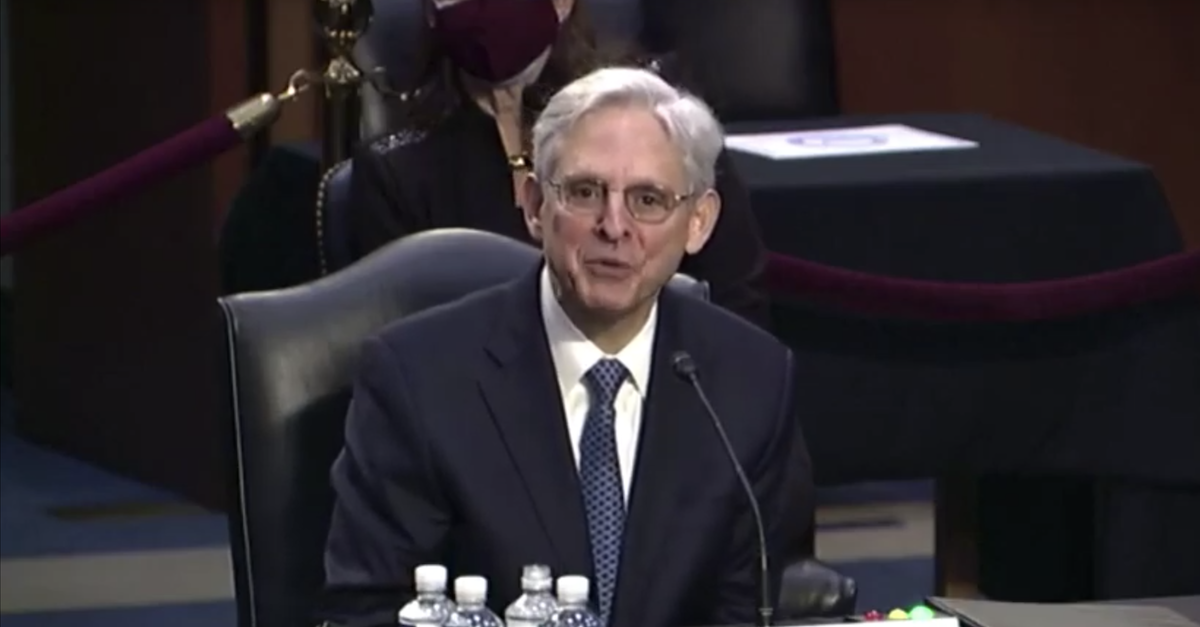 In a move said to update the definition of a firearm for the first time since 1968, the Justice Department on Friday proposed a rule on Friday aiming to patch what has become known as the “ghost gun loophole.”

“We are committed to taking commonsense steps to address the epidemic of gun violence that takes the lives of too many people in our communities,” Attorney General Merrick Garland wrote in a statement. “Criminals and others barred from owning a gun should not be able to exploit a loophole to evade background checks and to escape detection by law enforcement.”

The announcement advances a longstanding policy objective of President Joe Biden, who explained the “ghost gun” phenomenon during his first speech before a joint session to Congress.

“These are homemade guns built from a kit that includes directions on how to finish the firearm,” Biden told Congress late last month. “The parts have no serial numbers, so they show up at crime scenes and they can’t be traced. The buyers of these ghost gun kits aren’t required to pass any background check. Anyone, from a criminal or terrorist, could buy this kit and within 30 minutes have a weapon that’s lethal.”

“And I will do everything in my power to protect the American people from this epidemic of gun violence, but it’s time for Congress to act as well,” Biden added.

Expanding upon Biden’s executive order to curb these weapons, the Justice Department’s proposed rule seeks to combat it by updating the definition of a firearm to keep pace with the technology. Words and phrases like “firearm,” “gunsmith,” “complete weapon,” “complete muffler or silencer device,” “privately made firearm (PMF),” “firearm frame or receiver” and “frame or receiver” get an definitional update.

So does the word “readily,” in a nod to how easily such weapons can now be made.

“Technological advances have also made it easier for unlicensed persons to make firearms at home from standalone parts or weapon parts kits, or by using 3D printers or personally owned or leased equipment, without any records or a background check,” the 115-page proposed rule states.

The self-assembled firearms are often untraceable because of their lack of a serial number.

“This proposed rule would help keep guns out of the wrong hands and make it easier for law enforcement to trace guns used to commit violent crimes, while protecting the rights of law-abiding Americans,” Garland said in his statement on Friday. “Although this rulemaking will solve only one aspect of the problem, we have an obligation to do our part to keep our families and our neighborhoods safe from gun violence.”

On a recent episode of Law&Crime’s podcast “Objections,” Waterbury Police Chief Fernando Spagnolo noted in an interview that his home state of Connecticut already bans such weapons, but ghost guns will keep spilling over the state’s border without federal action. Spagnolo testified before Congress earlier this year to urge measures to curb gun violence.

“There was a extreme tragedy here, not in Waterbury, but just north in the suburbs about a year ago, where two young children under the age of 18 were shot to death by a live-in boyfriend of a mom who, in turn, after he shot the children, shot himself,” Spagnolo recounted, adding that he would have been prohibited from carrying weapons.

The Justice Department notes that stories like these are far from unique.

“From January 1, 2016, through December 31, 2020, there were approximately 23,906 suspected [privately made firearms] reported to ATF as having been recovered by law 12 enforcement from potential crime scenes, including 325 homicides or attempted homicides,” the proposed rule notes.

The public will have 90 days to submit comments on a proposed rule, from the moment it is entered on the Federal Register.

Read the proposed rule below: