Women Chased Down Creeper Who Watched Them Change Clothes, Made Sure He Was Arrested: Police 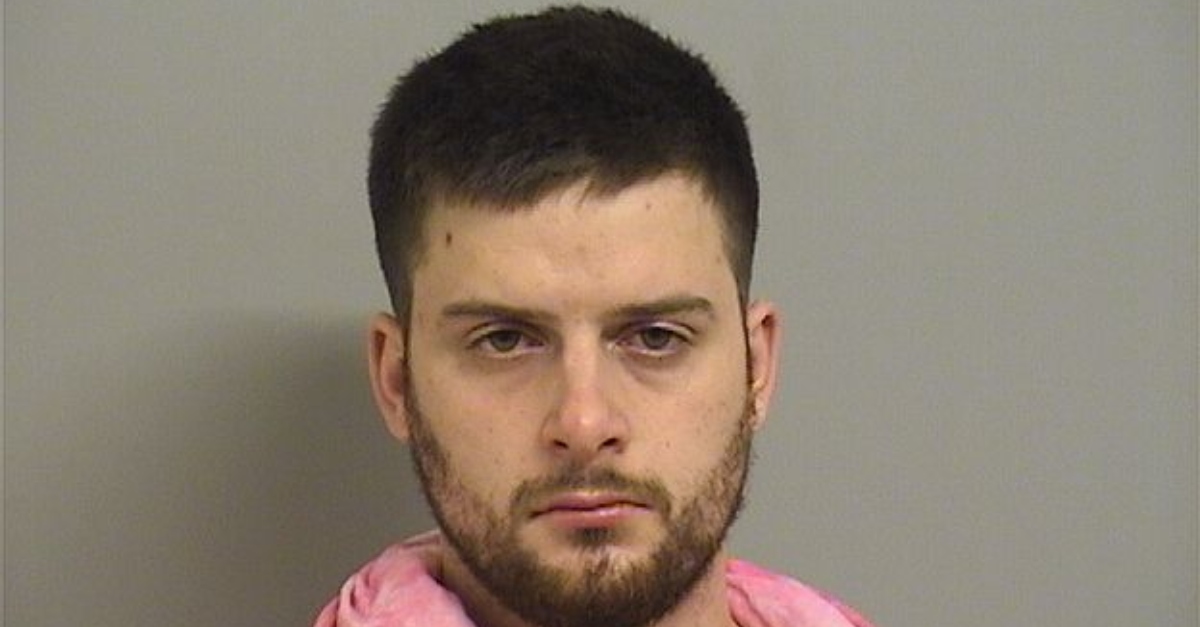 A man allegedly creeped on women changing clothes, but he was immediately hit with a healthy dose of karma: the women spotted him, chased him down, overpowered him even though he lashed out in violence, and made sure he was arrested.

Taylor Rogers was booked into the Tulsa County Jail in Oklahoma on Friday for a peeping tom case, records show. According to cops, officers got called to a home around 2:30 a.m. where several women had a man pinned to the ground waiting for police to arrive.

It allegedly turned out that the individual identified as Rogers followed three women home from a bar. Cops said he “started messing with” the breaker box at the residence and watched the three women through the window change their clothes. Rogers then attempted to take out the window screen, cops said.

What allegedly happened next is what the kids these days (and singer John Lennon) call “instant karma.” The women saw the suspect, and at least two of them chased him down and scrapped with him. He pulled their hair, punched, kicked, and bit them, the women said in the police account of the incident.

It was to no avail because the women overpowered Rogers and kept him there at the scene until officers arrived, according to the official story.

Rogers was arrested for a count of peeping tom, one count of attempted first-degree burglary, and two counts of aggravated assault and battery. He was held on a $1,000 bond but was released in the afternoon, jail records show. He is scheduled for court on Thursday.